Here Come the Holidays: What to Watch This Week 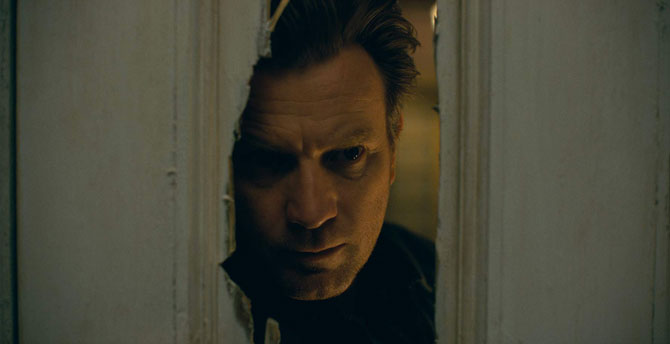 The big year-end releases continue trickling out as the holiday season gathers steam. This week, we get another restart of the Charlie’s Angels franchise, now helmed by Elizabeth Banks, who is writing and directing a trio of Angels that includes Kristen Stewart, Naomi Scott (Aladdin’s Jasmine) and Ella Balinska. With awards in its sights, Ford v. Ferrari banks on the star power of Matt Damon and Christian Bale to rev moviegoers’ engines about the 1966 24 Hours of Le Mans race. The Good Liar looks like another film seeking approval via awards for leads Ian McKellan and Helen Mirren as a con man and his latest mark. Finally, Walter Dean Myers’ high school lit class mainstay, Monster, gets adapted in All Rise.

Ciné still has Parasite through Thursday, as well as Almodovar’s newest, Pain and Glory. (More on that one below.) If you have yet to see Taika Waititi as Hitler in Jojo Rabbit, which opened at Beechwood last week, it is on the way to Ciné. Gonzoriffic 2019 presents locally made underground films, including Nerd Box, Vincent Price’s Skull, Supermoon and more, on Nov. 15–16. Bad Movie Night returns on Nov. 19 with Terror Squad, a 1988 movie best known in Kokomo, IN, where it is set and, mostly, shot.

Flicker offers the 1980 music documentary and concert film Sun Ra: A Joyful Noise on Nov. 14. The ACC Library continues its Film Noir Confidential series with Gun Crazy on Nov. 19. The University Union offers a second chance to see Shaft and Dark Phoenix at Tate from Nov. 15–17. Dark Phoenix may not live up to its iconic source material, but it is not the abject disaster some make it out to be. (It would have been more fun had it been.) Elsewhere at UGA, the Middle East Film Series continues with the excellent Paradise Now on Nov. 13 at LeConte Hall. Tupinamba: The Return of the Land documents the group’s struggles for recognition on Nov. 14 at Hirsch Hall.

At Beechwood, Flashback Cinema continues celebrating the holiday season with the greatest Christmas movie of all-time, Die Hard, on Nov. 13 and The Polar Express on Nov. 17.

DOCTOR SLEEP (R) Doctor Sleep somehow pulls off being both a sequel to Stanley Kubrick’s 1980 horror classic The Shining and an adaptation of Stephen King’s 2013 novel. King famously did not like Kubrick’s film but has been enthusiastic about this sequel. While writer-director Mike Flanagan, a horror darling in search of a box office hit, is no Kubrick, the clarity of his narrative filmmaking is flawless. Ewan McGregor stars as grown-up Danny—now Dan—Torrance, who has drowned his ability to “shine” in years of drink. With a clear mind, Dan meets Abra, whose similar powers have drawn the attention of Rose the Hat (Rebecca Ferguson) and her tribe of steam-pires. Flanagan balances the demands of adapting a large work by King, itself a sequel, with the changes needed to place it in the world fashioned by Kubrick. The result should satisfy both camps.

LAST CHRISTMAS (PG-13) A Hallmark TV holiday movie cannot be any worse than this disaster from director Paul Feig and screenwriter Emma Thompson. Inspired by the Wham! Christmas classic, Last Christmas stars Emilia Clarke as a self-destructive young woman who meets-cute a nice, bland guy (Henry Golding). Last Christmas is no more about Christmas—its Christmas store setting means it could happen in July—than it is a romantic comedy or about homelessness in London or the plight of Yugoslavian immigrants like the one hammily played by the usually stalwart Thompson. While the music of George Michael adorns the movie, it serves no purpose. Clarke has a wonderful voice, but she is barely tasked with singing any of the late artist’s songs. Every filmmaking instinct feels wrong. Just watch Love Actually for the umpteenth time.

PAIN AND GLORY (R) Pedro Almodovar is one of the most consistent filmmakers in the world. Pain and Glory stars Antonio Banderas as an acclaimed Spanish director, Salvador Mallo, whose hairstyle will remind astute filmgoers of you know who. Retired due to physical ailments, Mallo seeks solace in heroin as he struggles to deal with the loss of his beloved mother (played in her prime by Penelope Cruz) and his career. If cinema is about telling the stories of people, per Scorsese and Coppola’s recent criticisms of the MCU, Pain and Glory is cinema at its finest. Gorgeous visuals—the opening titles alone deserve all the awards given for title sequences (are awards given for title sequences?—and Banderas’ best performance, um, ever highlight a stirring, emotional tale from one of the greatest living filmmakers. Pain and Glory may be as close as we get to an Almodovar biopic—just do not read too much into it.