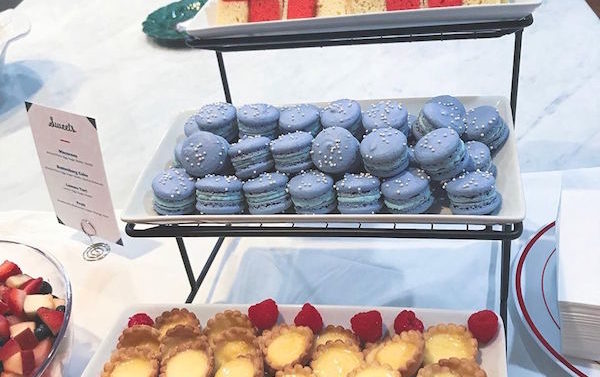 It’s been almost four years since the long-running Lumpkin Street Café closed, but something is finally brewing in the old house between Fleet Feet and the credit union. Luke Martineac, a young entrepreneur and business-type dude, found himself here in Athens while his wife pursues a doctorate in marine studies, wanted something to do and felt there was a need for a breakfast-and-lunch hangout in Five Points. Working with his brother, Peter, he’s getting ready to open the Café on Lumpkin, aiming for late February.

The name isn’t intended to pay homage to its predecessor, although as Martineac researched, he heard plenty about that much beloved restaurant. The word “approachable” comes up a lot as he chats about his plans, although one could also characterize them as ambitious. Breakfast will include basics like bacon, eggs and similar homey things, but also crepes, housemade pop tarts, quiche, breakfast burritos and more. Lunch will bring soups, salads and sandwiches (also available as savory crepes) of a type that are familiar to Five Points: chicken salad, egg salad, BLT with avocado. Lots of stuff will be free of gluten, dairy and/or nuts. What the café will offer that Athens doesn’t have is British-style afternoon tea, with three-tiered platters of finger sandwiches, scones, clotted cream, housemade jams and chocolates, Battenberg cake, quickbreads and, of course, teas. Martineac spent some time in Hong Kong, where he got fairly serious about tea.

Martineac and his brother have owned a restaurant before, in Las Vegas, on a completely different scale. They plan to make a lot in-house, including their own cola syrup and some pretty impressive macarons. The kitchen is getting expanded and a to-go counter put in near the front, plus some attention is being paid to the garden out front that always made the patio a pleasant experience.

How Should I Prepare for Meeting My Online Friend IRL?