Dora, Angry Birds, Spooky Stories and More: What to Watch This Week 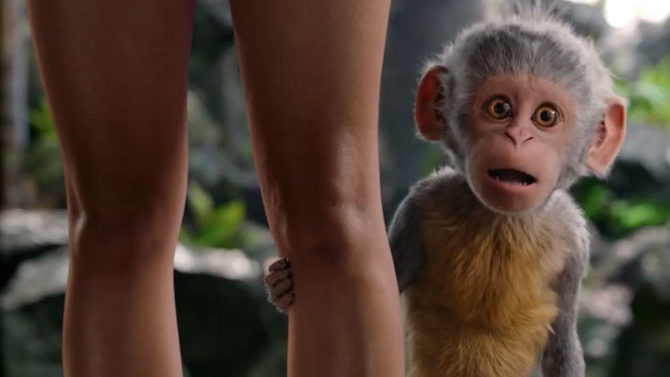 I always look forward to a celebratory birthday movie. My options this year lack a runaway frontrunner, though the coming-of-age via Bruce Springsteen lyrics dram-com Blinded by the Light is the most likely choice. I never saw The Angry Birds Movie, so I am not sure I will be able to follow The Angry Birds Movie 2. Kidding! My kid will probably demand we see it. The trailers for Good Boys—think Superbad with sixth graders—look entertainingly naughty. On the other hand, the trailers for 47 Meters Down: Uncaged lack the caged appeal of its gimmicky predecessor. Where’d You Go, Bernadette, the new film from Richard Linklater, stars Cate Blanchett as a runaway mom and certainly piques movie-going interest, if it arrives this week.

You can still see Once Upon a Time in Hollywood and The Farewell at Ciné—both are excellent. (More on The Farewell later.) New arrival Toni Morrison: The Pieces I Am hits Ciné at the perfect time to celebrate the late Pulitzer Prize winner’s extraordinary life and output. On Aug, 15, Pachinko Pop Cinema presents Battles Without Honor and Humanity, the 1973 flick that helped popularize the yakuza subgenre, at Flicker. On Aug. 19, Kuso, the 2017 debut film from Flying Lotus—the brain behind most of the Adult Swim bumper music—arrives at Flicker. The four-part vignette about the mutated survivors of a devastating Los Angeles earthquake reportedly led people to walk out at Sundance. Consider yourself warned or tempted.

DORA AND THE LOST CITY OF GOLD (PG) The target demographic for the live-action adaptation of the popular Nickelodeon cartoon “Dora the Explorer” is unclear. Director James Bobin (the 2011 Muppets update) and writers Nicholas Stoller and Matthew Robinson aim too many jokes at the millennials who grew up exploring with Dora, but are they going to pack theaters for their childhood pal? Today’s current crop of fans—i.e., my 4-year-old son—missed these jokes, but definitely got the scatological ones.

Isabella Moner (Instant Family) provides plenty of exuberance to power the movie to its conclusion, which it executes more confidently than its setup. The scenes of Dora in high school are trite and whimsically cruel. Once Dora, Diego (Jeff Wahlberg) and a couple of unnecessary friends hit the jungle with Eugenio Derbez in search of Dora’s parents (Michael Pena and Eva Longoria), the movie hits an Indiana Jones Jr. stride with a climactic homage—were I not feeling generous, I would call it a ripoff—to Raiders of the Lost Ark and Last Crusade. But my kid liked it, so Dora, animated or not, has still got it.

SCARY STORIES TO TELL IN THE DARK (PG-13) This adaptation of Alvin Schwartz’s popular horror anthologies written from 1981–1991 establishes an appropriately forbidding tone. In 1968, a band of misfit high schoolers (Zoe Margaret Colletti, Michael Garza, Gabriel Rush and Austin Zajur) make a dead woman named Sarah Bellows so angry she starts writing terrifying new stories about them. The first act sets up a terrific frame for the traditional horror anthology that never comes. Eventually, viewers discover the frame is the narrative, as this makeshift Scooby gang investigates a way to get Sarah to lay off.

Several of Schwartz’s stories get referenced, told or adapted as Trollhunter director Andre Ovredal and his artistic team struggle to conjure up images as frightening as Stephen Gammell’s original charcoal-and-ink art. Horror is currently dominated by tame PG-13 movies, so a movie inspired by the campfire tales and urban legends that ushered a generation over the horror threshold may be archaic. Still, these Scary Stories should make those younger fans who thought Goosebumps was for kids jump.

THE FAREWELL (PG) Filmmaker Lulu Wang’s debut film is so generous in spirit. She tells a sad story about a “good lie” one Chinese family tells its Nai Nai (paternal grandmother), yet the grief never overwhelms the joy felt by this dying woman, whose family is reunited for the first time in 25 years. As struggling writer Billi, Awkwafina—best known for telling jokes in Crazy Rich Asians—bears the weight of her family’s lie. She is all hunched shoulders and controlled sadness, yet bursts of joy escape whenever she interacts with Nai Nai (another award-worthy performer, Shuzhen Zhou).

With news relating to China focused on wars of trade and currency, The Farewell kindly offers a more intimate look at a nation many know little to nothing about. The reunited family discusses Chinese culture and identity, especially among expats, circumspectly but honestly. The great divide between East and West is safely bridged by family. As the characters must moderate their sadness to maintain their lie, Wang and her cast never allow sadness or humor to dominate the charmingly balanced film.