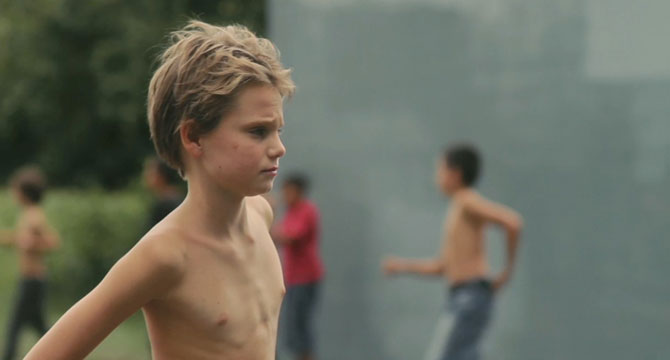 Vive laâ€¦ Oh, You Know: This week is a pretty busy one for film lovers in Athens, with the bulk of the action centered at CinÃ© (not the rest of downtownâ€”more on that later). First off, the EcoFocus Film Festival begins Friday, Mar. 23 and runs through Mar. 31 (you can read all about that in Derek Hill’s article to the left of this one). But overlapping with EcoFocus will be the very welcome reincarnation of the French Film Festival, begun 10 years ago by Richard Neupert, film studies coordinator at the University Of Georgia. The fest took a year off in 2011, and now it’s returning as the French Film Series in its new locationâ€”CinÃ©â€”where, hopefully, it will continue for many years hence.

In a departure from the once-a-week format of the festival at UGA, there will be multiple screenings of each of the four films between Monday, Mar. 26 and Thursday, Apr. 5. Neupert will introduce each film several times over the course of the series, and many of the other screenings will be introduced by different hosts. I’m pretty sure none of the films have been screened in Athens before, and a couple of them are current new releases. And three of them, as Neupert points out, are directed by women. If nothing else about the films’ qualities and sensibilities were sufficient to distinguish them from almost all American movies, that alone would be.

Mia Hansen-LÃ¸ve’s Father of My Children is a deeply affecting, highly intimate portrait of a successful film producer and his young family, and a chronicle of the effects of his professional collapse. It won a Special Jury Prize in Un Certain Regard at the 2009 Cannes Festival, and Hansen-LÃ¸veâ€”who is married to fellow French director Olivier Assayasâ€”appears poised for more success: her latest film, Goodbye First Love, has done well on the international festival circuit and will soon be distributed in the U.S. by IFC.

Point Blank (2010) is a terrific, fast-paced thriller from director Fred CavayÃ© about a nurse’s assistant in a Paris hospital whose wife is kidnapped by the associate of a wounded thief he’s saved, with whom he must form a nerve-wracking alliance as he tries to recover her while being pursued by vicious crooks and cops. It has all the urban grit of banlieue cinema, but the slickness of a Hollywood action filmâ€”without the ostentatiously expensive set pieces, casual sexism or gratuitous stupidity.

ValÃ©ri Donzelli’s second feature, Declaration of War, was screened on opening night of Critics Week at Cannes 2011. Donzelli co-stars with her real-life partner JÃ©rÃ©mie ElkaÃ¯m, with whom she also co-wrote the film based on their own experiences after their young son became gravely ill. It’s only been in distribution here for a month or so, and the mostly enthusiastic reviews paint it as a counterintuitively energetic and upbeat film about a young couple dealing with their infant son’s brain tumor.

Tomboy, the second film by director CÃ©line Sciamma, has also opened in the U.S. only this year, and has gotten even better press than Donzelli’s film. It’s about a 10-year-old girl whose family has just moved to a new suburb, and who finds herself “passing” as a boy. I recently watched Water Lilies, Sciamma’s 2009 debut; it’s a fully engaging study of post-adolescent female sexuality and body image through a trio of thoroughly believable and sympathetic characters. I’m excited to see this new one.

The series is partially sponsored by the UGA French program, as well as by “fans of French cinema in the community,” according to Neupert. For the complete schedule and more details on the films, visit www.athenscine.com.

And This: The other event of particular note at CinÃ© this week is a special screening at 7:30 p.m. Thursday, Mar. 22 of Werner Herzog’s new documentary, Into the Abyss, his typically penetrating inquiry into the ethics of the death penaltyâ€”via, of course, a close-up yet semi-scientifically detached personal case study. The Herzog film will be preceded by Athens filmmaker Jeff Reynolds’ short documentary Jerry, a profile of a former executioner on Virginia’s death row. Reynolds will also be in attendance to present a teaser for his current doc project, Corpus: The Case of Justin Wolfe, which explores the death-penalty conviction of its subject, who says he’s innocent. Reynolds will answer questions after the screening along with Wolfe’s mother, Terri Steinberg, and both will be on hand for a 6 p.m. reception at The National. A portion of the evening’s proceeds will go to The Corpus Film Project; see the CinÃ© website for more details.

That Happened: How cool was it to have downtown Athens taken over by a major film production crew for a couple of days last week, when Clint Eastwood, Justin Timberlake, Amy Adams and about a million other people came to town to shoot scenes for Trouble with the Curve, the directorial debut of Eastwood’s longtime producer and a.d., Robert Lorenz? The folks at Film Athens have been talking about bringing serious film production here for years, and ACC Public Information Officer Sandi Turner says it’s a huge priority for the city. Turner also says her colleague, Jeff Montgomery, worked his tail off last year to get Athens its “Camera Ready Community” designation, and this is what it looks like when that work pays off. More, please.

Quick: ICE-Vision is back at the Lamar Dodd School of Art, with screenings of Robert Downey, Sr.’s Greaser’s Palace Mar. 22 and James Toback’s Fingers Mar. 29. Find ICE-Vision on Facebook for complete info.