Three Holiday Movies to See Around Town, and One to Watch at Home 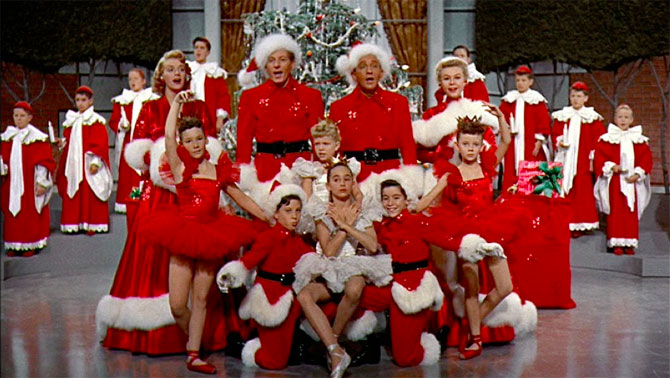 It’s safe to say that your excitement for this holiday season is probably directly related to the number of times you expect to find yourself screaming, “But he lost the popular vote, Uncle Mike!” Holiday films playing around Athens in December are a great way to escape these struggles for 90–120 minutes at a time. Each of these classics offers a unique take on family.

Go Out and Watch:

It’s a Wonderful Life (1946) Frank Capra’s classic is the best of the batch, boasting a dynamic performance from James Stewart as the typical Capra hero of the 99 percent. In the life of George Bailey, family is sacrifice. Bailey compromises his own happiness for the health of his family, high-school sweetheart Mary and their five children. When contemplating suicide after facing financial ruin and arrest, his guardian angel Clarence takes him on a guided tour of a Bailey-less world. Seeing how his family would suffer gives him the will to live again, and he runs home back into their arms.

While the threats to our hero are quickly resolved through the generosity of his neighbors, It’s a Wonderful Life remains refreshingly unique by keeping a foot firmly in the dark places most holiday films avoid.

White Christmas (1954) A traditional format—the movie musical—delivers the squarest morality in Michael Curtiz’s White Christmas. The story hinges on Bing Crosby’s Bob Wallace finding the right woman to start a family, though his partner, Phil Davis (played by Danny Kaye), is more interested in foisting him into the bed of any willing chorus girl. The duo eventually falls in tandem for sisters Betty (Rosemary Clooney) and Judy Haynes (Vera-Ellen), an act so obsessed with family that its signature performance praises the bonds of sisterhood.

Pairing is likewise an obsession of the film, with cinematographer Loyal Griggs framing images of the musical duos as distinct groupings. As relationships form, lush Technicolor compositions group Bob with Betty and Phil with Judy, neatly packaging these newly formed family units as they stage a revue to save a Vermont resort from financial ruin.

National Lampoon’s Christmas Vacation (1989) Like Homer Simpson delivering an ode to alcohol, the third film chronicling the suburban misadventures of the Griswolds views family as the cause of and solution to all of life’s problems. Opening with Clark Griswold (Chevy Chase) compelling his family to sing carols, Clark’s Christmas cheer is soon tested with the arrival of his extended family, including a pre-insanity Randy Quaid’s clueless Cousin Eddie. Though Clark faces temptation via fantasies of a ridiculously attractive department store clerk, a co-worker rightfully calls him “the last true family man.”

There’s a reason Clark’s foils in the film are the Chesters, childless yuppies portrayed as the height of ’80s self-absorption by Nicholas Guest and Julia Louis-Dreyfus. In a comedy that plays runaway sleds and squirrel attacks for humor, the best laughs come from seeing these pretentious sticks-in-the-mud blinded by Christmas lights and assaulted by SWAT teams. While Clark’s fortunes are eventually improved with the help of his family, the Chesters as an incomplete family suffer indignity after indignity with no relief in sight, and it’s hilarious.

In Bruges (2008) For those who consider Die Hard a holiday film, Martin McDonagh’s In Bruges will certainly fill the place in your heart shaped like a funny, smart action movie set during the Yuletide. The Irish playwright’s first film follows veteran assassin Ken (Brendan Gleason) and novice Ray (Colin Farrell) as they hide in medieval Belgian town Bruges after a job gone wrong. While Ken thinks Ray can be redeemed for his fatal error during a recent hit, their boss Harry (Ralph Fiennes, delivering dialogue equal parts hilarious and unprintable) wants Ray to answer for it with his life.

Ray’s fate bounces back and forth between these two father figures in McDonagh’s take on family during the holiday season. Danish cinematographer Eigil Bryld frames the medieval town like the perfect Christmas village. His Bruges is all stone towers peaked in spires and moss-covered bridges spanning canals. The gothic architecture gives the appearance that these life-or-death struggles are taking place inside a giant snow globe. In the loud, violent climax, the globe is shaken, complete with a light snowfall as several of McDonagh’s characters reach bloody ends.

In Bruges is available to rent from Vision Video (1860 Barnett Shoals Road), and streaming via Netflix and other providers.