Farm Bill Could Make Benefits Disappear in a SNAP 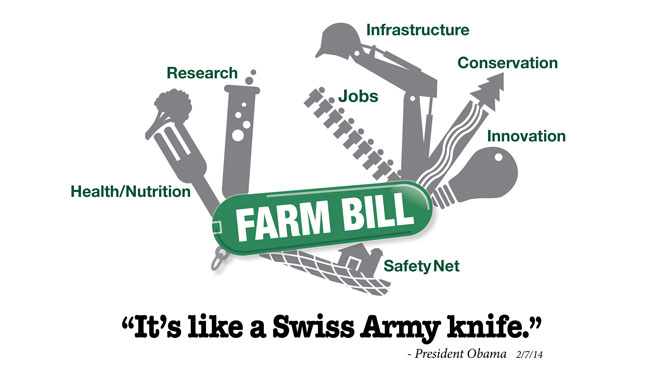 The partisan divide on Capitol Hill is nothing new, but Democrats and Republicans have historically come together every five years to re-up the bipartisan Farm Bill. This huge piece of legislation funds farm subsidies, urban agriculture, farmers’ insurance and other programs that are critical to the stability of farms across the U.S., including the smaller local farms around Athens. It also provides funding for the Supplemental Nutrition Assistance Program (SNAP), commonly known as food stamps.

A conservative House version of the Farm Bill proposed expanding work requirements for SNAP recipients. The new rule would have required able-bodied adults ages 18–59 who are not pregnant or full-time caregivers to work or participate in work training for at least 20 hours a week.

On May 18, the House version failed to pass. But that doesn’t mean future restrictions on SNAP benefits and other types of welfare reform are off the table, and these policies could affect a large proportion of Athens residents.

According to the Urban Institute, an estimated 335,000 people in Georgia would be subject to the new work requirement, if it passes in a later version of the bill, and 67 percent of those individuals would not be able to meet the requirement. That’s nearly a quarter of a million Georgians who could lose their benefits by the stroke of a pen. In Athens, where one in five people are food insecure, the effect could be severe.

“SNAP is the last social safety net that we have left that’s responsive to an economy that goes bust. You take that away and put these inflexible bounds on it, then you basically remove a safety net that’s really important for families,” says Grace Bagwell Adams, a health policy professor at UGA’s College of Public Health.

As director of the Athens Wellbeing Project, which surveyed local residents on their health-care needs, Adams is especially familiar with the health and economic needs of Athens residents. Just because the benefits are harder to get, she says, doesn’t mean the need isn’t still there. Adams says the proposed SNAP restrictions reflect many of the harmful stereotypes many people carry about poverty and those who receive government assistance.

“There’s [a] deeply held belief that people in poverty are not only lazy, but they’re dishonest,” Adams says. “The fact is, this is not a luxury benefit. It’s an emergency supplement for families who have very little.”

In fact, most SNAP benefits go to the working poor—individuals who are working but still struggling to make ends meet, says Adams. Nutrition programs may comprise about $700 billion of the $890 billion Farm Bill, but the per family breakdown is pretty meager. Currently, the average benefit for a family of two is $63 a week, which means recipients more often select cheaper shelf-stable processed foods and fewer fresh items like fruits and vegetables.

Beyond the health benefit, these programs provide an economic stimulus to the local food economy. “You’ve got these local institutions who are partnering to accept EBT dollars and expanding the food economy so you can bring in new customers who wouldn’t have shopped at the farmers market before,” Adams says.

Local food-assistance agencies could also feel a pinch if funding for SNAP is restricted in later legislation. Adams points to studies describing how the Reagan-era tightening of welfare purse strings just redistributed the burden to local food pantries, who struggled to provide enough food to their communities.

So far, the Senate version of the Farm Bill doesn’t appear to contain any restrictions on SNAP, but that doesn’t mean it’s time to get comfortable, says Adams. No matter your political leaning, it’s important to understand that major changes to SNAP could have far-reaching consequences.