The Brew-Haha Over New Brewery Rules 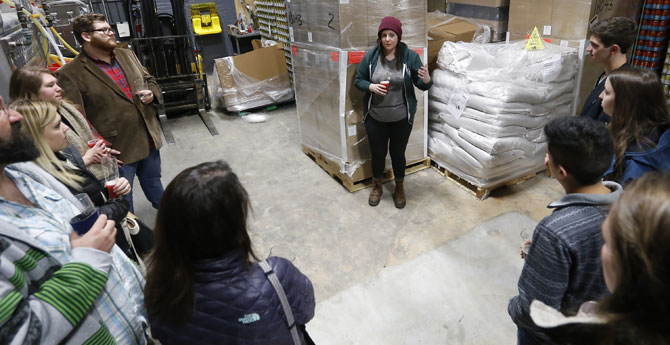 The Atlanta Journal-Constitution broke the news on Jan. 26 that the Georgia Craft Brewers Guild and the Georgia Beer Wholesalers Association had reached a deal over craft beer laws. The details from the AJC’s report suggest that craft breweries in Georgia would once again be able to vary the price of their tours based on the kind of beer offered. To understand what this means for our local Athens breweries, it takes a little perspective.

You know that phrase, “two steps forward, one step back.” That’s how the Georgia craft brewing industry felt in September 2015, when the Department of Revenue issued a bulletin that overturned the guidelines set forth in Senate Bill 63, which had passed in the previous legislative session.

SB 63 was at least a partial win for craft brewers in Georgia. While many states allow breweries to operate brewpubs and sell growlers, cans or bottles to go directly to consumers, in Georgia, since Prohibition they’ve had to go through a middleman who in turn sold the beer to bars, restaurants and retailers. While it doesn’t allow direct sales, SB 63 did let breweries offer tour packages that include sought-after special releases and limited amounts of beer to go as well as for consumption on-site.

The DOR bulletin caused a lot of confusion for brewers. Terrapin had to put new projects on hold, says tours and events manager Carmen Miranda. Brewmaster Spike Buckowski was working on a series of 32-ounce infusion brews—one was a grapefruit Hi-5—to feature in select tour packages. Now they sit in storage.

Beyond the curtailing of creative brewing, Miranda says the bulletin caused many breweries to scramble financially, especially if they’d invested in new equipment. “If you spent $8,000 on a crowler machine [which fills individual cans with draft beer]… and all of a sudden this bulletin is released that says you can’t really use it in a way that’s going to make back that money, that’s a huge loss,” Miranda says. Creature Comforts brought on three new staffers in addition to a crowler machine and all the inventory they needed to send visitors home with beer. “We had to walk away from a lot of that when the law changed,” CEO Chris Herron says.

The DoR bulletin was the result of closed-door discussions between the department, which regulates alcohol sales, and distributors, as reported by Aaron Gould Sheinin of the AJC and Austin L. Ray of Creative Loafing. Just consider sales on a UGA football weekend, and you start to get a sense of how deep the pockets go. Add to that, Georgia’s beer distributors have been around since Prohibition ended, and over time they’ve become very politically connected. In contrast, craft brewers are the new guys, and the circumstances surrounding the bulletin put them in a tricky spot. Smaller operations can’t afford to drive a wedge between themselves and their distributors, so many, including Athens’ Southern Brewing Co., are keeping mum about the deal.

Nancy Palmer, executive director of the GCBG, says this deal has to be taken with perspective. The guild has only been lobbying on behalf of craft brewers for two years. “We’re going up against a hell of system,” says Palmer. Patience, she says, is needed from brewers, but Palmer also emphasizes the need for change. For every year Georgia beer laws stagnate, the state is losing out on potential revenue and growth.

Herron sees the deal as a step forward, but he’s frustrated by how the changes come about at the Capitol. Yet he says the CC team is staying positive. “There is still a lot to accomplish together,” he says. “Regardless of what happens legislatively, we will continue to invest every penny we make back into our business so we can produce more and better beer.”

The goal on the horizon is catching up to other states’ craft beer laws, but the distance to that horizon will depend on what happens next. That’s still uncertain. Miranda is confident that change is heading in one direction. “Most of us are still grateful that we’ve even come this far,” she says.

For now, the deal means the guild has avoided another legislative battle, says Palmer, but she adds a lot could happen in before this session ends. “We look forward to a quick implementation.”