It’s October, and we all know what that means: SEC football, the annual disappointing playoff appearance by the Braves, beautiful fall leaves, Halloween and pumpkin beer.

The last two are what’s really important here. Who doesn’t want to wear some ridiculous getup and get toasted on beer made from a spherical squash? This edition of Good Spirits will attempt to match your taste buds to your costume.

If you’re the kind of person who just grabs a sheet and cuts eye holes in it on Halloween, you’ll find your match in Shipyard Pumpkinhead Ale. Bland and sort of sad (and only 4.7% alcohol by volume), this beer will help you reflect on your lack of creativity. 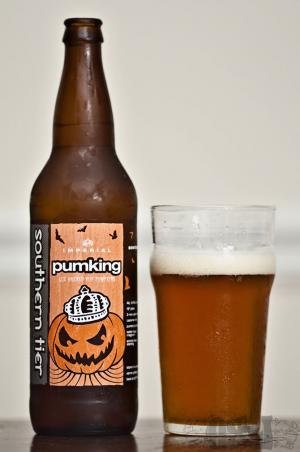 On the opposite end of the spectrum, if you’re that Athens hero who spends four months building the perfect costume to wear just one night of the year, then get the most flavorful of all pumpkin beers: Southern Tier’s Pumking (8.6% ABV). Your costume and your beer will be the Platonic ideals to which your underlings aspire. Alternatively, if your tastes trend toward the dark side, grab Pumking’s evil twin: Southern Tier’s Warlock (8.6% ABV).

Those of you with a fondness for the undead should get New Holland’s Ichabod. The headless horseman is a well-done beer for the zombie apocalypse—the relatively low 5.5% ABV will keep you hunting brains all night.

If you’re more of the swarthy swashbuckler variety, Heavy Seas Great’er Pumpkin is your ideal match. At 10% ABV, this pirate is serious but also tastes more like bourbon than pumpkin, making it a good choice for those who are wary of pumpkin beers.

Thrift stores are great places to pick up parts of a costume. I’ve finished many costumes with odds and ends from the Habitat for Humanity ReStore. Similarly, Samuel Adams’ Fat Jack (8.5% ABV) gets the job done for those of us on a budget.

Keeping it local and dressing up as an Athens original? Or are you combining two costumes into one, like a vampire Robocop? Terrapin’s Pumpkinfest (6% ABV) is a combination Oktoberfest and pumpkin ale, and that kind of experimentation is a sure sign that you’re something special.

Forcing your tiny child to wear a costume he doesn’t understand, and you need a refreshingly adorable brew? Check out Cisco’s Pumple Drumkin (6% ABV). By far the cutest pumpkin beer out there.

Dressing up your dog? As a bear? With antlers? Of course you are. We all are. Welcome to the party. Anderson Valley’s Fall Hornin’ (6% ABV) has the label for your best friend. A beer with deer antlers, if you will. Terrible label puns aside, this one is also quite tasty.

Inevitably, many of our fellow residents will choose to go as a sexy nurse/sexy policewoman/sexy Cthulhu. Given that these sexy revelers might typically prefer mixed drinks for lower calories than beer, why not give Cathead’s Pumpkin Spice Vodka a try? Or, those of you who are dressing up as the Big Lebowski should drink Burnett’s Pumpkin Vodka for a pumpkin-tinged White Russian. Just not on the rug, man. It really tied the room together.

I know you’re out there—that person going as Walter White of “Breaking Bad.” He’s a badass, you’re a badass, and it just makes sense. Put down the meth for a minute and trade it for Weyerbacher Imperial Pumpkin Ale (8% ABV). It’ll keep you company when you’re in your underwear and your RV breaks down in the desert.

For the less focused and inspired who jumble together an odd assortment of costumes, try New Belgium’s Pumpkick (6%). This is a weird one—the addition of cranberries during the brewing process kicks the flavor in a not-unpleasant direction.

Unlike the unfocused improviser, people going as witty cultural references plan ahead. There were the Chilean miners from a few years ago, Binders Full of Women, and this year Paula Deen. The Paula Deens would probably prefer a deep-fried butter beer, but I’m going to suggest Uinta’s Punk’n (4% ABV). It’s certified organic, and nothing says organic like Paula Deen. Also, the name kind of sounds like You Ain’t A Pun.

Speaking of lazy, I think it’s time to end this column.