Here Are the Best Cheap(ish) Bourbons, in Honor of the Kentucky Game 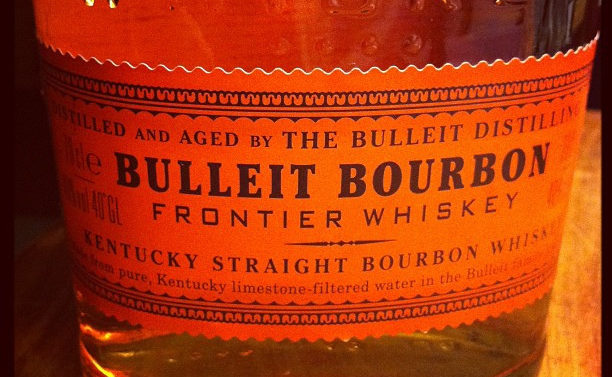 What is bourbon, exactly? It’s a highly respected and regulated American spirit, and therefore a whiskey must meet certain requirements before earning the label. Namely, it must be produced from at least 51 percent corn, aged in new, charred oak barrels and bottled with at least 40 percent alcohol by volume. Bourbon doesn’t legally have to be from Kentucky, but the state does produce 95 percent of the world’s bourbon supply.

W.L. Weller Special Reserve is an inexpensive wheated bourbon, bottled at 90 proof. The nose is dominated by notes of caramel, dark fruit and a surprisingly strong ethanol burn. The caramel starts off strong in tasting, but yields to a syrupy, medicinal finish. Overall a good bourbon, but it falls short of greatness due to its viscous consistency and unbalanced flavor. This one needs a mixer. Of the six bourbons we tried, Joe VanHoose ranked Weller third overall, I put it fourth, and Blake Aued declared it dead last.

Four Roses Yellow is a relatively simple bourbon, with good qualities for an entry-level whiskey. The color is quite light, as is the aroma. I noticed mild rye notes, with moderate caramel and just a hint of oakiness. The flavor is light and quite drinkable for a product containing 40 percent ethanol, although the finish is short and chalky. This one is better on the rocks than Weller, although that isn’t saying much. Pair it with a good mixer, and you’ll have a dandy time, but there are better options available. I placed Four Roses third overall, while Joe put it fifth, and Blake selected the appropriate fourth place for Four Roses.

Bulleit Bourbon is a much better bourbon than the others, with a price point to match its quality. The bourbon pours a light straw color, with sweet aromas of corn, vanilla and oak. The flavor is remarkably smooth and more complex than the Four Roses—I detected notes of vanilla, pepper and wood, with a long and enjoyable finish. Bulleit is versatile enough to enjoy in almost any drink, whether neat, on the rocks or in a cocktail. I hear it goes particularly well with spicy ginger ale, and it should, being our consensus No. 1 overall.

1792 Ridgemont Reserve was our second favorite bourbon, with color like a pumpkin and a spicy aroma. This whiskey spent eight years aging in barrels, more than any other we tried. The time spent in wood translates to interesting characteristics such as distinct dark fruit notes and a hint of butter to go alongside typical notes of vanilla and caramel. The flavor isn’t overly dense, and the finish is quite smooth. The second-ranked 1792 is an adaptable bourbon, capable of providing a solid base for gettin’ good and drunk.

Jim Beam, though, is the world’s favorite bourbon, because the world has a preference for a ubiquitous, relatively bland product. The whiskey is similar in color to other whiskies, if a little darker. The aroma is uninspiring and inoffensive, with a distinct note of dried oranges. The flavor is smooth, if a little on the sweet side. Jim Beam is the definition of a utility whiskey—it’ll get the job done, it won’t be terrible and you won’t spend too much money on the experience. There are many better whiskies available, and there are plenty that are worse. Blake selected Beam third overall, VanHoose placed it fourth, and I deemed it fifth out of six.

Evan Williams Black, the world’s second-favorite bourbon, is a different animal. Sipping it straight leads to a distinct alcohol burn that slides down the esophagus and settles into the gut. The phrase “liquefying one’s insides” was mentioned to describe the sensation, although it isn’t as unpleasant as that. The long burn will be quite welcome on a cold November day in Kentucky. Some people prefer the Evan Williams Green, claiming it’s smoother. Blake deems the black to be superior for mixing, and I’ll take him at his word. This was mine and Joe’s least-favorite bourbon, and Blake placed it fifth. Don’t bother trying to drink it straight or on the rocks, just put in some Coke and call it a day. (Editor’s note: Do not, under any circumstances, try to shoot it.) (Publisher’s note: Hey, wait a minute: It’s not Bulleit, but it’s not bad.)

There are hundreds of choices for bourbon, some better than others. Bottom shelf bourbon benefits from mixing with soda, while the more expensive stuff is tasty enough to drink with water, ice or alone. Adjust your plans and expectations accordingly, and a journey to the land of bourbon, bluegrass and horses will be one to remember—if you can.