Fire, Fury and the Racists Who Rule the West Wing 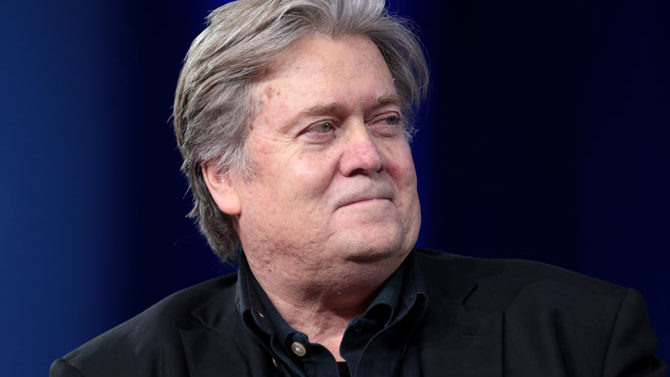 I went to bed on Saturday night reading Fire and Fury, which, if I need to explain it at this point, is Michael Wolff’s ribald and riveting account of the early days of the Trump regime. It quickly became clear in the book that no one involved in Trump’s campaign expected, or wanted, him to win.

That was a horrible thought: Trump and his motley crew of enablers, the doltish adult children, sleazeballs like Paul Manafort and Corey Lewandowski, fascists like Steve Bannon and Stephen Miller, all overestimated the American people. They thought we were better than we were. They thought they were safe because we would never elect Donald Trump.

I went to sleep with this somber thought. At some point in the night, I woke up smelling smoke. I got up and looked around and sniffed and couldn’t find anything. It was like 10 degrees in Baltimore that night, so I assumed it was a neighbor’s fireplace.

I looked over, and smoke was coming up through the floorboards. Then it burst into flame by the foot of the bed. Fire and fury ensued. This is the essence of this year.

Ultimately, the fire in my bedroom wasn’t nearly as bad as it could have been. The fire department—Big Government!—was there before the fire destroyed much. They cut through the floor and broke the windows. Most of the damage was caused by the smoke. We were safe, and we didn’t lose anything of real value. We have renter’s insurance, and I’m writing this from a hotel, where I spent a lot of time waiting on the bureaucracy of insurance and disaster mitigation to move. I bought the audio book of Fire and Fury and listened to the rest of it as I threw out former possessions that were now nothing but junk.

However difficult my week was, it turned out to be much better than that enjoyed by many of the people in the figurative conflagration of the book—especially Steve Bannon, the almost Ahab-esque antihero of Fire and Fury. In many ways, it charts his rise and fall—at least up until the point that the book’s publication precipitated a further fall. For being such a horrendous pseudo-intellectual schlub, Bannon is also fascinating, a far-right svengali. According to Harvard studies, during the last election, Breitbart was three times as influential as its next closest competitor (measured in terms of retweets and shares) than the titanic Fox News. Bannon was at least partly responsible for that—and for getting Trump elected.

The perception that Bannon orchestrated Trump’s victory—as shown in another book, Joshua Green’s Devil’s Bargain—was probably the No. 1 factor in his August White House ouster, even more important than the alt-right terror that ripped apart Charlottesville that month.

In Fire and Fury, though, Bannon is right about how horrible the Trump kids and Jared Kushner are. It was actually beautiful to listen to him (or Holter Graham, who read the audiobook) railing against the idiocy of Jarvanka—Jared Kushner and Ivanka Trump.

And Jarvanka were also right about him and his wack-job far-right Leninism, reveling in the destruction of the world. That circular firing squad is what makes the book so compelling. All of these people are so disastrously wrong about America, but they are pretty right when they assess each other’s weaknesses. Bannon’s weaknesses are nearly infinite—and the most important ones are intellectual. Sure, he’s a slob and all that, but he is a sexist, racist “nationalist” who created a section of the Breitbart site called “Black Crime.”

After Wolff quoted Bannon saying that Don Jr.’s Russia meeting was treasonous, the president went on the attack with a new epithet, “Sloppy Steve.” Bannon tried to apologize, saying he was really attacking his predecessor as Trump’s campaign manager, Paul Manafort. But it wasn’t enough. Bannon was fired first from Breitbart and then from his Sirius XM show (with Fox preemptively refusing to hire him). Worst of all, billionaires Robert and Rebekah Mercer, who have funded most of his endeavors, cut ties with their schlubby honey badger.

I watched all of this play out on cable as I tried to deal with the disaster bureaucracy. And it was delightful to see the pundits all talking about Bannon’s terrible week, even if it came for all the wrong reasons.

Bannon, by the way, did not have the worst week in Washington. That would go to the more than 12,000 Salvadorans who live in the District. (The numbers are far larger if you count the D.C. suburbs, which have large Salvadoran enclaves.) Ultimately, a Department of Homeland Security directive to end the Temporary Protective Status for people who came to the U.S. from El Salvador following a 2001 earthquake will affect more than 200,000 people who have been in the U.S. for more than 15 years now. It’s almost impossible to imagine how deeply that will affect their communities in and around the District.

Bannon may be gone, but this is the essence of the dark alignment of Bannon’s alt-right with Jeff Sessions’ revanchist racism and Trump’s big boner for a wall. So on Thursday, when Trump was meeting with a group of senators about TPS and asked why we have so many people coming here from “shithole countries,” like El Salvador, Haiti (which already had its TPS rescinded) and various nations in Africa, it was clear that it didn’t matter whether or not Bannon was in the White House or “in the wilderness” or not.

Trump, Bannon and their crew may have overestimated the electorate in their expectation of losing. We should not make the same mistake and overestimate them. Whatever happens to Steve Bannon, racists now rule the executive branch.