Democrats Can Use Trumpcare’s Implosion to Push for Single-Payer 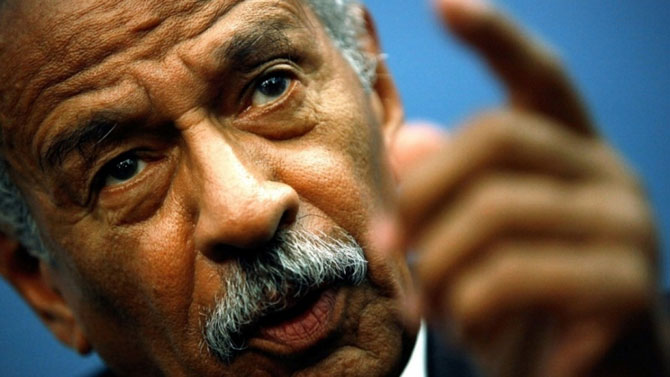 As debate on Trumpcare raged on in the House, Wisconsin Rep. Mark Pocan spoke outside the Capitol at a small Progressive Caucus press conference, comparing the bill to a Trojan horse sneaking disastrous measures to the American public.

“And of course these days we know Trojans are something a little different, and they’re only used when you’re gonna get, well, pretty much what this bill does to America,” Pocan said.

Twenty-four hours later, it was Paul Ryan who was being screwed as he stood in front of the press to announce that Obamacare is “the law of the land” and that, after seven long years of complaining, the Republicans would move on from health care after working to pass a bill for less than 70 days.

“Moving from an opposition party to a governing party comes with growing pains,” Ryan confessed.

But for the members of the Progressive Caucus, this wasn’t a moment to rest on the Republican failure—it was time to fight for the kind of single-payer coverage they believe is the right of Americans.

“All I’m saying is health care is a right, not a privilege. We’re talking about giving the American people their health-care rights,” Michigan Rep. John Conyers said. “So I’ve introduced HR 676, a bill that expands Medicare to every American. It’s not enough to say Obamacare represents progress, though it does. It’s not enough to say that the Republican health-care bill is terrible—and it is. What we’re saying is we’re going to organize the people of this country to bring a proactive, positive alternative vision to health care, and Medicare for all is where we’re at.”

Vermont senator and former presidential candidate Bernie Sanders said he will introduce similar legislation into the Senate and called on Trump, who has expressed support for single payer, to get on board.

But when I asked the Democratic House leadership whether they might be on board with such a process, Pelosi gave a rather long and convoluted answer.

“When we did the Affordable Care Act, I wanted the public option, as I think everyone knows. We didn’t get that, but I think we mitigated for not having it by having provisions in the bill that enabled people to receive benefits. The public option would have saved more money, it would have been cheaper because [there are] not so many administrative costs,” she said. “We couldn’t get that when we had a Democratic president and a Democratic Congress.”

Instead, Pelosi suggested more immediate fixes to the ACA, such as “to make sure the secretary of HHS [Health and Human Services] is able to negotiate for lower prices with the pharmaceutical industry. Prescription drugs are the biggest reason for the increase in medical costs.”

This response shows a failure of imagination on the part of the Democratic leadership. Over a decade ago, Trump said he was for single payer, and when asked about it at the first Republican debate in 2015, he said: “As far as single payer, it works in Canada. It works incredibly well in Scotland.”

Colorado Rep. Diana DeGette, a chief deputy whip for the Democrats, later told me that the leadership “certainly are open to a conversation with the White House,” but “if the president and Tom Price are going to try to find ways to sabotage the system like the president threatened last week—to explode the system—that’s not a very good olive branch.”

Then the Republicans met on Mar. 28, a few days after their spectacular failure, and indicated they might not be done with health care after all. “Their celebration is premature,” said Majority Whip Steve Scalise of Louisiana. “We are closer today to repealing Obamacare than we’ve ever been before.”

On the same day, Trump signed a sweeping executive order designed to repeal Obama’s Clean Power Plan, which attempted to reduce emissions and offer financial incentives to businesses for greener practices. “We will provide the framework… for a strategy on energy, such that each executive department and agency in the United States government will be responsible for identifying all regulations, all rules, all policies, guidance documents that serve as obstacles or impediments to domestic energy production,” a senior White House official told reporters.

When Obama announced the Clean Power Plan in 2015, the Environmental Protection Agency said that by 2030, the plan’s effects would prevent up to 3,600 premature deaths, nearly 100,000 asthma attacks and—since the Republicans clearly don’t care about the health of others—300,000 missed days of work or school. If these numbers are accurate, this means Trump’s executive order could, like the failed Republican health-care bill, lead to widespread death.

Marsha Wills-Karp, the chair of the Johns Hopkins Department of Environmental Health Sciences, agrees. “There is tremendous evidence in the medical literature that exposure to chemicals or particulates that are released particularly by power plants are associated with increased death, deaths from cardio-respiratory diseases, also in asthma exacerbations,” she said.

In other words, Trump’s executive order means we need good health care more than ever. Just thinking about all of this is making America more stressed out and anxious—increasing the need for psychological care and, in my case at least, a big dose of medical marijuana, before Jeff Sessions ruins that, too.