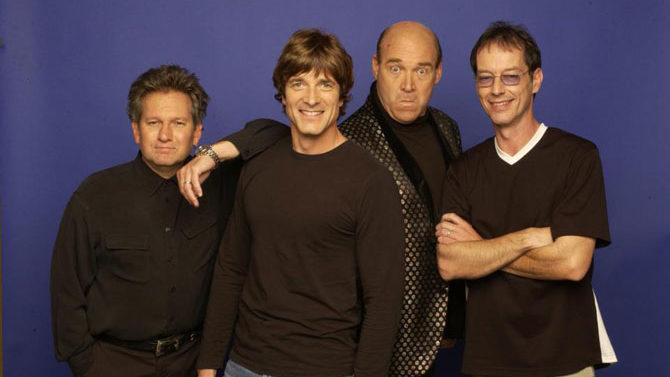 It’s been a long time since their new wave heyday, but Atlanta quartet The Producers still sounds like a gang of eager kids in skinny neckties. The group formed in 1980, and by 1981 it was working with producer Tom Werman on a self-titled debut. With MTV launching that year, the timing was perfect for the band to reach a young audience via videos for gems like “What She Does to Me” and “What’s He Got.” 1982’s You Make the Heat featured a bigger, radio-ready sound, demonstrated by lead single “She Sheila.” Though the group has gone on hiatus several times, the original lineup gets together for occasional gigs. Anyone who grew up in those early days will be impressed to hear that the foursome remains melodic, energetic and tight.