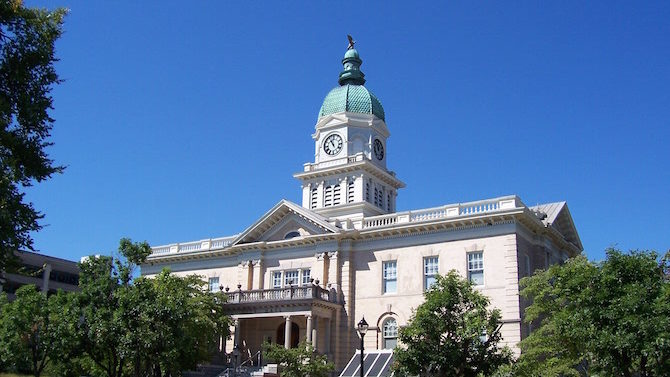 ACC commissioners passed the county budget for the fiscal year beginning July 1, but continued to get criticism from Athens for Everyone activists at last week’s voting meeting. “There’s no excuse to say we haven’t had time” to institute a living wage for all county employees, Tim Denson scolded commissioners. Partners for a Prosperous Athens recommended raises to at least $10.17 an hour, based on a MIT study, a decade ago, he said.

But Denson also said recent discussions have been “fruitful,” and indeed, commissioners seem to have taken the criticisms to heart. Although some seasonal and part-time ACC employees do earn less than $10.17, the new budget includes a 2 percent pay raise for all employees that will raise some of them above that, and the rest could get raises within six months, Commissioner Kelly Girtz said.

Such a raise for the lowest-paid employees could be covered by spending only $65,000 a year, but the commission and county manager Blaine Williams have been concerned that such raises would distort the county’s overall pay scale. Instead, they will spend up to $300,000 for a study of how to restructure wages—and then potentially “millions” more to implement the new wage scale, not just for the lowest-paid employees, but for others as well, Williams has said.

That’s going to mean higher costs to citizens, Commissioner Sharyn Dickerson pointed out, “because 80 percent of our budget is people.” County revenues are up by 3.5 percent with rising property values, but most of that money will go to higher health insurance costs, manager Williams has said.

And commissioners agreed to postpone changes to the Prince Avenue crosswalk at Newton Street in order to pay for planned changes to Chase Street as approved last month, including adding bike lanes north of the railroad bridge and new crosswalks at Nantahala and at Chase Street Elementary.

The much-discussed changes seemed to satisfy most people, although Mayor Nancy Denson said the higher cost “still bothers me greatly” and feared favoring one part of town over another. Complete Streets Athens activist Tony Eubanks praised the results, but not the process of “drop-in” public meetings, where he said “people are making comments in a vacuum” rather than hearing comments made by others. “This process has been a real lemon,” he said.

Relatives of Jennie Mattox withdrew a request to rename Flint Street after the late activist and county staffer—whom her granddaughter Tikica Platt said “became more of an advocate than a worker” in community organizations—because residents objected to the address changes that would be involved. ACC’s Transportation and Public Works Department also said “Jennie L. Mattox St.” was too long to put on signs, but many streets have longer names. Family members said they will look for a more suitable street to rename. “There’s an awful lot of streets in Athens named after Confederate generals and slaveholders, but not too many that reflect the population of Athens,” said Walter Swanson during the public comment period.

And while ACC commissioners have taken no official action on televising the commission’s work sessions, Tim Denson turned up a county request for vendors to supply TV equipment “to accommodate the possible future expansion of a live broadcast signal from a separate building approximately three blocks away,” either live or recorded. Work sessions are held at the Dougherty Street building, several blocks from City Hall; commissioners prefer its informal atmosphere to the formal commission chamber. Citizens may attend the sessions, but no public input is taken, and no official records are kept, even when (as they often do) commissioners informally make decisions directing staff to undertake projects that will not be officially voted on (or subject to public comment) until months later. Activists have criticized the lack of due process; several commissioners have said the sessions should be televised.