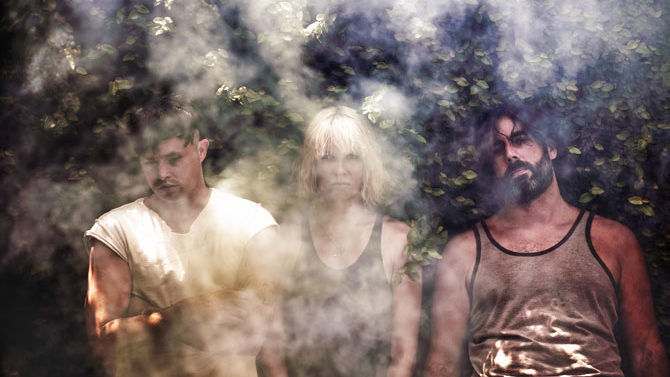 Savannah band Cusses makes a lot of noise for a trio. Taking cues from both the boisterous, arena-ready hard rock of the ‘80s and the Riot Grrrl movement that followed, Cusses creates songs that pummel and propel, featuring rapid-fire guitar riffs and singer Angel Bond’s standout voice. The group’s recently released four-song EP, Here Comes the Rat, is a solid continuation of the groundwork laid on its 2012 self-titled debut, and precedes an already planned forthcoming full-length, Golden Rat. The band joins Athens heavy-hitters Cinemechanica and Double Ferrari at the Caledonia on Friday. The use of earplugs is greatly encouraged.