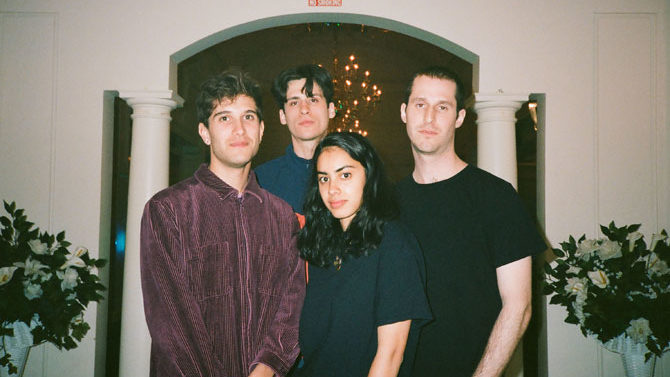 Brooklyn four-piece Crumb has steadily been picking up steam over the past few years, largely on the heels of its highly streamable 2017 single, “Locket.” The dreamy, jazzy earworm—an almost indie rock equivalent to lo-fi beats to study to—fit snugly within playlists the streaming world over, racking up over 19 million plays to date on Spotify alone. The group’s first full-length album, Jinx, released this past June, doubles down on the strength of “Locket,” offering up a strong, cohesive collection of trip hop and psych-rock-inspired tunes. They’ll bring the vibes to the 40 Watt Club Friday, where they’ll be joined by Chicago’s Divino Niño and bedroom producer Shormey.