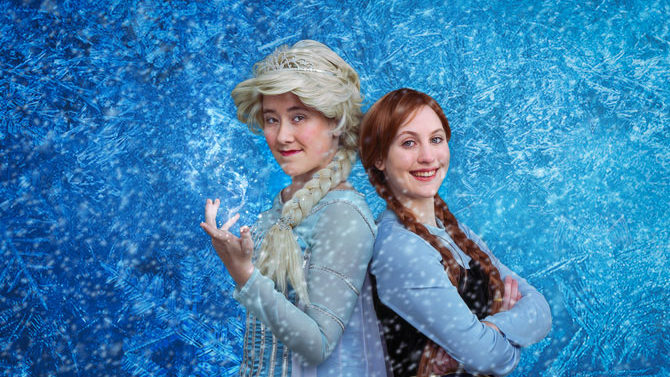 Bright Star The musical by Steve Martin and Edie Brickell is fresh from Broadway, where Charles Isherwood of The New York Times praised it as a “fresh breeze from the South” and “an outlier on Broadway,” not just for the “unusual flavor of its music” but also for it being “gentle-spirited, not gaudy, [moving] with an easygoing grace where others prance and strut.” He likens this “sentiment-spritzed story of lives torn apart and made whole again” to a black-and-white classic film.

Teenager Alice (Kayla Marsh) is bookish, spirited and rebellious. Her secret romance with a local son of privilege (Jake Strength) makes for a very rocky start on her difficult journey to maturity as the play moves between past and present. The adult Alice, now a journal editor, encourages a World War II veteran (Daniel Hodges), who dreams of being a writer but needs the right story to tell. “You need to find a sweeping tale of pain and redemption,” she says, which Bright Star has in abundance. According to Isherwood, “among the pleasures of Bright Star is the sheer yarniness of the yarn that unspools.” Directors Marc Hammes and Laura Griffin say, “If you’re not cussing and crying at the end of act one, we’re not doing our job.”

Bright Star, by Steve Martin and Edie Brickell, is presented by OnStage Walton at the OnStage Playhouse Feb. 28–29 and Mar. 6–7 at 8 p.m., with 2 p.m. matinees on Mar. 1 and 8. Tickets are $20 and available at onstagewalton.org.

Shrek the Musical As Disney has long since figured out, popular kids films make popular stage musicals, so DreamWorks got into the game with Shrek in 2008. “It looks like a big, fat hit,” according to Elysa Gardner of USA Today, and Linda Winter of Newsday called it “sweet and busy, nice and big, and, every so often, extremely lovable.”

Shrek (Ethan Norfleet) is an introverted loner of an Ogre whose solitary peace is ruined when his homeland is overrun by freaks and fairies who are running from evil ruler Farquaad (Chase Robertson). Accompanied by a wisecracking Donkey (Armando Roche), Shrek ends up on an accidental quest to rescue a fair princess (Audrey Kate Throckmorton) with ideas of her own, while all the outcasts learn to let their freak flags fly. Director Doug Goodin calls it “a story about accepting yourself and being comfortable in your own skin,” and the positive message comes with tasty dessert as well.

The Lion in Winter Eleanor of Aquitane (Leslie Whitehead-O’Neal) was the catch of a lifetime in her youth, with beauty, birth, wit and wealth. Queen of France and then of England, she plotted with one of her sons to overthrow her husband King Henry (David Bloyer) and was imprisoned for 16 years. Now, aging but still a power to be reckoned with, she’s home for the holidays and still stirring up trouble at court, especially over the issue of succession.

Called “an exhibition bout for actors” by Michael Billington of The Guardian, it’s a classic from 1966 that became a hit movie and remains, as described by Christopher Smith of The Orange County Register, “a staple on college and community stages over the decades… Whether or not this is your goblet of arsenic depends a bit on how you feel about the language used, which goes arch in every utterance. While set more than 900 years ago the glib dialogue feels like some Noel Coward cocktail party in the 1920s.” Director T.A. Powell calls it “a medieval version of ‘Game of Thrones’” but with more comedy and “twice as much mental gymnastics required to follow the twisted plots of those vying for the king’s power.”

As You Like It Rosalind (Anna Tilghman) falls in love with Orlando (Jordan Cole), but the usurping Duke (Katie Bartlett) banishes her at the same time Orlando has to go on the run from his brother (Cody Whitlock). Rosalind’s cousin (Ella Hardeman) and the court fool (Colton Dodd) come along, and they disguise themselves as they live among the local yokels in the forest. Orlando is in the forest, too, and Rosalind has to figure out how to keep the connection going, even though she’s disguised as a man and he does not recognize her. There’s also the real Duke in exile, additional romances, silliness and the famous “All the world’s a stage” speech in this T&G Second Stage show directed by Taylor Underwood.

Frozen Jr. It’s almost impossible for a person to have lived in the world for the past six years and not know the basic plot of Frozen—or to not have heard “Let It Go” countless times—but just in case a refresher is needed: Princesses Anna and Elsa (Danielle Dempsey/Ellie Atkins, Neely Norris/Savannah Carter) are the best of friends growing up, until Elsa’s lack of control over her unwelcome ice powers becomes dangerous. When it’s her turn to take the throne, she worries her hidden powers will be exposed if she can’t control her feelings. That becomes a challenge when Anna, desperate for connection and for romance, announces she’s going to marry a man she had just met that day (Jay Lavender/Nicholas Futris). The ice storm that follows, featuring Elsa’s anthem “Let It Go,” Anna’s impulsive bravery, new friends to help along the way (Evan McCall/Jake Bachman, Emily Mae Edmunds/Suzie Smoak) and snowman Olaf (Carley Cockfield/Madison Fountain) for comic relief, is an adventure for all ages.