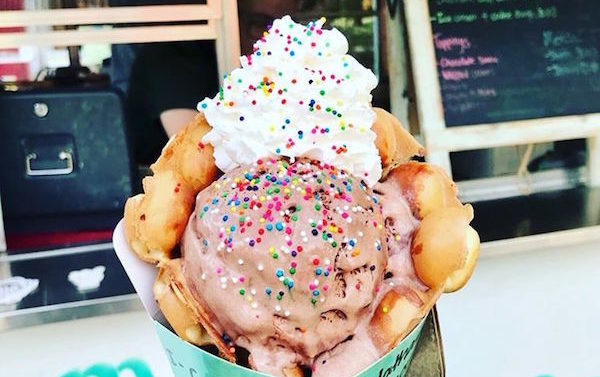 Cravings, a restaurant with another location in Milledgeville, has opened an Athens location in the former Franklin House Cafe downtown, at the corner of Thomas, Broad and Oconee streets. The Milledgeville location focuses on deli sandwiches and bubble tea, with breakfast to go, as well as occasional Filipino specialties like pancit. Cross your fingers for the latter.

Nedza’s, which started out as a pop-up puffle waffle business at a table at Athens Farmers Market, then expanded to doughnuts and more out of a truck, is set to move into the old Your Pie in Five Points, opening around April. It’ll serve doughnuts, biscuits and waffles (with ice cream and fruit), with gluten-free options and vegan options, but not pizza (the oven was removed). The business will still do events.

Happy 20th birthday to Barberitos, which managed to franchise without losing its identity or going out of business. It’s a real achievement! Making it to 20 years is genuinely difficult in the restaurant industry, so props.