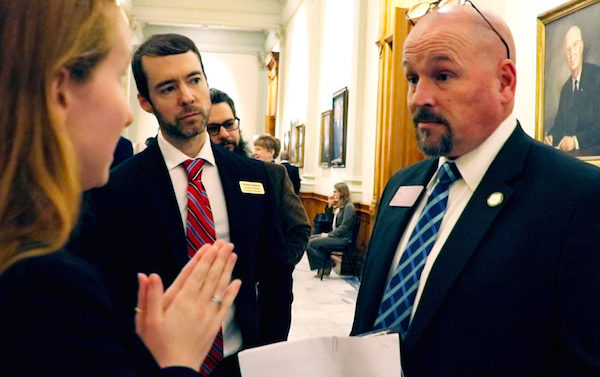 The resignation of District Attorney Ken Mauldin has cast uncertainty on the race to succeed him. Will there even be an election for DA this year?

Erin Stacer of Athens for Everyone and Athens-Clarke County Commissioner Tim Denson organized a delivery of over 1,500 petition signatures to Gov. Brian Kemp, asking him to allow the voters to decide who will next serve them as DA. While at the Capitol, the group also asked their state representatives to weigh in publicly on this situation.

A previous version of this post misidentified Andrew Ferguson.