Fall Into Local Theater: New Plays to See Around Athens 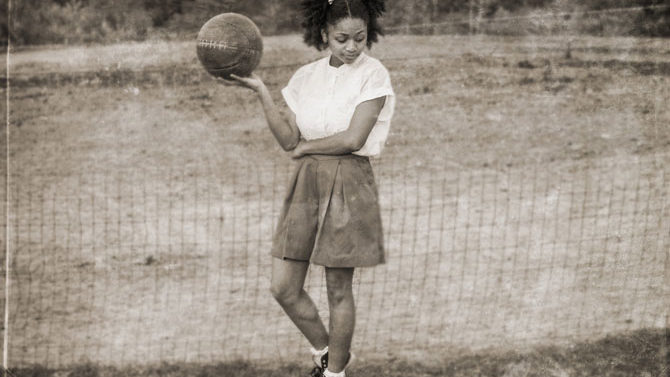 The Tall Girls Decades before Title IX could have been imagined, the idea of a bunch of girls wanting to be basketball players must have seemed like a joke—especially in a remote, depression-ravaged place like Poor Prairie. These girls (Caroline Wilson, Emma Mathews, Caroline Caden, Hannah Martin, Kiana Washington), however, are dead serious about the game and their hope that it will offer an escape to a better life. There’s a new ball and a mysterious, somewhat sketchy new coach (Carter Iddings) in town, bringing together a ragtag group of players who are passionate about the sport and about getting off the prairie.

This promising cast of young theater majors brings athleticism and teamwork to this vibrant play directed by Anna Pieri, who knows her way around the prairie and the court. It’s got dialogue written to accompany the dribbling of a basketball, the immediacy of live sports onstage and the risks to go with it, featuring a strong cast that knows how to catch a rebound. For those who love sports, drama or both, they can expect a winning night of theater from this group.

Arsenic and Old Lace Everyone is totally nuts in this black comedy that slayed Broadway audiences with laughter in 1941, when it was new. The farce features the Brewster family and their lovable, homicidal madness: the relatively sane drama critic (Andrew Rabanal); his aunts (Allyson Brannon and Stephanie Hancock) who have a poisoning-old-men hobby; his delusional, grave-digging brother (Jason Dyer); and his other brother (Justin Carter), who is a murderer with a drunken sidekick (Tommy Murray). It can be tough to pull off recurring jokes about Boris Karloff and Teddy Roosevelt 77 years later, but a lively cast and a game audience can make it a fun night of insanity—especially in dinner theater format, where the spectator is another guest at the table.

The ensemble-led show, according to artistic director Arp-Dunham, “is filled with music and beauty [and] is physical and easy to understand so people who have never quite [gotten] the appeal of Shakespeare, are new to it or have loved it for years will enjoy it.”

Fences This Pulitzer-winning classic of American theater follows a family in the 1950s as they wrestle with the anguish of youthful dreams past and present, along with the damage caused by institutional racism and individual choices. It’s about stubborn patriarch Troy (Nic Starr), a former Negro League baseball star and present-day sanitation worker, and his relationship with his sons, his wife, his friends and his circumstances.

Fences was revived on Broadway in 2010 with Denzel Washington as Troy, described by Ben Brantley of The New York Times as a character “whose name aptly evokes a legendary, ruined splendor… a first-class mythmaker, which means that he’s also a first-class storyteller and a first-class self-deceiver, and that we’re going to hang on his words.”

This production comes to Athens from metro Atlanta and features the Etheridge Arts Ensemble of Marietta, an acting troupe that supports the efforts of Young Voices United, a nonprofit organization that aims to provide underprivileged youth with opportunities to nurture life skills through the performing arts. Proceeds from this production will benefit Athens Area Paine College Club’s annual scholarship drive and its United Negro College Fund campaign.

Showtime at First Baptist First Baptist of Ivy Gap has caught fire after getting struck by lightning. The plucky wife of the pastor (Nancy Powell) gets together with her fellow church ladies to plan a fundraising showcase, in hopes of cheering folks up and rebuilding the sanctuary. With a conservative, all-male board of deacons sitting in judgement on some questionable song-and-dance choices, what could possibly go wrong?

Nunsense The spirit of vaudeville is alive and well in the second-longest running off-Broadway show in history. Begun as a line of cheeky, nun-themed greeting cards, success led creator Dan Goggin to turn it into a cabaret and then into a full-length musical in 1985. It’s been produced thousands of times around the world in dozens of languages, with many thousands of women playing the singing, dancing nuns.

It’s a show-within-a-show: A group of nuns (Andrea Barra, Megan Powell, Vivan Vaeth, Jordan Richey, Abbey Hulsey) desperate to raise funds to bury the remains of their accidentally poisoned sisters, put on a talent show inside a school gym. (Their previous fundraiser, selling greeting cards, only made enough to inter 48 out of the 52 corpses, so the rest are in the freezer.) They sing, they dance, they tell jokes, and make an unholy number of puns about nuns. You don’t have to be Roman Catholic to get all the jokes, but it certainly doesn’t hurt.

Improv Athens UGA’s champion improv troupe has free performances every Friday at UGA’s Miller Learning Center room 171 at 7:30 and 9:30 p.m. And yes, you can play improv games along with them at their open rehearsals on Wednesdays at 5:30 p.m. in room 501 of the journalism building. Follow them on social media @ImprovAthens.