Reginald McKnight and the Horror of Being Powerless 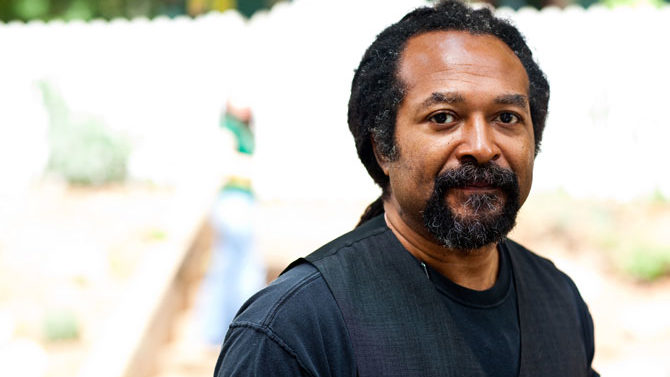 Last month, before anyone was really thinking about Halloween, Reginald McKnight read a horror story at the Avid Poetry Series. Readings can be hard for fiction writers: We rarely have material short enough, and no matter how alive a story is on the page, it’s often difficult to pull it off that paper and shape it into something people want to sit and listen to. But when McKnight said he was going to cut his story short because of time, the packed house booed.

His was a story within a story: A young black man obsessed with ghost tales asks his father to tell him one. What follows is harrowing, not for any blood or gore, but for the threat of violence, the horror of being powerless and unable to protect your body against systems of terror built centuries ago.

McKnight specializes in this type of horror. His monsters are real, and they can’t be kept away with garlic. They are in your neighbor’s house and yours; they are that bar on Clayton Street; they walk and talk all year round. Like Toni Morrison or James Baldwin, McKnight carries a mirror in which ghosts can be seen. He teaches us which ones to fight and which ones to listen to.

McKnight has written many wonderful books—The Kind of Light that Shines on Texas, White Boys, Moustapha’s Eclipse, He Sleeps and I Get on the Bus—and won many awards. Besides being an amazing writer and reader, McKnight is also an invested mentor. He has taught creative writing at UGA for 13 years, and with students he is a deep listener, interested in finding the soul of their work. Though often mistaken for a jazz musician, he wants to take this opportunity to insist that “honest to beans” he is not.

The following is an excerpt from “Bread: or The Baker’s Tale,” a short story that seems very difficult to classify—is it a fable, a mystery? I like the world it creates, rich in flora and fauna, unfamiliar yet clear, and I like where it leaves us, right on the precipice of a great unknown.

Each morning on the threadbare path, spring burgeoned, and every morning Bread would see and the horse would hear and smell new flowers, new beasts, emerging from hibernation. There would be new spider webs, both violet and white. A giant horn wing might buzz his ears to show him who is king, or a small pink butterfly might ride the horse’s haunch for three full miles. One Friday he saw a giant green roach and a golden roach scuttling under the same rock for fear of the horse’s hooves. The next Friday he thought he saw the great green one eating the hind parts of his golden former compatriot. He also saw three Chester’s lizards sunning themselves, three blue ribbons on a carpet of moss, not a horse-length away. One of them watched the roaches from the joint of his eye, and that eye did not once break its gaze. “It’s all eating in this forest,” Bread mumbled to the horse.

But one late spring day, three toads started from his footfall—in the sloppy way they leap, of course. Even the small ones land like sacks of pudding, and in order to take a subsequent leap, must gather their limbs together like so many yarrow stalks under their pudding bodies. They are easy to catch, though few animals touch them. Bread slowed his pace to let them pass into the elbow grass, which grows thick all along the threadbare path. So, not long thereafter, two more toads pitched themselves away from the horse and boy, and vanished again into the elbow grass, and two more stood in profile on a stone the size of a man’s head, and four more stared at him from a low banyan branch, and thirty clung to the tree’s massive trunk, and twelve of them were on the opposite side of the path, on a stone the size of a man’s trunk, and over forty watched as they sat on a mat of rusty needles under an ancient vinegar pine. And over three hundred of them bobbed up and down and over and across one another’s backs and upturned bellies as they moved to clear themselves from the threadbare path. Then, the path took the usual sharp curve around an enormous boulder, and when boy and horse completed the near circuit, the toads were an uncountable mass. The earth’s skin, it seemed to Bread, had become a million toads. So heavy they were, that they pressed the elbow grass clean to the soil. The horse, the boy could not move.

Send your literary events or poetry or short prose with a short bio to poetlandia@flagpole.com.