A Thief at the Y: Xhenet Aliu’s Fiction

When Xhenet Aliu pronounces “Waterbury,” the hardscrabble city in Connecticut where she is from, the name sounds like a creature dredged up from the muck—a post-industrial mix of rusted steel and webbed toes, something harsh and guttural and dripping. The sea scent coming off those syllables isn’t a clean one, but it’s full of danger, particularities, five-hour-long journeys to the laundromat—and it makes for good fiction. 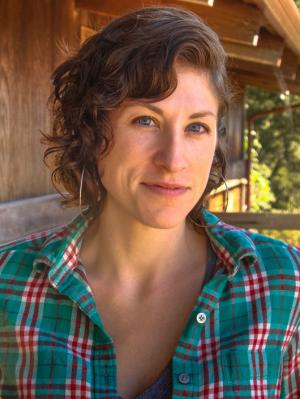 In Aliu’s debut short story collection, Domesticated Wild Things (winner of the Prairie Schooner Book Prize in Fiction), she explores the frictions, wounds and sutures of her native Connecticut, where the richest cities in the U.S. grind against some of the poorest. She writes about people on the edge—of poverty, marriage, adulthood, hope—with a tenacity and specificity that is rare and exhilarating. In stories like “Feather Ann,” excerpted below, the interior of people and places that have fallen through the cracks emerge multi-faceted and rich as chunks of humus, teeming with both life and decay.

After “fleeing” Waterbury, where “instead of the Hatfields and McCoys, we have Yankees fans and Red Sox fans,” Aliu “bounced” around the U.S. until she landed in Athens, where she now works as a librarian at Piedmont College. Aliu’s fiction and essays have appeared in the anthology Extraordinary Rendition: (American) Writers on Palestine and in journals such as Glimmer Train, Hobart, The Barcelona Review, Necessary Fiction and American Short Fiction.

The girl’s name is Feather Ann, so from the start you expected her to have scars from diseases people don’t get anymore, like measles. You expected her to wear a Band-Aid that flapped around on her shin like a surrender flag when the glue finally turned black and quit. You expected her to hang out in the locker room at the YMCA, waiting for the whistle to blow for free swim so she could steal other people’s suede moccasins from their cubbyholes. But what you didn’t expect was for Feather Ann to steal your suede moccasins from your cubbyhole, and to leave your wallet with the $7 and the Ground Round gift card sitting there untouched.

Administration said that if the cockroaches were going to be expelled from the Y then the cockroach high-rises known as the lockers in the girls’ room had to go too. Everyone’s stuff is now free for the taking, but padlock or not, back when you were a camper the counselors at the Y were too terrifying to dare to cross. You understand things have changed. You are now the counselor, terrifying only to the stray kittens that hide out near your neighbor’s muscle car, and you further can’t trust the current campers to operate on the honor system, as the only kind of honor system these kids understand is the hand-clap game invented by Honor Jones, a girl with the reading comprehension of a first-grader, the breast size of a high school junior, and a minion of devotees among the 9–10-year-old camper group. The 9–10-year-old camper group doesn’t recognize or care that while your grad school peers are sitting in quads on liberal arts campuses in coastal Maryland, teaching pre-collegiate summer courses to the brightest 1 percent of children spawned from the wealthiest 1 percent of parents, you came back here, to a city popularly known as the Dirty Water, to teach visual and performing art to them at an underfunded daycamp using materials like shipping peanuts and your own single semester of undergraduate theater. It isn’t charity but it’s non-profit, which means you could’ve made more in four weeks behind the counter at Panera Bread than in a whole summer of doing what you’re doing. But Panera Bread didn’t teach you how to breast-stroke or how to fall in love with a 6-foot-6 swimming instructor when you were a kid, so you felt like you owed something to the Y. They gave plenty to you despite never having been a young man or a Christian.

The Y is also only a half-mile from St. Catherine’s, a Catholic hospital with a questionable oncology ward which is caring for your mother, though she was also not a Christian until very recently.

Send your literary events, poetry or short prose, along with a bio, to poetlandia@flagpole.com.