Large works by Maria Dondero in her home.

“I was talking to someone about these events, and things like Rabbit Box, and he summed it up by saying these experiences are all about COMMUNITY,” Gwen O’Looney said on a recent cool fall afternoon at a house on Pulaski Street. The home belonged to artist Maria Dondero and her husband, Clyde, and, though I had never met them before, I was making myself quite comfortable in their kitchen.

We were part of a larger group getting to know each other at this latest installment of the Artists in Residence series to benefit local public radio station WUGA. Visitors paraded through the home, checking out the art and interiors while enjoying a spread by Marti’s at Midday and wine from The Healthy Gourmet.

Dondero’s playful cups and large vases filled cabinets, shelves and mantels. Wheel-thrown but bearing the clear imprint of the artist, the works are earthy and warm. Their surfaces are drawn upon, seemingly effortlessly, and feature a world of animals (all with kind faces) and botanicals: dogs, wood sorrels, wild flowers, chickens, women with leaves for hair, berries and seed cones. One is easily smitten with the potter’s cast of characters.

The glazes Dondero applies are gently hued. Egg blues, lichen greens and a mustardy soft yellow prevail. On this day, the artist, who possesses a natural grace and beauty evocative of her ceramic works, was dressed in an earthy yellow dress and a blue fair isle cardigan knitted by her mother.

Family is important to the artist. She named her line of ceramics Marmalade Pottery after  nicknames given to her by a nephew and his dad. She attributes some of her interest in tableware to family dinners growing up, which weren’t elaborate but were artfully plated and presented. 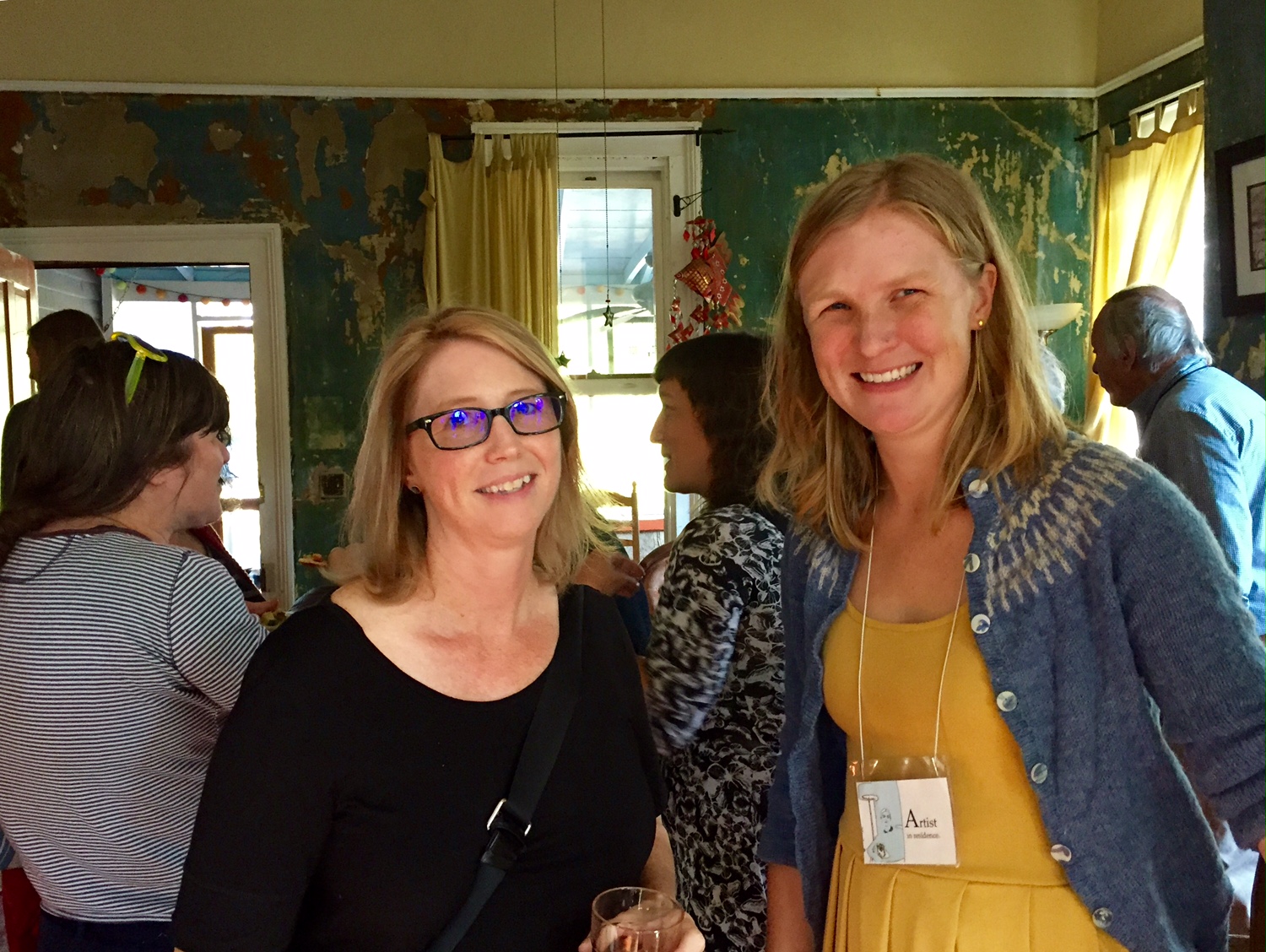 Andrea Wellnitz and Dondero visit in the artist’s living room.

The house is a warm and easy reflection of the couple’s experiences and relationships. Born in Cameroon, Dondero spent much of her childhood traveling the world because of her father’s profession. Her own work is complemented by antique ceramics from places like Iran and Vienna that were collected by her parents and later given to her. Textiles purchased in Thailand enliven the space, and quilts by Clyde’s grandmother warm every bed. 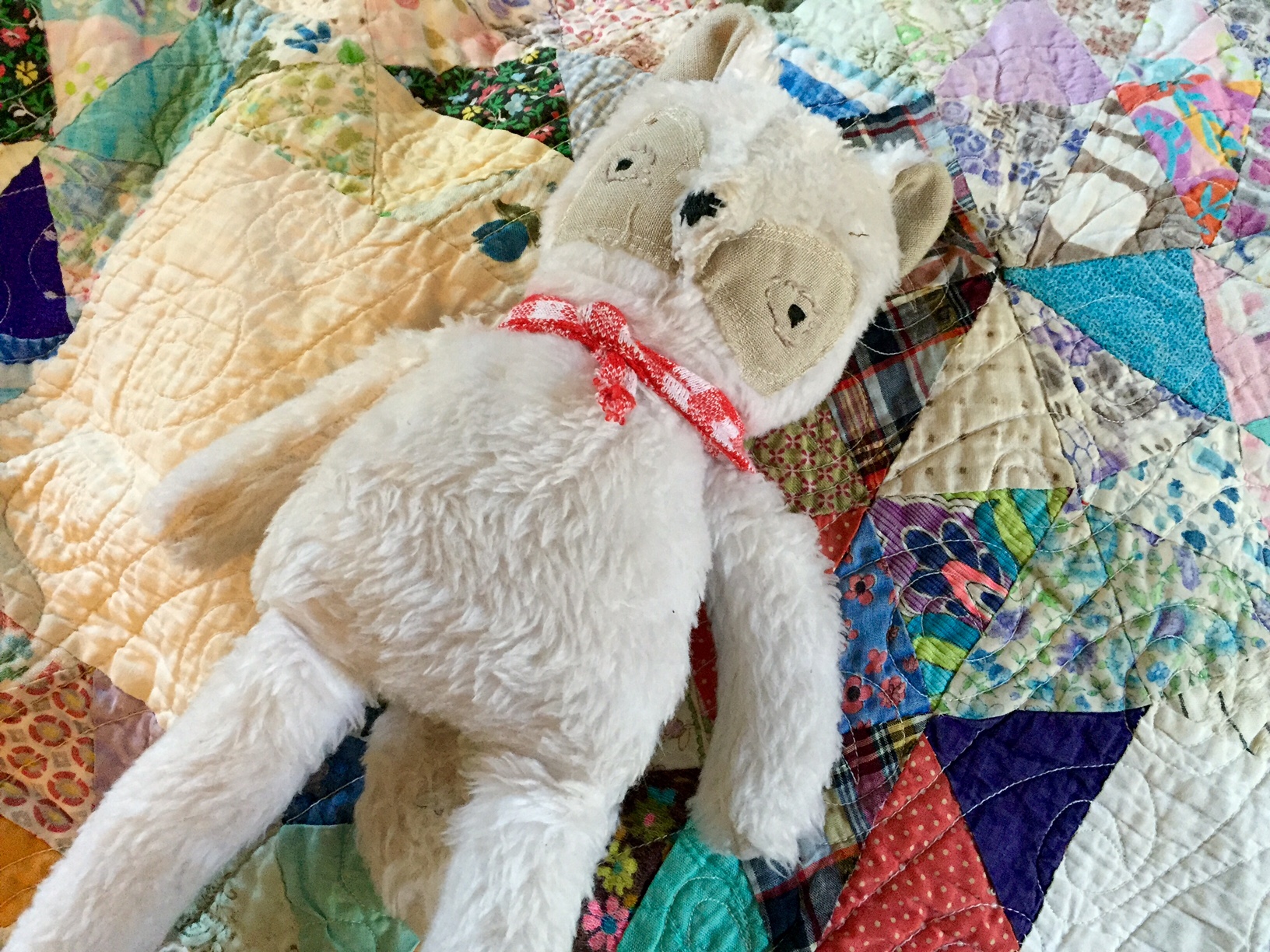 A quilt by Clyde’s grandmother and a handmade soft friend in the twins’ room.

Art and crafts made by friends, family, former students and teachers lend beauty to the house and remind its inhabitants of the loving community they are a part of.

Renowned artist and educator Ron Meyers spoke briefly about Dondero and her work, stating that she “brings to the clay making process a kinetic energy and enthusiasm.” Meyers, whose own work is internationally known and who has been credited with revitalizing American studio pottery, has clearly influenced Dondero.  They share a passion for energetic drawing, robust form and animal motifs. 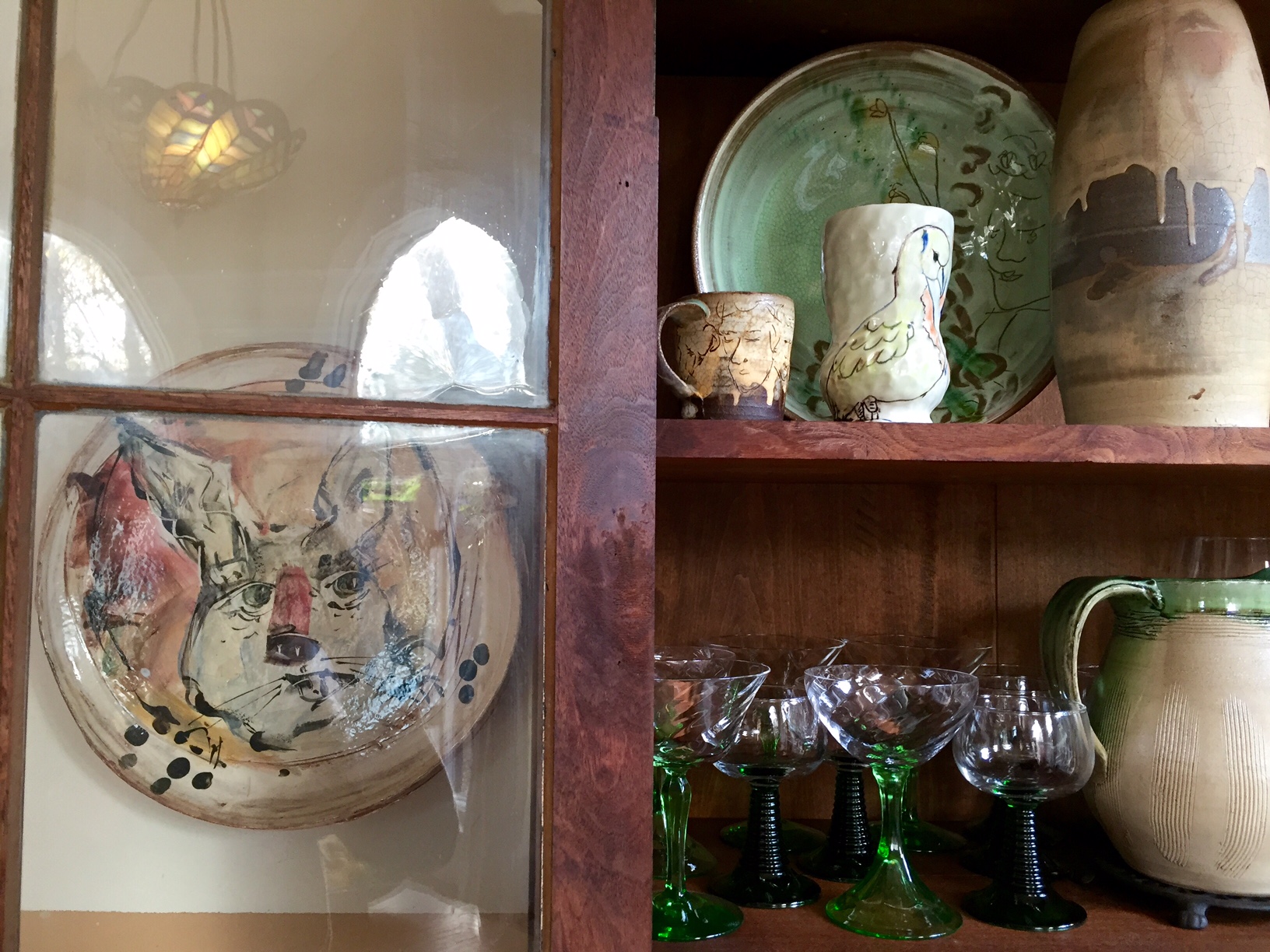 Ron Meyers spoke at the event; he made the plate on the left.

About Dondero’s “wonderful and humorous imagery”, Meyers stated “You have to look at it closely, because it is really storytelling.”

Dondero is clearly adored by her professors, fellow potters and students alike. Michael Simon also spoke up to praise the artist, as did Ted Saupe, who thanked her for her contributions to their department at the Lamar Dodd School of Art at UGA. “I don’t think we’ve had a more popular teacher to ever come in,” he stated simply. 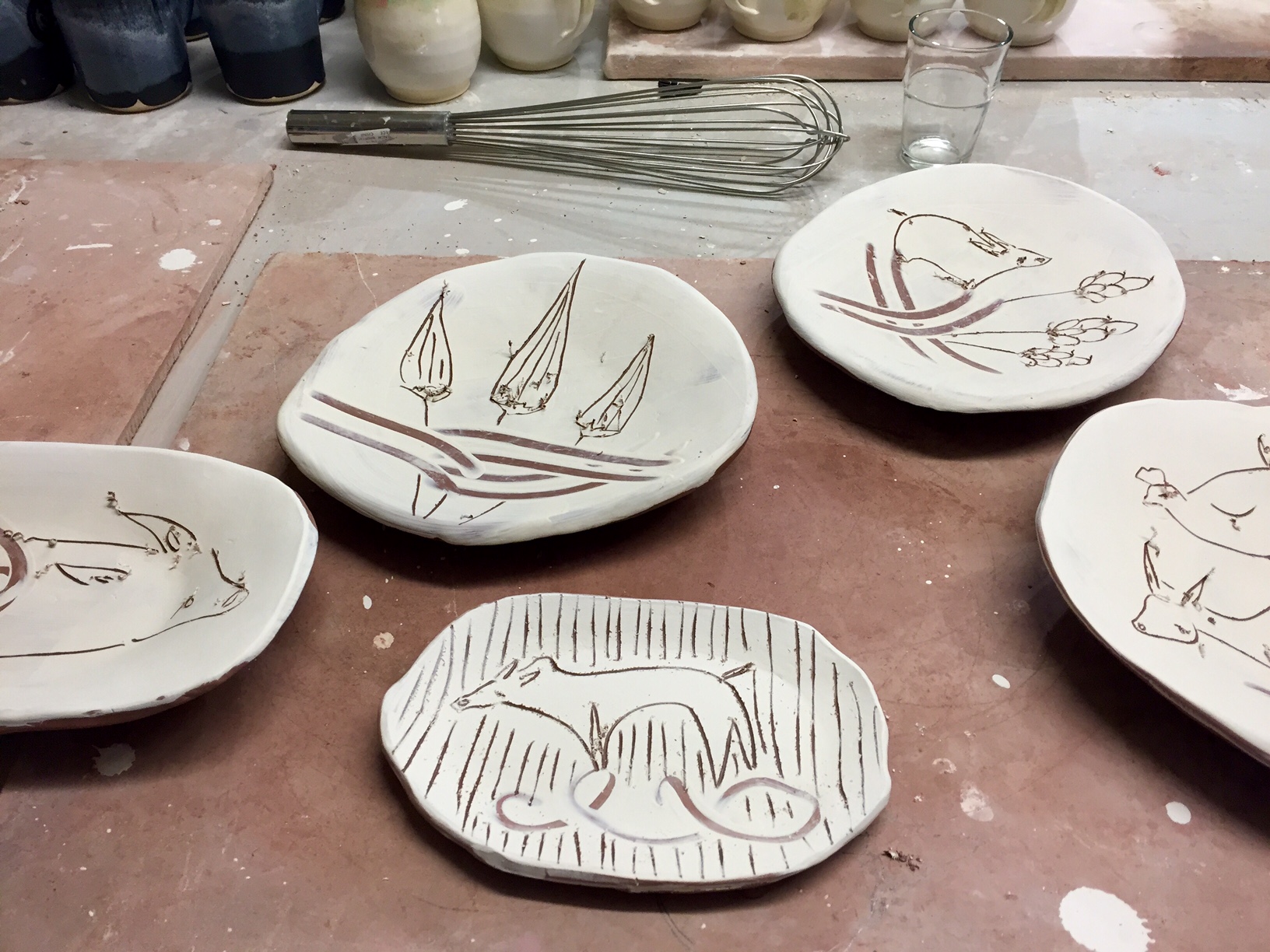 Work in progress by Dondero at Southern Star Studio.

The Artists in Residence Series will resume in the spring of 2017. For more information, visit wuga.org. To see more Marmalade Pottery, go to mariadondero.com.

This Week in Local Theater: Jane Eyre and Lady of Angria