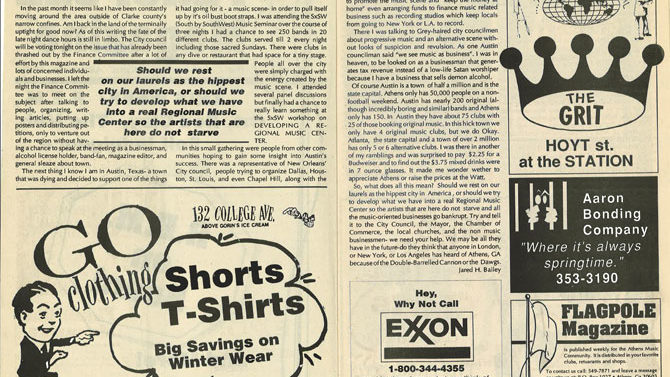 For those of you who haven’t already voted, here by popular demand is Pete’s Cheat Sheet, which can be summarized as “no, no, no, yes, Hillary.”

Amendment 1, as we all know by now, thrusts the governor’s hand into our local school systems, where he can scoop up “failing” schools and turn them over to for-profit corporations to run them like prisons. OK, that’s overstated, but you get the picture. Vote no.

Amendment 2 is well intentioned but not well thought-out. It creates a fund to help children exploited by sex traffickers, but it raises a large part of that money by a hefty tax on topless nightclubs and other adult businesses. That would set a pretty bad precedent and would be unfair to those legal businesses, regardless of what you think of them. So, no.

Amendment 3, whoa! Sponsored by a defrocked judge who is now a legislator, it abolishes the state commission that investigates misconduct by judges and replaces it with one under the tender auspices of the legislature. No way.

Amendment 4 provides for the excise taxes on fireworks to be spent for trauma care, firefighters and public safety. It’s a weird way to raise money for these vital, underfunded services, but every little bit helps. Yes.

Candidates? Hillary Clinton and Tim Kaine, for sure. The guy in the cap, Jim Barksdale, against Johnny Isakson, who is a good man and a good politician but only a kneejerk Republican in Washington. Rumors are he’s holding on against ill health until Gov. Deal can appoint himself to succeed Isakson.

And ESPLOST, of course.

That’s it. Do your duty.

As of Oct. 26, Flagpole has been your local paper for 29 years, since 1987. Jared Bailey started the publication to focus attention on the downtown music scene, which he was part of as one of the owners of the 40 Watt Club. The mag (rag) started out with mostly music coverage and anything else they could grab to fill up the pages. Then, less than a year and a half into the project, Flagpole took note of local government and began to morph into the music-and-more magazine you are now holding in your digits.

In the spring of 1989, the city government began to crack down on the late-night dance scene. The clubs back then could stay open as late as they wanted after they stopped serving alcohol. This allowed bands to play later and patrons to dance away their inebriation and prolong the evening’s fun. The government, on the other hand, saw the later hours as a crime problem. Bailey sprang to the defense of the after-hours dancing, which he hosted at the 40 Watt, and the club owners and others were able to convince the city council not to mess with the scene—at least for a while.

During that same period, Bailey traveled to Austin, TX to attend the South By Southwest music conference, where he found a city government that embraced its music scene.

“There I was,” Bailey wrote in the Apr. 5, 1989 Flagpole, “talking to grey-haired city councilmen about progressive music and an alternative music scene without looks of suspicion and revulsion. As one Austin councilman said, ‘We see music as business.’ I was in heaven, to be looked on as a businessman that generates tax revenue instead of a low-life Satan worshipper because I have a business that sells demon alcohol.”

Over the years, our government has slowly come around to acknowledging the importance of the music scene, though never with the level of support that has sustained Austin music. Bailey is now an Athens-Clarke County commissioner, and Flagpole is solidly invested in coverage of local government along with local music.

Each year we desultorily discuss celebrating Flagpole’s birthday, but we stay so busy covering music and government and arts and entertainment and selling ads to pay for all of it that we don’t make time to celebrate. Next year will be the 30th. We’ll do something special then. It will be huge! Trust us.

The ABH Has Endorsed Donald Trump