The home of David and Tracy Stroud was once again full of friends, family and visitors on a recent evening, but this time the focus wasn’t the modern architecture of their newly built and much admired house. People were there for a special unveiling of a new work by Art Rosenbaum.

Two years ago their house was in the framing stages when the Strouds decided to take an Athens Clarke Heritage Foundation walking tour of their new neighborhood. Led by neighbor David Bryant, the tour deeply inspired the couple. According to David Stroud, “We were really taken with the whole story of how everything came to pass here.”

The interest the couple had in the history of Pulaski Heights eventually merged with another interest: going to The Globe, a bar in downtown Athens. “We were patrons of The Globe for years, and all along we admired Art’s mural above the bar, which was a history of wine making,” say the Strouds.

That mural was created by the Lamar Dodd School of Art Professor Emeritus as a study for a painting commissioned by the Château Élan Winery. The work has hung at the Globe for years and, for many, is an integral part of the space.

The Strouds decided to contact Rosenbaum about commissioning a similar mural, but one that celebrated the history of their beloved Pulaski Heights neighborhood. 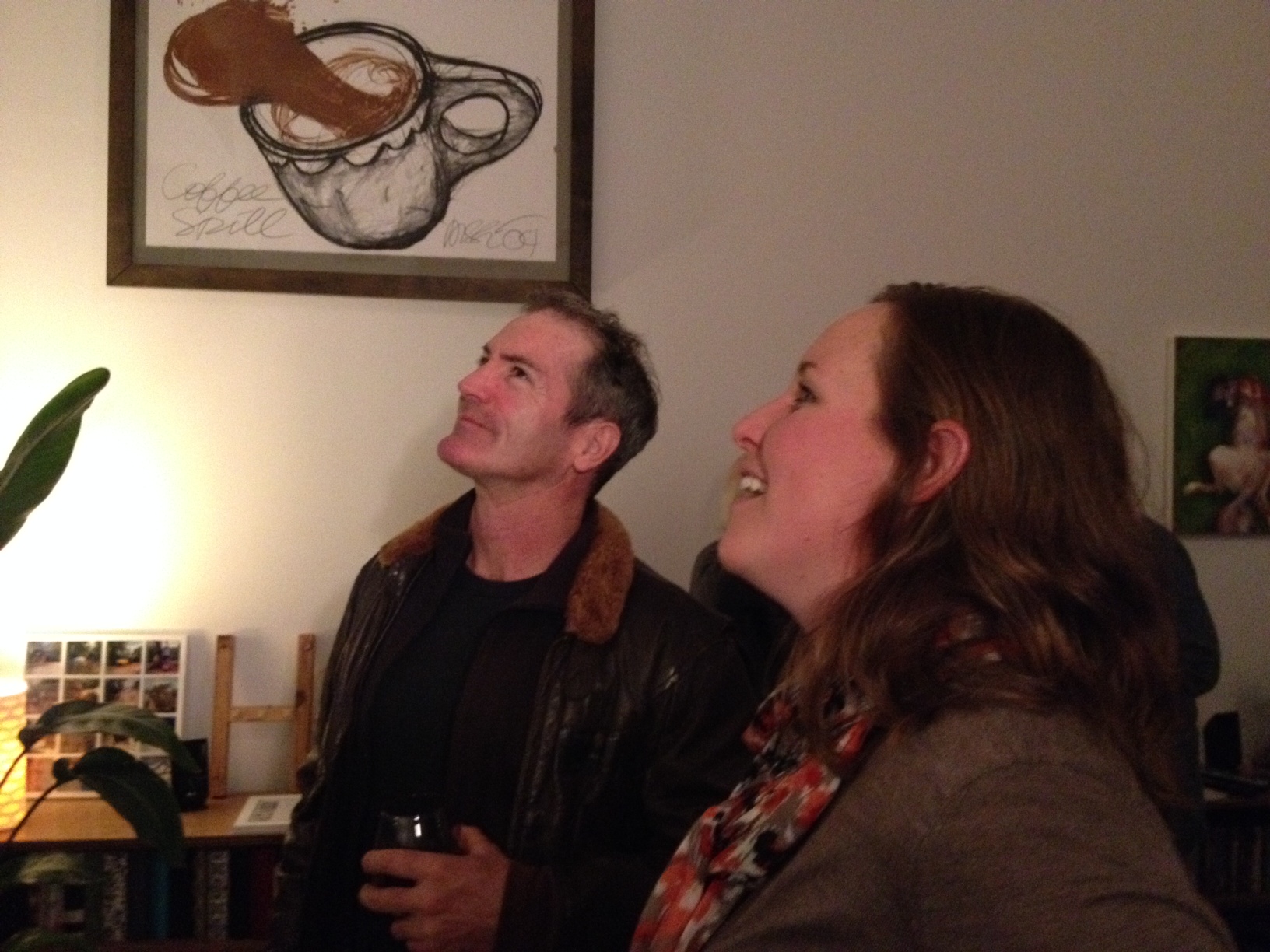 An enormous amount of research went into the project. The Strouds, Bryant, Rosenbaum and Chatham Murray all played a part, and the Heritage Room at the Athens-Clarke County Library proved indispensable.

After wine and hors d’oeuvres on a Saturday evening, the Strouds stood on either side of their mantel and slowly unrolled a kraft paper covering to reveal the Pulaski Heights Triptych. The work in charcoal was conceived as a triptych because the history of the neighborhood is comprised of three distinct periods: the birth of the neighborhood, its bohemian era and the neighborhood today.

In the beginning, Pulaski Heights was near, but sequestered from downtown, and residents took the train in and out. The community had its own cotton mill, abattoir and grocery. Appropriately, the train track features prominently in this portion and is used as a compositional device through all three panels. Referring to the tracks, Rosenbaum stated, “I had a dual purpose. I wanted to portray the people and the history but I also wanted it to work formally.” 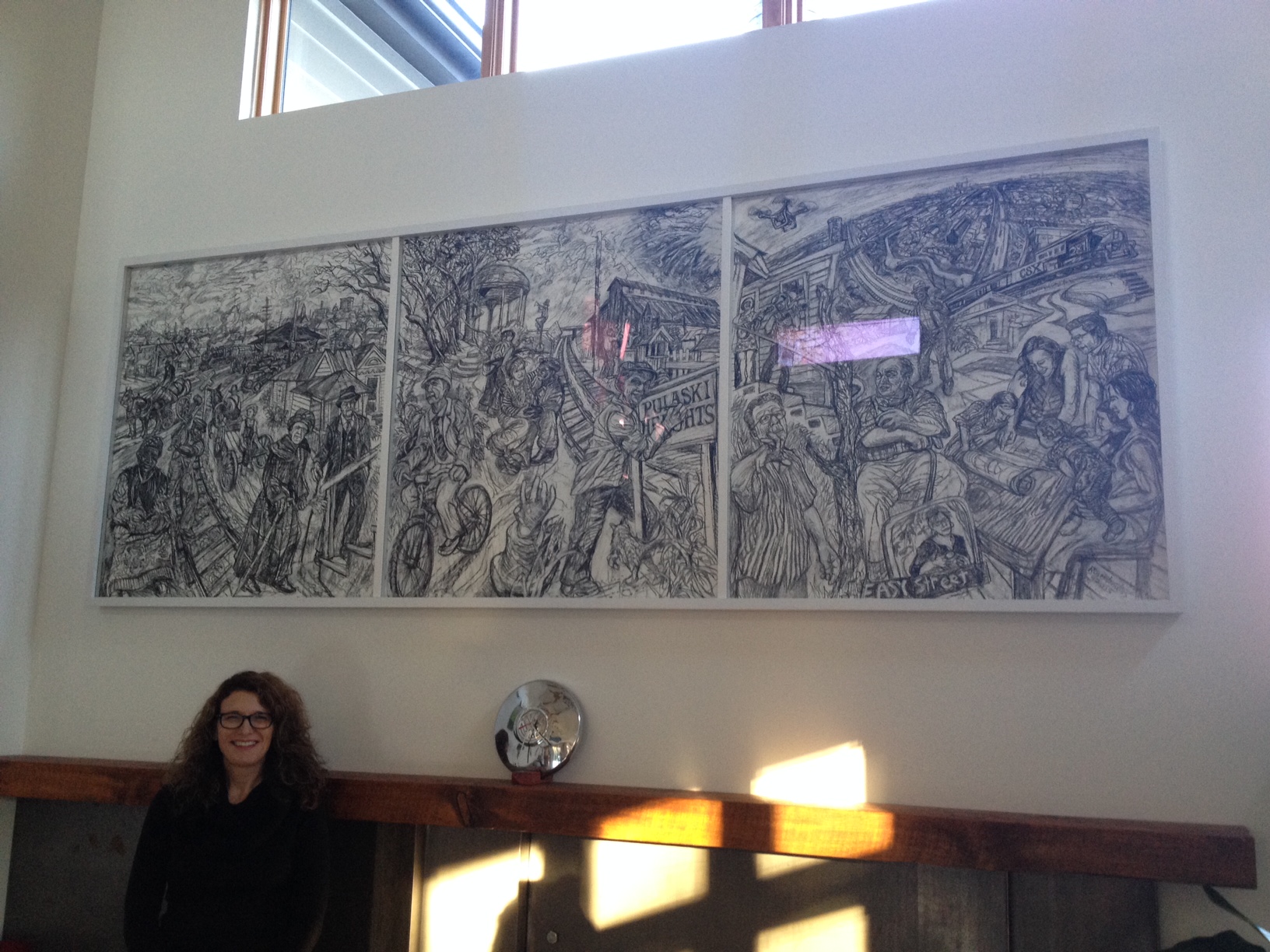 Tracy Stroud and the commissioned triptych.

The middle panel features the more colorful and bohemian era of Pulaski Heights when it was in some decline. John Linley, the modernist landscape architect, wheels through the foreground on his bicycle. To his right, artist Chatham Murray paints a sign reading “Pulaski Heights.”

The right panel depicts the neighborhood today, which is experiencing revitalization and a creative surge. Architect Lori Bork Newcomer looks at blueprints with clients Krista and Trevor Jones and their young family. Milton Leathers is seated with a cane. Leroy Childers, who at 90 is the oldest resident in the neighborhood, is there. Nancy and Charlie Hartness of Hawk Proof Rooster play old-time music in the background. 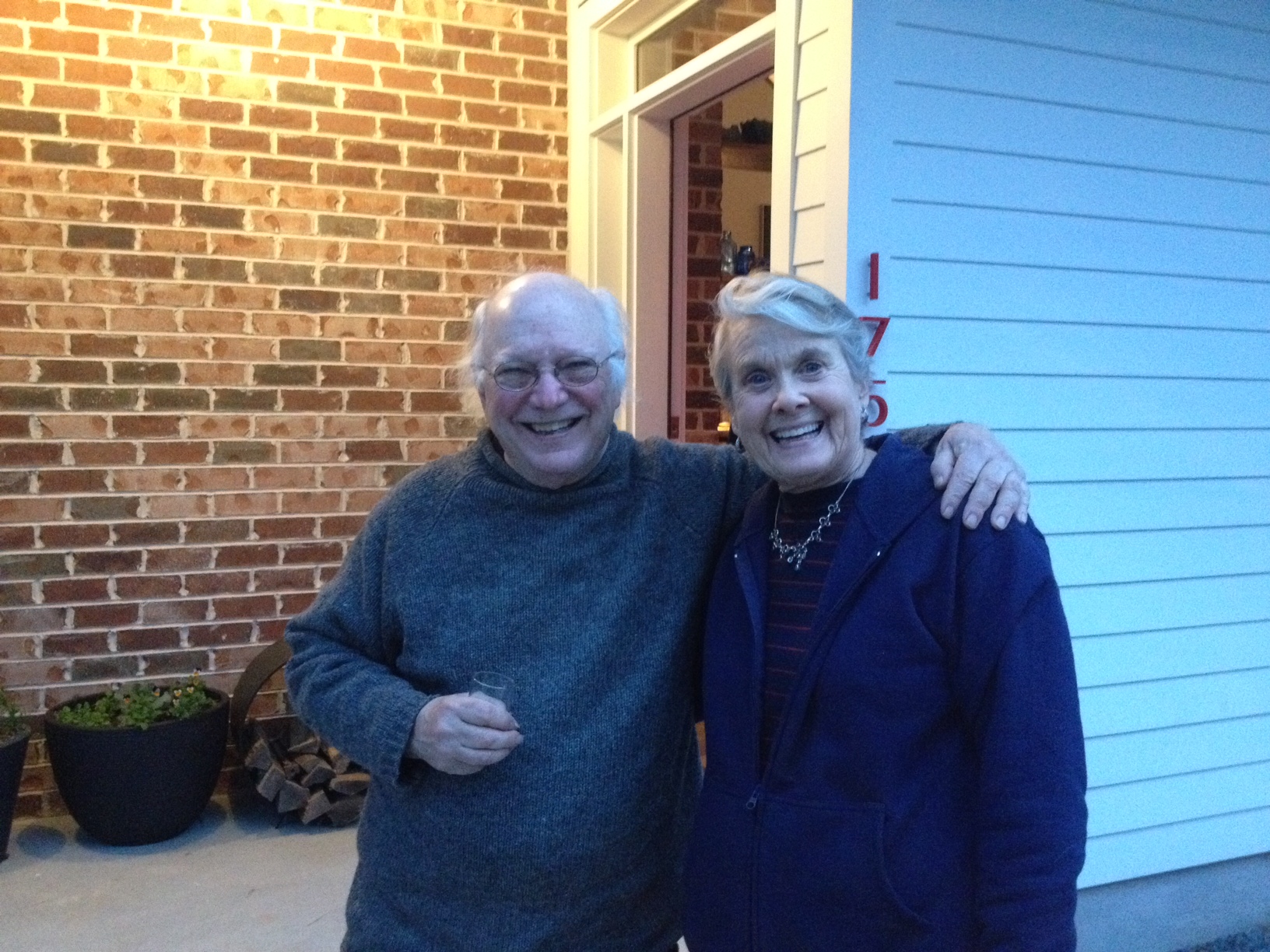 Modernity is emphasized with the appearance of a drone belonging to Art and Margo Rosenbaum’s son in the upper left corner. He normally uses it for video work, but relied on it to get aerial views for his father to aid him in depicting the landscape.

The Athens-Clarke Heritage Foundation’s walking tours will resume next fall. For more information, go to achfonline.org.

Athens Power Rankings for the Week of Nov. 23