When asked by a visitor whether he was working to preserve, document or save the locations depicted in his landscapes, painter Philip Juras said he was “more concerned with depicting the experience of the place.” On Sunday, attendees of WUGA’s latest installment in the “Artists in Residence” series got to experience lots of these places, as well as the actual home of the artist.

Juras and his wife, painter Beth Gavrilles, have filled the walls of their modest but lovely Boulevard home with their work; its generous 12-foot-high ceilings provide space for a lot of it. Beadboard and other period details, earthy colors and a small assortment of antiques—including a set of shield back dining chairs—take a back seat to the paintings. Decorative objects are kept to a minimum, barring the occasional long leaf pinecone tucked among the artworks. Mostly, the home is filled with landscapes done by this creative and productive couple. Scenes of the southern Piedmont, controlled burns, coastal Georgia, swamps and even Europe provide experiences of natural worlds beyond Athens. 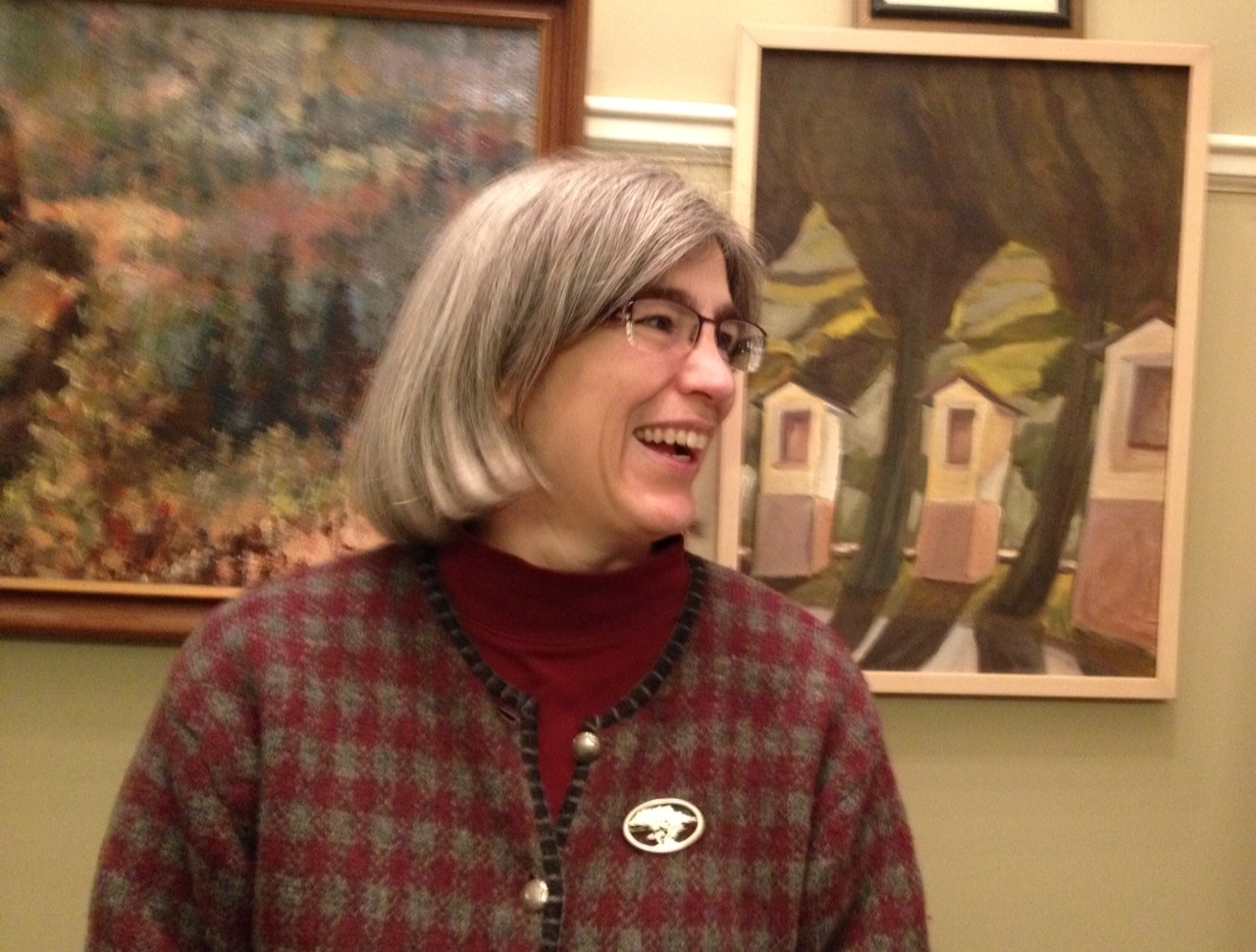 Beth Gavrille and husband Philip Juras opened their home for WUGA. The work on the right is by Gavrille.

Juras’ niece Kathryn was on hand to help guide visitors through the home. She wryly shared the story of picking a pretty bunch of grass in the yard to bring inside and display when she was younger, only to be told by her uncle that it was an endangered native grass and she probably shouldn’t have done that. Indeed, the entire front yard is filled with plants native to the southern Piedmont, reflecting Juras’ work as a Master of Landscape Architecture—he received his MLA from UGA in 1997, seven years after earning his BFA—and the themes of his work as a landscape painter documenting regional ecosystems.  Juras doesn’t mow his yard but instead knocks the grasses down in the spring and then does a controlled burn, with the blessing of his neighbors. “I have to confess, I’m a little bit of a pyromaniac.” 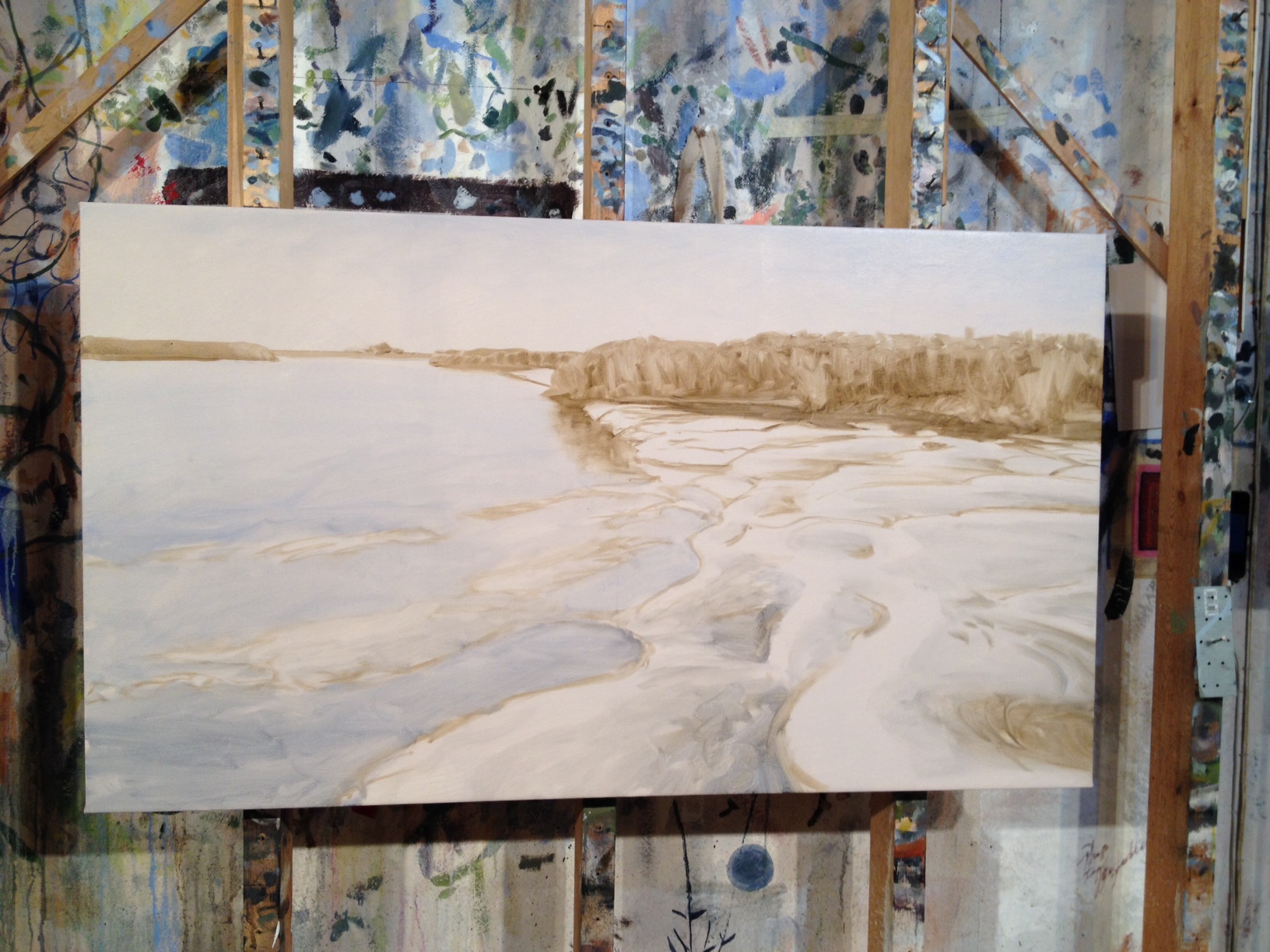 A Juras painting in its early stages in the studio. Juras showed a video of paintings in progress to show attendees the process.

One wall in the dining room was devoted to studies of locations painted by Juras and Gavrilles together. Their impressions of landscapes encountered during travels in Italy and Germany were hung side by side: a series of “his and her” views of scenes experienced and depicted together. Their styles, while very different, complement each other. The couple met while they were art students participating in UGA’s Cortona Program in 1988. The abundance of work in their home seems to imply that they have been inspiring each other ever since, though when asked how often the pair were able to travel and paint together, Gavrilles’ response was, “Not often enough!” 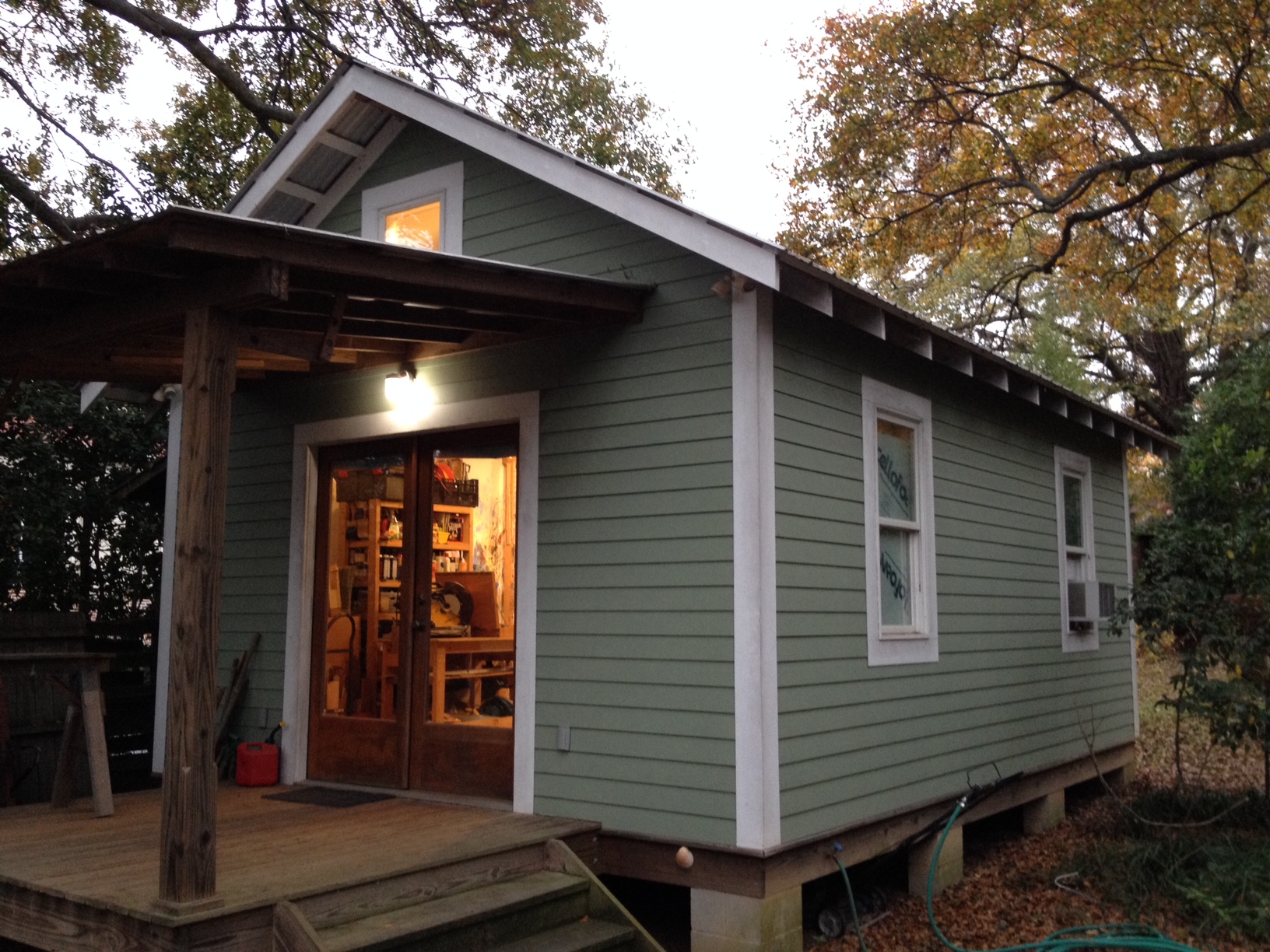 Juras built his painting studio, which is located behind the house.

Janice Simon, Josiah Meigs Distinguished Teaching Associate Professor of Art History at UGA, enthusiastically spoke about the work of Juras during the event. Simon, who is currently working on a book about the image of the forest interior in American art, compared the work of Juras to Hudson River School artist Frederic Edwin Church. Simon stated that “Church’s intention was to capture a portrait of a place” and, like other 19th-century landscape painters, promote national issues and history as a wider purpose. “Philip” she went on,” is interested in ecological agendas and environmental agendas.” Afterwards, Juras smiled boyishly and joked, “I can’t live up to being compared with Church.”

Phillip Juras is currently preparing for “The Wild Treasury of Nature: A Portrait of Little St. Simons Island,” which will open at The Morris Museum of Art in Augusta in the spring of 2016. For more information, visit philipjuras.com.