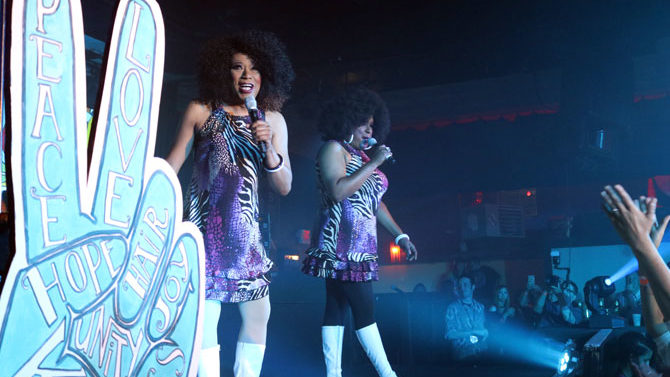 It’s been four years since I last wrote about Boybutante, and Athens still doesn’t have a gay bar, y’all. That might sound like a petty concern, but community is important, and perhaps it’s even informed the theme for this year’s Boybutante Ball. It’s called the “The Roaring ’20s: A Bootlegger’s Ball,” which also happens to be the only job my grandfather could keep after “the war.” There was a clandestine, secretive, backwoods aesthetic that existed around how my granddad made his money during a time when the LGBTQIA+ (lesbian, gay, bisexual, transgender, queer, intersex, asexual and others) of America also had to do their thing in secret. Or maybe the queens just wanna dress like steampunks—who knows?

Boybutante isn’t all fun and games, even though it started out as a literal house party with friends getting dragged up and performing for the fun of it. At the end of the night—or rather, the beginning of the morning—they realized they had amassed a nice little chunk of change, and since these performers clearly have hearts of gold, they decided to donate the bucket to charity. This snowballed into the Boybutante AIDS Foundation, a nonprofit that will host the event for the 29th year in a row.

Boybutante is an organization more so than a party, so events happen year-round to raise money and educate the public, but Boyball Week is what we’ve all been waiting for. It started on Apr. 16 with an amateur drag competition, followed by Drag Bingo at The Foundry and a VIP happy hour for the most generous of donors, with the 29th Annual Boybutante Ball being the icing on the cake. Always at the 40 Watt, this year’s ball touts a $25 general admission price with doors opening at 9 p.m. on Saturday. Attendees dress according to the theme with a skill that can rival that of the performers—it’s definitely a “see and be seen” event among a certain sect of the Athens LGBTQIA+ community.

If the balls, which are almost mythical in their size and salaciousness, are the icing on the cake, then the cherry on top is the annual Survivor’s Brunch on Sunday, more often referred to locally as Drag Brunch, catered by Mama’s Boy at the Athens Cotton Press at 149 Oneta St. this year.

Of course, all of this fun is for a good cause—Boybutante is the largest donor to Live Forward (formerly AIDS Athens), which provides nearly every type of support and outreach to people living with HIV and AIDS in Athens and surrounding areas.