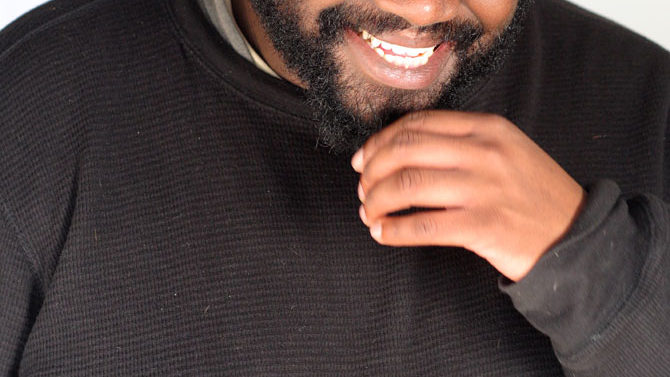 One of the underappreciated aspects of Slingshot is its Comedy Night. After an excellent showing from Doug Benson and Jonah Ray last year, Slingshot has upped the ante for 2015, bringing on three big headliners: Kyle Kinane, Ron Funches and Kurt Braunohler.

Kinane has performed in Athens several times over the course of his career. His recent Comedy Central special, I Liked His Old Stuff Better, was filmed at the 40 Watt last summer; Kinane was generous with his shout-outs to the venue and the city throughout the recording. Kinane’s dark, alcohol-fueled material walks the line between offensive and hilarious. He’s known for his run as Comedy Central’s commercial announcer, as well as his appearances on “Drunk History,” “At Midnight” and “Bob’s Burgers.”

Funches is a lovable comedian with a signature childlike giggle guaranteed to put a smile on your face. At this point, to compare him to a teddy bear would be a cliché and an insult—if anything, teddy bears could take a lesson or two from Funches. His comedy is surface-level silly, but takes on race, social politics and the general weirdness of human interaction, with depth. Funches currently stars on the NBC sitcom “Undateable,” and will appear in the Will Ferrell/Kevin Hart film Get Hard later this year. He’s known for his writing/acting stint on “Kroll Show,” as well as his appearances on “At Midnight” and “Bob’s Burgers.”

Kurt Braunohler specializes in lighthearted takes on shitty situations. Single life, narcissism, American consumerism—there is no subject Braunohler won’t tackle with a sly smile hidden behind a fake frown. His deep-seated optimism is nothing less than infectious. Braunohler is known for hosting “The K Ohle” podcast on the Nerdist Network, as well as his appearances on, yes, “At Midnight” and “Bob’s Burgers.”

Kicking off at 7 p.m. Saturday, Mar. 28 at the Morton Theatre, Comedy Night will be hosted by Chunklet’s Henry Owings. In addition to its three headliners, there will be appearances from North Carolina comedian Chad Cosby and a special video presentation by Georgia comedy collective 3B.