Sprockets Strikes Out On Its Own 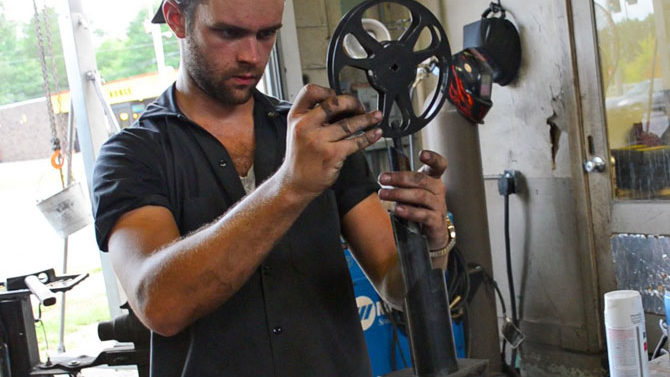 July 18–19 at the 40 Watt Club, the annual Sprockets International Music Video Festival will unveil a wide array of videos from filmmakers all over the country and beyond. Although the fest is primarily focused on local musicians and directors, since 2010 the festival has obtained entries from all over the world. This year, entries arrived from 25 different countries on six different continents.

In an age when the artistic form of the music video seems devalued, it’s encouraging that many young filmmakers are still attracted to the medium.

“It’s so cool to see what filmmakers are doing across the globe,” says Sprockets founder and curator Danielle Robarge Rusk. “The great thing is that Athens folks are making music videos that are as good as any in the world. Friday night’s Georgia Music Video show is kind of like going to Sprockets in 2008, with a super lineup of mostly Athens and Atlanta bands. Then, Saturday, we’ll have a combination of videos from everywhere—Athens to Singapore.”

Indeed, the festival, which prior to this year was part of AthFest and connected with the Flagpole Athens Music Awards, has expanded to include two separate music video shows—one for local and regional artists and one for national and international entries.

“In 2004, we received 24 music videos and played them all,” Rusk says. “As the years went on, we got more entries, and in 2008 they started coming in from other states—and then, in 2010, other countries. Last year was the year we decided to add a Georgia show to make sure we were still giving local filmmakers a place to show their work. It was kind of a bummer not being part of AthFest, and especially the Flagpole Music Awards, but I think it will help solidify our own identity as a standalone festival.”

At Friday’s Georgia Music Video Show, audience members can vote for the Best Georgia Video award. Doors open at the 40 Watt Club at 9 p.m., and the show gets rocking at 10. The next day, the festival kicks into high gear at 1 p.m. at The Melting Point with the Sprockets Industry Talks, featuring a panel dedicated to the history of music videos, with guest music video historian Stephen Pitalo. Originally hailing from Biloxi, MS, Pitalo is a freelance music and entertainment writer and a serious historian of the music video form. Later that day at 3 p.m., also at The Melting Point, web developer and co-founder of the Internet Music Video Database Adam Fairholm will talk about how music videos have changed in the digital era.

“Stephen has interviewed all the 1980s directors, artists and MTV VJs,” said Rusk. “He’s really the leading expert on music video history. Adam’s talk is going to pick it up from there and talk about early video on the web, technology, distribution, monetization and what’s next for music videos. I think these talks will be super fun and appeal to a lot of folks, whether you’re a big ’80s music fan, a musician, filmmaker or work in new media.”

Saturday evening at the 40 Watt, the show will peak with the Sprockets International Music Video Show, when all the entries will be shown and the awards will be handed out. This year’s judges are Louis Calabro, the Director of Awards and Special Events at the Academy of Canadian Cinema and founder of the Prism Prize; Caroline Bottomley, the founder and managing director at Radar Music Videos; Vince Mancini, writer, comedian and founding editor of FilmDrunk.com; musician, producer and UGA Music Business Program Director David Barbe; and Alyssa DeHayes, Team Clermont publicist and owner of Arrowhawk Records.

Although the music video may not be as influential as it was in its heyday of the 1980s and 1990s, Rusk still feels passionate about the form and its place as a viable artistic medium. Sprockets has given a platform to that expression, and Rusk says it will continue to do so as long as artists and filmmakers keep gravitating to music videos.

“I see music videos as an opportunity for filmmakers to stretch themselves creatively and technically,” she says. “We are a film festival, so we approach music videos as short films. We look for the same things that make a good film: original ideas, compelling story, high production value and the use of new techniques.”