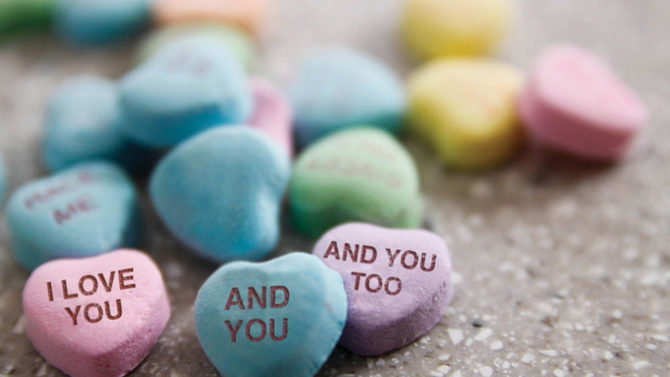 It shouldn’t be surprising, but it is. The young woman sitting with members of Athens Polyamory—a newly formed social group for people in non-monogamous relationships—leans over to kiss her partner on the cheek when he had clearly arrived at the crowded coffee shop with someone else. The woman he’d come with doesn’t seem to really notice.

Athens Polyamory started meeting last month and is open to couples and single people of all genders and orientations who are either currently non-monogamous or would like to learn more about ethical non-monogamy, say co-founders Matt Parsons and Eli Gaultney.

“[Meetings will] focus on social interactions, connecting to people with similar views,” Parsons says. There’ll be speakers, discussion and workshops at future meetings on the first Saturday of each month. Right now, they’re working out the organizational kinks before the meetings start, “getting the boring stuff out of the way so that we can get to the fun stuff—which is very similar to other aspects of poly.”

Polyamory, often shortened to just “poly,” is a relationship model whose main principles are ethical and consensual non-monogamy. Participants in these relationships will typically have some sort of agreement that governs the conditions of their relationship, and this requires a “very radical degree of honesty,” as Gaultney puts it, to make sure that everyone’s wishes and feelings are respected.

Poly is different from “swinging,” which is more casual and physical in nature. Swinging can be fairly couple-centric and less about heart than loins, while love and sex tend to overlap in poly relationships. This means that there’s often a lot of talking in poly relationships before anyone ever hops in the sack. “Polamory is based on finding people you love,” Gaultney explains. “That’s not to say that swingers aren’t welcome at Athens Poly meetings—quite the contrary. Come one, come all.”

Popular notions of non-monogamous relationships often come from popular television stories of religious polygamy like “Big Love” and “Sister Wives.” Poly relationships are different in that all participants are able to choose non-monogamy. “It’s important to have the agency to choose,” says Sarah McManus, one of the founding members of Athens Poly.

Group members can’t stress enough that their organization only supports ethical and consensual non-monogamy, with all participants being on board with all the goings-on. That’s why swingers are welcome, but people looking to cheat on their partners are not. “A lot of people are familiar with non-monogamy in this town,” says Parsons, referring to the vibrant singles scene in Athens, but Athens Poly intends to both teach and encourage “openness, honesty and really clear channels of communication” within relationships.

They’ve determined ethical and behavioral guidelines for the group and intend to have workshops about consent—a central theme of poly—and there will also be training in nonviolent communication with local facilitators. Members’ privacy is of utmost importance, and no one’s identity is made public unless they choose, in part because of the stigma attached to this type of relationship model. “It’s hard to find people who are open about having [been polyamorous] for a long time,” Parsons says. “It’s something hard to do without community support.”

Which might be why it’s still shocking when a young attendee is affectionate towards her partner while he sits with an arm linked into the arm of his other partner. We aren’t at anyone’s private home, but instead in one of the most popular local coffee shops in town. Clearly, at some point, the three of them had a long and probably geeky conversation about their relationship dynamics—and probably a “really nerdy safer sex agreement,” as McManus says. While other people might become despondent with jealousy at a sight like that, these three are just fine.

Openness and communication are the only ways that non-monogamous relationships work in today’s world, what with humanity’s tendencies towards jealousy, distrust and possessiveness in relationships. While some people might think that these are just innate qualities in people, Parsons begs to differ. “Jealousy isn’t natural, but a reaction that’s been instilled in us from our culture,” he says. “It’s a secondary emotion, a primary emotion that comes out as jealousy. If [someone] feels threatened, then it comes out as jealousy.”

Gaultney and other members find that attitude problematic. “People see jealousy and possessiveness as signs of love,” he says. “Love is a positive emotion and should not manifest itself in any negative way, if you’re doing it right.”

McManus agrees. “Polyamory is valuing a person over a relationship,” she says. “I’d rather see one of my partners happy than only with me.”

Not everyone can conquer jealousy. It doesn’t always go away, and some people who practice ethical non-monogamy can still feel it here and there, but they say that once one can deal with it, the possibilities are endless. Poly people have the privilege of being able to date in a style of their choosing, not just how it’s been dictated through social norms and expectations. Many members of the group talk about how ethical non-monogamy relieves the pressure of having to be everything to a single person and the freedom of being able to tailor their relationships with each partner. “It’s not just the default template of dating,” McManus says.  “You can choose what you want to share with each partner.”

Poly people can have kids and share a home with one partner while having another partner for dancing and wild nights out, and then another for summer festival season, and then another for cuddling and making out, if they so choose. The key appears to be freedom, the agency to choose and respecting partners enough to give them a choice as well. “You don’t have to fulfill all of a person’s needs,” McManus continues. “[Poly people] want to choose to share time and space, instead of feeling stuck with someone.”

Speaking of time, scheduling is one of the trickiest aspects of having many lovers. This is where radical honesty comes in again, and having multiple partners requires as much time and energy as one might assume. But like most things, “you get back what you put into it,” Gaultney says.

Members of the group are all young and energetic types, glad to create a space where like-minded people will be able to come together and be supported in their choice of relationship model. Everyone involved so far has been practicing polyamory for at least two years, except Rebecca Seidl, another Athens resident who has only been practicing poly actively for a few months now. Far from being nervous or dealing with horrible bouts of jealousy, she says that, so far, it hasn’t been too difficult.

Seidl already dated non-traditionally but not exactly polyamorously in the past, she says, so her natural tendency towards questioning the norm is one of the things that attracts her to non-monogamy. “It’s something that I’ve thought about a lot for years,” she says. “I hate [that] everything has a default position in society that should not be there anyway. That’s kind of how I feel about monogamy.”

There are other differences between monogamy and poly that tend to attract people to the latter. McManus describes her relationship with her lovers in a way that made it sound more like having several best friends. “It’s easier to take rejection, because you have someone to talk to about it,” she says, talking about how she often discusses failed attempts at dating and romance with her current partners. “It relieves the pressures of dating, makes it easier to flirt with folks.”

Athens Poly is a small group right now but intends to grow, and they’ve used another club, Atlanta Polyamory Inc., as a model to loosely follow. They intend to plan pub crawls and speed-dating events, as well as family-friendly meet-ups and parties—situations that encourage all kinds of relationships to form. Dating isn’t the intended end result for attendees of Athens Poly, but if dating happens, then that’s OK, Gaultney says.

The word “polyamory” itself means “many loves,” and the focus of the group—and by extension, it’s members—is to facilitate loving, healthy relationships borne out of mutual consent and respect, whether those relationships become sexual, romantic or platonic.

WHO: Athens Polyamory
WHERE: Varies; check meetup.com/Athens-Polyamory
WHEN: First Saturday of every month
HOW MUCH: FREE!