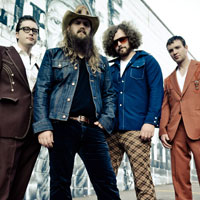 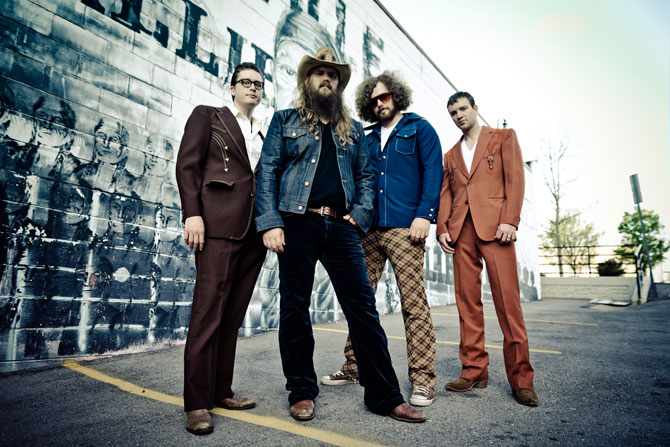 “Only in a country music song can you get laid and saved in three minutes. It was a lot about my history. It was bluegrass.Â  It was Southern rock.Â  It was a lot of things,” Kenny Chesney told CMT during a party celebrating the Billboard chart-topping success of his single “Never Wanted Nothing More” in 2007.

Nashville-based songwriter Chris Stapleton is a lot of things, too, including co-author of the aforementioned smash hit (along with others he has penned for George Strait and Brad Paisley) and three-time Grammy nominee (for his vocal and guitar work with bluegrass powerhouse The Steel Drivers). Thankfully for us, he’s also a muscle-rock revivalist who currently fronts a fierce four-piece called The Jompson Brothersâ€”a group that features former Athenian Greg McKee on guitar, along with J.T. Cure on bass and Bard McNamee on drums.

While names like Chesney and Paisley lack a certain dirty Southern (hipster redneck?) credibility, Jompson is one of those hard-nosed fictional surnames that might be found in a Larry Brown novel; indeed, the Brothers’ music could soundtrack his gritty tales of humid backwoods.

Stapleton has been a salaried songwriter in Nashville for over a decade. Yet, he explains, “I’m not particularly emotionally invested in every song I write… probably, most songs I write. Which is maybe not what people like to hear. I go in and do my job, and it’s not that I don’t love my job, it’s the best job in the world… [but] I like to play rock and roll, too. It’s that carnal, caveman need. The great thing about playing rock and roll [is] there’s no rule to it… It’s a completely selfish indulgence… a musical self-indulgence that has no rules. That’s how music winds up evolving. We’re always kinda hunting for something, not knowing what it is.”

Find your trucker hat, and bring a lighter to the 40 Watt. This is music worthy of a sea of saluting Bics.