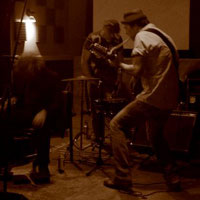 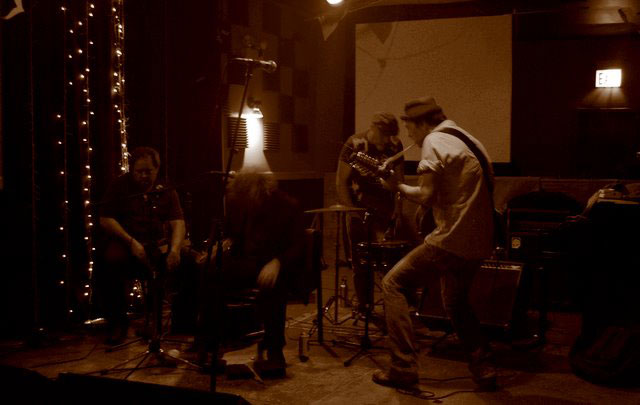 Itâ€™s been quite a while since John Forbesâ€™ Georgia days, but old-school fans of his bug-eyed, growly style and joyfully maniacal presence have strong memories of his heyday in the Atlanta band scene. The singer/guitarist returns to the Peach State this week with his latest group, the loose and bluesy Tijuana Hercules. Forbes still wears old-man attire and opens his eyes wide when he sings and hollers.

â€œYep, I still wear hats and, most likely unintentionally, behave like a freak,â€ he says.

Currently settled in Chicago, Forbes used to play guitar with Phantom 309 and Dirt before relocating to the Windy City in 1993. Dirt came from the art-freak Cabbagetown side of the Atlanta scene and was particularly popular in Athens for its gritty, chaotic, post-punk jumble of menacing guitars, screeching vocals and black humor.

Tijuana Hercules started taking shape in 2000. The group released a few self-produced EPs before issuing a self-titled LP in 2005. The bandâ€™s most recent slab, 2009â€™s The Almanack of Bad Luck, features a brassy horn section, which elevates its already clangy sound to a new level of cacophony.

â€œI had a ton of help on that one,â€ Forbes says. â€œHorn sections, organs, pianos, electric washboards, jew harps and trash percussion. And I even had Kelly Hogan sing on a song.â€

In Chicago, Forbes sometimes invites as many as 12 or 14 musicians onstage for shows, often with two or three drummers on full kits. But even with a smaller lineup, Forbes manages to make a wonderful, rhythmic racket. At this weekâ€™s show at Little Kings, the roster will include Tony Mendoza, Greg Norman and Alan Scalpone.

â€œThe instrumentation is me on 12-string guitar and everyone else on percussion, horns and whatever else is at hand,â€ Forbes says. Expect a raucous, Beefheartian slew of burp-inducing rock and roll.