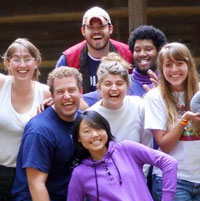 As far as we know, everyone whoâ€™s ever lived has done so on Earth. We also know that everyone enjoys a well executed a cappella act. Furthermore, any musical group that does a Lion King medley appeals to anyone possessing a soul. 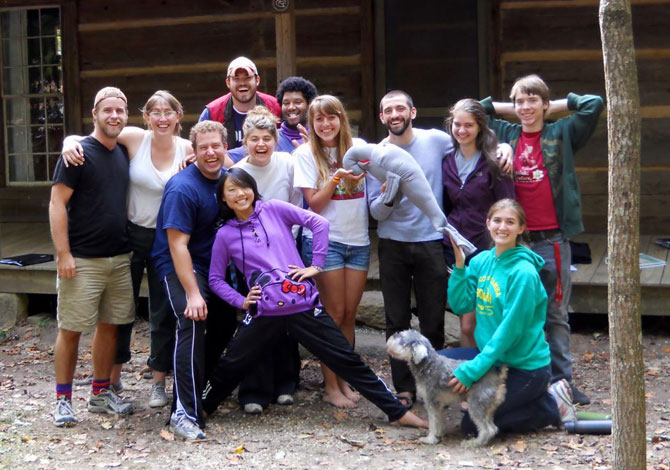 The Ecotones, a 16-member a cappella act from UGA that â€œsimply wishes to promote environmental awareness in a fun, creative manner,â€ combines the aforementioned elements to create a uniquely entertaining experience. The group keeps shows exciting by drawing from various musical sources, backgrounds and experience levels, according to vocalist/administrative director Rachel Cheatham.

â€œWe get our songs from several different sources,â€ says Cheatham. â€œMore and more of our songs are being arranged by our current members, but we also get arrangements that are written by members of other a cappella groups on campusâ€¦ We try to keep things interesting by having a broad repertoire of pop, rock, country and hip-hop. Since we are an ‘ecologically minded’ group, we try to include songs that have ecological themesâ€¦ and we all come from different musical backgrounds. Some of us have only had exposure to high school chorus classes. Others are majoring in music. Still, others only have experience singing in their shower.â€

Cheatham canâ€™t seem to stress the fun factor of The Ecotones enough. Audiences can expect to see more than a familiar musical performance.

â€œIn addition to singing and dancing,â€ says Cheatham, â€œwe try to put on a full stage show with skits, repartee and audience interaction. Our goal is to get the audience to have as much fun as we’re having during a show.â€

While The Ecotones have a loose message, they refrain from being preachy by making the shows more about awareness and fun than prescriptive environmentalism. Even if you hate the environment, you love a cappella and The Lion King. Two outta three ainâ€™t bad. The music on Saturday begins at 7 p.m., and proceeds benefit the Upper Oconee Watershed Network.