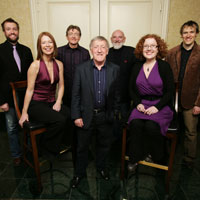 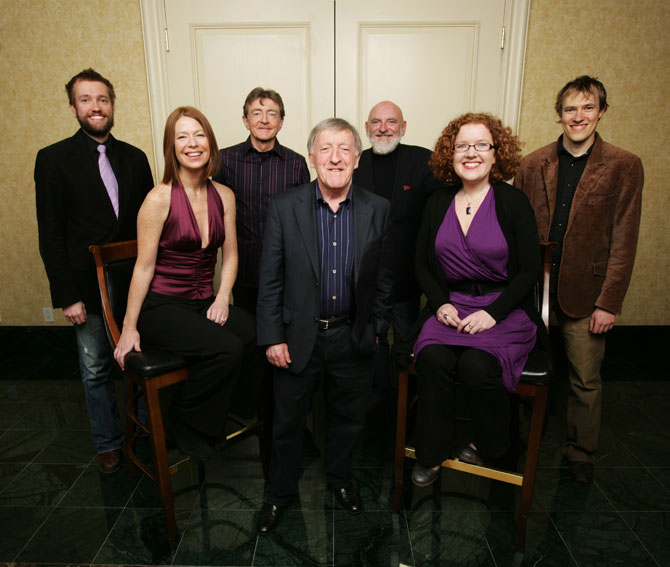 To commemorate 50 years together as the world’s preeminent Irish folk band, this week The Chieftains released a collaborative album that highlights both the international appeal and provincial specificity of traditional Irish tunes. More than any other act, The Chieftains are responsible for global familiarity with the sounds of the Emerald Isle, and on Voice of Ages the band enlists modern folk, Americana and indie-rock acts to spread the word. The impressive roster of collaborators includes The Civil Wars, Carolina Chocolate Drops, The Decemberists, Paolo Nutini, Imelda May and the newly ubiquitous Bon Iver.

â€œThere seems to be a great interest in the fact that weâ€™ve gone down this road,â€ says bandleader Paddy Moloney, who plays traditional pipes and whistles. â€œIt’s sort of like when we joined up with people of our own generationâ€”Sting, Van Morrison, The Rolling Stonesâ€”who have been on our albums in the past. But this time, it’s newer groups. We met up, and we had a great time.â€

Produced by T Bone Burnett, Voice of Ages reunites Moloney and Matt Molloy (flute), Kevin Conneff (bodhrÃ¡n) and SeÃ¡n Keane (fiddle) with original Chieftains SeÃ¡n Potts and Michael Tubridy. Of the band’s longevity and desire to maintain old and build new traditions, â€œIt just keeps on going,â€ says Moloney. â€œIâ€™m already looking ahead at 2013. Now that I have the recording bug again, Iâ€™m mad for it. Retirement is something I should be thinking of, but I think itâ€™s going to be a ‘boots on’ job with me: Iâ€™ll go out with my boots on.â€