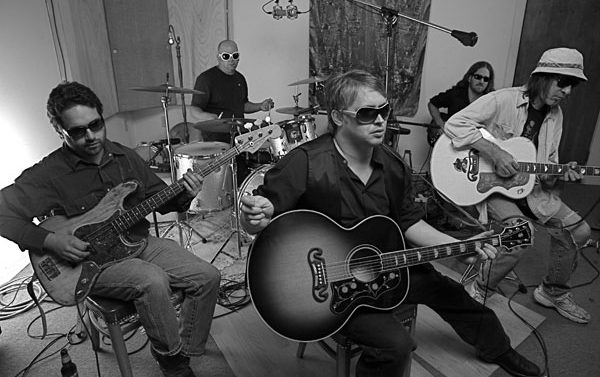 Beatles or Stones? Why pick? Bobby Keys has played with members of both. But the sax man is perhaps best known as a permanent fixture on the Stones’ recordings from ’69–’74 (for example, that sleazy solo on “Brown Sugar”—that’s him). And the man himself, the guy who helped Keith Richards throw a TV set out of a hotel window (as seen in Cocksucker Blues), the man who accompanied John Lennon on his Lost Weekend in Los Angeles (along with Ringo, Harry Nilsson and Keith Moon), will be in town to help Bloodkin celebrate its 25th anniversary.

Blookin frontman Daniel Hutchens says the group had been kicking around ideas for their big return to the Georgia Theatre, but the fact that they were able to nab Keys was total “happenstance.” Bloodkin’s manager had met Keys in the past and suggested the idea of bringing him onboard. Coincidentally, Bloodkin, still riding high on a wave of critical acclaim that met its 2009 release, Baby They Told Us We Would Rise Again, was talking with Terminus Records about putting out a five-CD anthology boxset (due out next year). It just so happened that a couple of guys at Terminus were pals with Keys. A phone call was made, Keys said “sure,” and that’s all there was to it.

Save for a few strategic phone calls, Hutchens says he’s never met Keys, and they plan on rehearsing just once, the night before the show. But these are songs embedded in Hutchens’ DNA, and the sax parts Keys will play are his own.

“This is classic Bobby Keys-era Rolling Stones: Exile on Main Street, Sticky Fingers,” says Hutchens of the set-list. “Plus, that’s just our favorite stuff in the world.”

As if that lineup weren’t special enough, Bloodkin has asked a few local friends to hop on the bill as well. Expect appearances by Thayer Sarrano, Dodd Ferrelle, Betsy Franck, Jason Fuller and many more. V.I.P. tickets, which include a pre-show meet-and-greet with Bloodkin and Keys, are already sold out, but general admission tickets are available for $12.