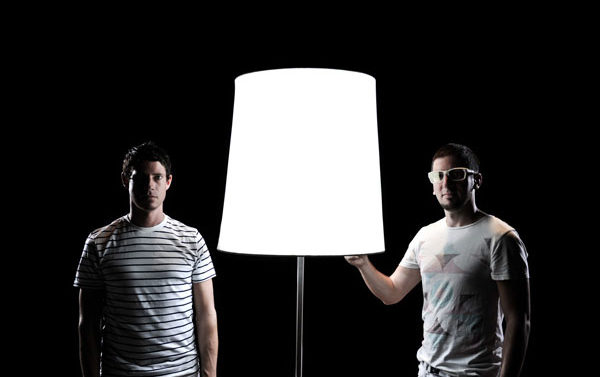 Dominic Lalli is a producer/saxophonist. It’s not a combination one encounters often, but if the meteoric rise of electronica duo Big Gigantic is any indication, it is one whose time has come. Formed by Lalli and drummer Jeremy Salken, Big Gigantic has seen the last three years go by at supersonic speeds, and soundtracked those years with funky, excessively danceable beats, spaced-out production and one smooth, smooth sax. With a new album, A Place Behind the Moon, nearly in the can and an upcoming tour that ends with a five-night stand on the Mayan Riviera in 2012, Lalli is rarin’ to go.

“We’re out in Colorado, in the studio, finishing up this record. Athens is like a second home for us. We’ve played New Earth a couple of times, but we’re really excited to come back and play the Georgia Theatre. It’s gonna be awesome,” he says.

Despite their burgeoning popularity, there is little out there in the way of biographical information about Big Gigantic, so Lalli happily fills in the gaps, explaining, “My musical background is… first I learned sax-got a music degree. As a saxophone player I started touring with bands, and then I started getting into electronic music and making beats and stuff. Around three years ago, I started this project, and it’s kinda been a whirlwind ever since. To go in three years from our first gig to, like, playin’ with Bassnectar and Pretty Lights… it’s been quite a ride.”

As for the future, the pair shows no signs of slowing down. Lalli is like a kid on Christmas Eve when he describes his band’s plans for the next two months. “We have this tour,” he says, “and then we’re doing New Year’s in Chicago, and it’s already sold out. We’ve actually just moved it to a bigger room. For New Year’s we’re breakin’ out our whole new production rig that we’ve been working on. I’m really excited about it.”

So, what’s next? Enormous? Humongous? Gargantuan? With this kind of momentum, nothing’s out of the question, but one thing is for sure with this talented young duo: the name says it all.