Ott Puts the The I in Team 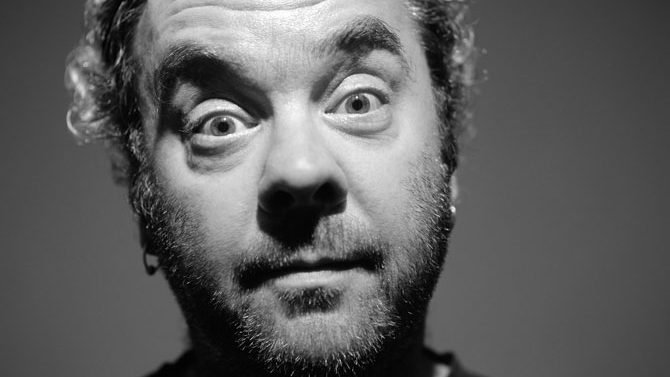 When I first started writing about Ott a couple of years ago, I often referred to him as â€œthe best electronic producer you’ve never heard of.â€ These days, I’m glad to say, I can no longer make that assumption. Ott is on the rise.

Hot on the heels of his brilliantly crafted third record, Mir (this critic’s number-one album of 2011), and touring with a live band for the first time, this dub/ambient/world/house music chameleon seems to always find new ways to attack his compositions, explore his intricate, multifaceted sound and deliver his unique vision to a rapidly expanding audience.

Speaking in a charming British accent, and with a keen British wit to match, Ott, who hasn’t played Athens since 2009, spoke to Flagpole about his new band, his new album and all else that’s new since his last visit.

â€œI’ve known ’em for years,â€ Ott says of the members of his recently formed group, The All Seeing I. â€œChris [Barker] and I were in a band together in the late ’80s, and then we sorta lost contact around 1990 or soâ€”until last year. I’d been thinking about putting a band together for my stuff for a while, and I started working out how I was gonna do it. Y’know, do I have auditions? Do I find people in the States? Do I find people in Britain?

“So, I was thinking it over, and then we all went out for dinner one night, in the town we used to live in. And as we were sitting there chatting, it occurred to me, ‘How stupid would it be to not use these guys?’ So, I suggested it, and we got together the next Friday night, and it worked.”

Having listened to Mir upwards of 30 times over the last year, I’ve come to appreciate its tonal shifts and almost elliptical structure, and have often wondered if it might suggest some kind of narrative, but Ott is quick to shoot down the notion.

He lets out a long, vaguely sympathetic â€œMmmmm,â€ before saying, â€œReally, no. I never really try to tell a story. I just try to make people’s neurons go ‘boom.’ It’s an endorphin-release agent. That’s all it’s supposed to do. There’s no kind of literary narrative. But, I mean, feel free to read a narrative into it. You can project whatever you like onto it. That’s kind of the point of it. If I ever start trying to tell stories,â€ he adds, â€œthen have me shot [laughs].â€

So, what does Ott listen to when he’s not crafting his own tunes? In typically dry fashion, he explains.

â€œSilence, mainly. If I’m in the middle of a tour, or if I’m recording, then I tend to listen to silence when I can. I’ve been listening to the sound of a generator, and the road noise, and the bus. And flatulence. Not really looking for music. I’m not really keen on music to be honest. Other people’s music is generally shit.â€

As Ott looks forward to â€œa bit of a sit down and a cup of tea,â€ between the end of the current tour and getting The All Seeing I into the studio for a proper album, his next chapter seems to only be beginning. With his forward-thinking, genre-splicing, big-tent approachâ€”not to mention his compulsively danceable rhythmsâ€”Ott may very well inspire a new wave of producers who marry the best of all worlds and, in the process, usher another generation of fans into the electronic music fold.