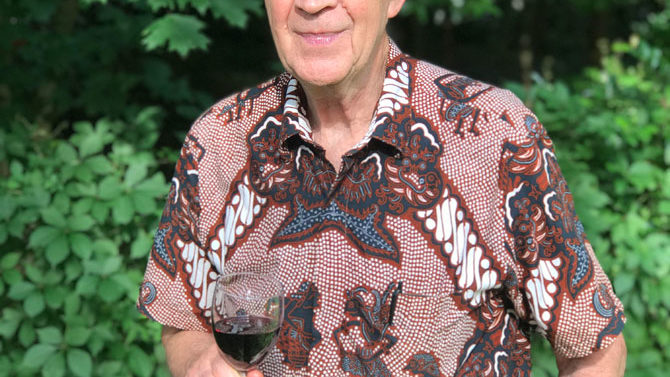 In Athens, Tim Dondero is perhaps best known as the executive chef of Donderos’ Kitchen, the popular café specializing in breakfast and international dishes he co-owns with his daughter and son-in-law. But before becoming a professional cook and restaurateur, Dondero spent decades working at the Centers for Disease Control and Prevention as an epidemiologist and pathologist. Such work took him to several countries in Francophone Africa, Malaysia, Thailand, Tennessee and Atlanta, where he worked, at various points, to limit the spread of filariasis, malaria, Legionnaires’ disease, cholera and AIDS. That is all to say: Dondero has seen an epidemic or two. He recently spoke with Flagpole about running a small business in the coronavirus era.

Flagpole: How has business changed since the outbreak? Have you seen significant drops in your customers?

Tim Dondero: Definitely. All the places I’ve talked to have. And the indirect, wholesale food suppliers—Performance Food Group’s business has dropped off 70% or more, and they provide mostly to restaurants. I mean, there are some restaurants that are doing really active business: the pizza places, the places that have always done delivery and carry out. But the fancier restaurants—Five & Ten, Heirloom—some of them were trying takeout, but that’s not their thing.

We’ve always done takeout. Our volume is down, we’re selling a lot of frozen things, prepared meals, specialty dishes, things like that, but we were doing that before.That has definitely picked up and become a bigger proportion of our business. But what I hear is that a lot of businesses are doing very little or no business, or business below the level that they can sustain. I’m pretty much expecting that there will be some restaurants that go out of business. They still have their expenses, they still have their rent—although a smart landlord can give a grace period—but utilities, they’re pretty demanding, and many of these places, especially more recently established ones, have a lot of billing loans they’re still paying.

Anyway, I’m paying attention to the news pretty closely. This is the kind of stuff I’ve dealt with for a long time—not this particular virus, but I’m very interested in it.

FP: Could you talk a little bit about that experience? You worked for the CDC for over 40 years, working on malaria, the HIV epidemic and—

TD: Well, before I came to CDC, I had three years in the Army, where I was doing malaria drug resistance work. Then I did tropical parasite research in Malaysia for seven and a half years. Then, when I came back to the States, I started at the CDC as one of the EIS [Epidemic Intelligence Service] officers, and I was assigned to Tennessee, and the new disease at the time was Legionnaires’ disease. It did not come from an animal. Our animal things were rabies and stuff like that. But there are plenty of organisms that come from animals and are transmitted to humans. Usually they don’t pass from person to person, although the big one, AIDS, which I worked on starting in 1985, did start as an animal virus, HIV. It was basically an animal virus, with occasional introduction to human populations, but it managed to take off. Zoonosis, that’s what these animal to human viruses are called.

FP: But you’ve only seen this epidemic from a distance; you’re no longer involved with the CDC.

TD: Right, I have no particular access to the CDC. I could, like anybody if they wanted to, get the MMWR, the Morbidity and Mortality Weekly Report, which lists reported cases and outbreaks and things like that. I have not done that. I listen more to the news sources.

FP: How does COVID-19 compare to the epidemics you worked on?

TD: It reminds me, transmission-wise, of influenza, which I dealt with somewhat as an EIS officer. We had one particularly heavy season, one of the two years I was in Tennessee, so I dealt with it in schools. Influenza is also a respiratory virus, but this one [COVID-19] is considerably more lethal. The one I dealt with that was more lethal than coronavirus was Legionnaires’ disease. And that particularly affected people who had underlying conditions, and a lot of them were exposed in hospital environments. So you’ve got people with chronic lung disease, organ transplants, people on chemotherapy—people very much with weakened immune systems—and they died. You didn’t see it particularly in healthy or younger people. So that’s a little bit of a parallel. But I dealt with a lot of outbreaks in nursing homes, and coronavirus really came to our attention in the States at a nursing home in Seattle.

FP: Did you ever work on a transnational epidemic like this?

TD: Oh yeah. Well, I worked on cholera when I was in Africa, and that was worldwide. It tended to flourish in places that had poor sanitation. I mean, our sewage system in the U.S. is pretty good, so cholera doesn’t really get a foothold. But I saw it in Africa, in villages that had no sanitation, and it’s a killer—it’s fast. And that’s usually in multiple countries. So I’ve seen pandemics.

FP: Did you ever expect to see something spread in the U.S. to the extent that COVID-19 has?

TD: No—other than the flu, and AIDS too. AIDS has been spread a lot over the past five to 10 years with the opiate crisis, including a big outbreak in Indiana [from 2011–2015], where Mike Pence was the governor at the time. And now he’s vice president and is heading the government’s coronavirus task force…

FP: [Groans] Well, what are your thoughts on how the town and university have responded to the epidemic?

The move here by the mayor [Kelly Girtz] and town to close food establishments to sit-down customers, asking people to stay at home, that was more dramatic than most parts of Georgia; it was earlier. Atlanta has just done it—I think it went into effect this evening. [Mayor Keisha Lance Bottoms announced on Monday, Mar. 23, a 14-day stay at home order for the city of Atlanta.] So, here was way ahead. At first I thought, well gee, that’s really jumping it. But now I’m very positively impressed. And I begin to wonder if we may be spared if discipline is maintained here for a while. So I think the response has been good. I think Athens was ahead of the game, and I approve completely. I mean, it affects me. My kids have grounded me [laughs]. I’m not allowed to go to Kroger anymore. And I certainly can’t go for my weekly shopping trip to Atlanta, to the farmers market, Indian stores, Chinese stores, stuff like that.

TD: [Laughs] Well, I’m able to cook in the restaurant. We’ve got plenty of space here, so we keep our distance, we wash our hands a lot. And I’m tending my garden.

FP: What advice would you give to small business owners in Athens?

TD: That’s interesting… To the business owners, I don’t have much advice. I do wish them well. Some of them happen to have business models [that] weren’t affected by this or were even enhanced by this—I imagine pizza places are just cranking it out, and apparently the Daily Cooperative has got a lot of business. But then there’s others that are just—they’re out of luck. You know, they’re dependent on having big volumes of people sitting down to eat, and particularly buying drinks—that’s really where the profit is in a lot of higher end places.

FP: And what advice would you give to residents?

TD: My wife and I drove around downtown… and it is very quiet down there. There were a few takeout places that were open, we saw a couple little clusters of people, but otherwise it’s quiet. You know, people are out walking their dogs, bicycling around a little bit, but they’re not gathering in groups. And, to my knowledge, families aren’t getting together, they’re saying hi. So I think people are following the orders from the mayor. My sense is that people agree with it. It’s a caution people can take, and it’s concrete.