SPLOST Proposals Include Two New Parks on the Westside 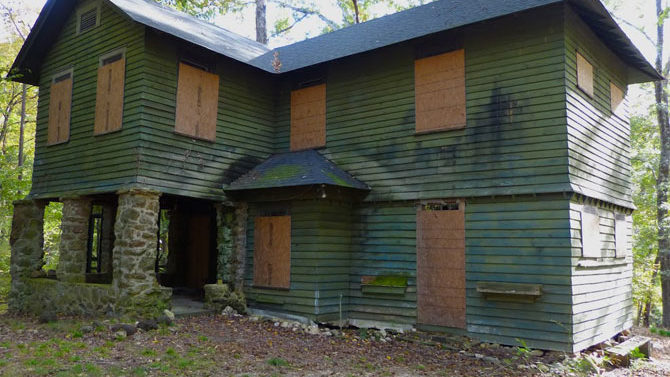 Among the 88 proposals vying for a piece of the SPLOST 2020 pie—including sidewalks, athletic fields, police cars and a glass observation tower—two projects in particular could change the face of the county’s parks on the west side of Athens.

One is a $13.6 million proposal for infrastructure and improvements at Beech Haven, a 149-acre site north of Atlanta Highway along the Middle Oconee River. The other is a $21 million proposal to create a park with accessible playground and recreation fields on the western side of the county in a space yet to be determined. (The proposal was originally $44.2 million but was revised after Flagpole’s print deadline to omit a planned community center.)

But bottom line, said Westside resident Carla Braswell, there is a demand for park space on the western side of the county.

“There’s no access for children and families on the Westside,” said Braswell, a member of the Athens West Business Association, which proposed the Athens West Park. After the success of last year’s West Fest, she and other organizers realized they had the demand, but not the space. “We want to do something big, but this is shedding a light on that obvious need,” she said.

Proposed by the Athens-Clarke Heritage Foundation, which holds a lease on the historic house that sits on the property, the project would connect several areas of town, as well as the overall parks network. In a recent presentation hosted by the ACHF, Executive Director Tommy Valentine and President-elect Kevin Bates pointed out one of the major pluses to the project: The county already owns the land.

Originally purchased for watershed protection, the property provides a connection in two directions: via a bridge across the river to a larger plan for a greenway stretching all the way to Ben Burton Park, as well as to Oglethorpe Avenue, offering unique bike and pedestrian access.

“This is a different kind of park with very different kinds of amenities,” said Valentine. “When you walk through, the topography is very dynamic.”

Beech Haven first came into the public eye in 2014, when the county purchased the last piece of its land puzzle from the Rowland family, which had used it as a retreat for decades. What made it so significant was the historic house, one of the best examples of Arts and Crafts architecture in the area, and the surrounding gardens, bridges and stone sculptures. Family patriarch Charles Rowland was a fundraiser for the Presbyterian church who traveled to Asia as part of his work. What he saw there heavily influenced the hand-built gardens and bridges that surround the home.

The house has since been stabilized through ACHF’s efforts, and it’s ready for its next steps. This could be an education center, a community gathering spot, an event rental space or something else—that’s all part of the SPLOST plan, said Bates. Along with more practical things, like parking lots, restroom facilities, paved and gravel trails through the property and a bridge connecting it to a 25-acre parcel across the river, Bates said the proposal also includes a master plan to develop the best uses for the house.

“Part of the process is to establish a master plan and $700,000 to renovate the house. And part of the master plan is to find a use for the house,” said Bates. “We want to make sure there’s room for input as we move forward, and we’re not locked into any one use.”

Valentine also noted the recreational benefits, not just in the greenway connectivity Beech Haven provides, but also to the children in the surrounding neighborhoods. Quoting from a recent study on youth activities published by ACC, Valentine cited some of the needs noted by children living in the area, especially in Sycamore Drive apartments across Atlanta Highway from the site.

“When these children were asked what they do for fun, most said they would walk to the library,” said Valentine. He also noted the benefits of play therapy and exposure to nature as a way to combat stressors brought on by growing up in a low-income household. “Just think about what this would mean to the youth of the area.”

Even hosting last year’s first-ever West Fest, which took place at Georgia Square Mall with live music and exhibitor booths, was eye-opening, Braswell added. “I was looking into renting the county’s mobile stage, but because it wasn’t on county-owned property, it was unavailable to rent,” she said. “This isn’t just for the benefit of a business group; a lot of us have kids. There is this need for children, and there’s no home for their programs.”

Ricks said the park would also serve neighborhoods along Atlanta Highway and provide opportunities for families there who may lack regular transportation. The proposal includes recreation options for a variety of ages, including bocce and pickle ball courts, as well as a playground fully accessible to children with disabilities. Ricks and Braswell said that’s because they want the park to serve as many people as possible.

“There are no parks in Athens-Clarke County that are fully accessible. Leisure Services advised us that we shouldn’t have a space less than 50 acres,” said Ricks. “So, we’re looking to get the moon and the stars in this proposal. We’re trying to make it so that everyone has something in it.”The location of the park is still up in the air, although the committee has eyes on a few sites.

Commissioner Jerry NeSmith, who attended the Beech Haven presentation at the Lyndon House Arts Center, said organizations with SPLOST proposals should have a Plan B with a smaller price tag in their back pocket. His district includes both proposals—although what is considered “Athens West” by the business association includes parts of other commission districts, too—and he noted that other competing parks projects would make fully funding any project difficult.

The Athens West park proposal was heard by the SPLOST Citizens Committee Jan. 7, while the Beech Haven proposal is being presented Feb. 6. The committee will hear all presentations by the end of March and will send a list of projects to the ACC Mayor and Commission in April. A final list will be approved in August and then voted on by Athens-Clarke County residents Nov. 5.