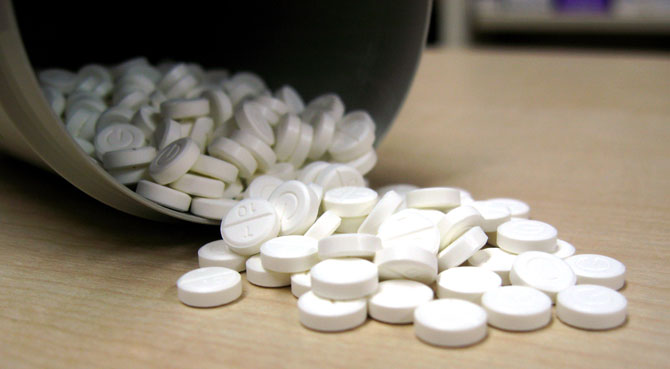 As part of a nationwide effort to combat opioid use disorder, Athens-based Advantage Behavioral Health Systems received a grant of $1.44 million to develop a treatment program for people addicted to painkillers in 10 Northeast Georgia counties.

Advantage was one of eight Georgia agencies to receive part of a larger, $11.7 million grant given by the Substance Abuse and Mental Health Services Administration to the Georgia Department of Behavioral Health and Developmental Disabilities.

Since 1990, when pharmaceutical companies persuaded the public that opioids (pain medications like fentanyl and Oxycontin) were non-addictive, health-care providers began prescribing them at increasingly higher rates, according to the National Institute on Drug Abuse.

Since 1999, overdose deaths involving opioids have more than quadrupled, according to the Department of Health and Human Services, which also says that every day in the U.S. over 650,000 opioid prescriptions are dispersed. In 2015, 33,000 Americans died from opioid overdose, according to the NIDA.

And the situation is worsening nationwide. About 1.3 million people nationally were hospitalized for medical problems related to opioids in 2014, the most recent year for which statistics are available, according to a recent Washington Post article. That number has nearly doubled since 2005, although Georgia has been hit less hard by the epidemic than many other states. Still, about 40,000 opioid-abusing Georgians were hospitalized three years ago.

Many people who become addicted to opioids begin when they’re prescribed pain killers by their doctor. When they can’t get them anymore, they have to turn to illegal substances like heroin to keep getting that same effect.

The grant will allow Advantage to expand its services and build a program that will better serve Athens residents and those in surrounding counties. “With the funds from this grant, we’ll really be able to start sending people out to them, so we can literally meet people where they are,” said Kadesha Evans, director of medical services at Advantage.

The grant will allow Advantage to hire more staff, partner with UGA to perform an assessment of community strengths and needs when it comes to opioid addiction, and send their services farther into the outlying counties.

In addition, medication-assisted treatment, intensive residential and outpatient treatment, peer-led recovery support services and community outreach and education are all part of a program designed to meet people where they are in their recovery journey and define success based on those individuals’ own goals.

Aware of the stigma of replacing one drug with another, Evans said they don’t want to simply switch from one medication to the next. Rather, they will use the appropriate medications wisely, making it as short-term as possible while paying attention to what’s best for the individual.

“Some people need the medication to get them to a space where they themselves are ready to get clean and stay sober,” Evans said. Not every person in recovery needs medication to assist them. For some, abstinence is the best way.

The community outreach and education component will be an opportunity to bring the larger Athens and northeast Georgia community together to discuss the often stigmatized subjects of opioid abuse and the use of drugs to recover from addiction. Part of that initiative will be deeper involvement in the annual Recovery Fest that takes place in Athens, which Advantage has helped with for the past four years. “Ultimately, I think that’s one of the main goals, is to get people talking about it,” said Mills.

“It feels good to be able to offer more, to have more to offer. It’s going to be very, very beneficial to a lot of people,” Evans said. She added that “staying with them the entire time [through their recovery] is going to be so huge for this program.”