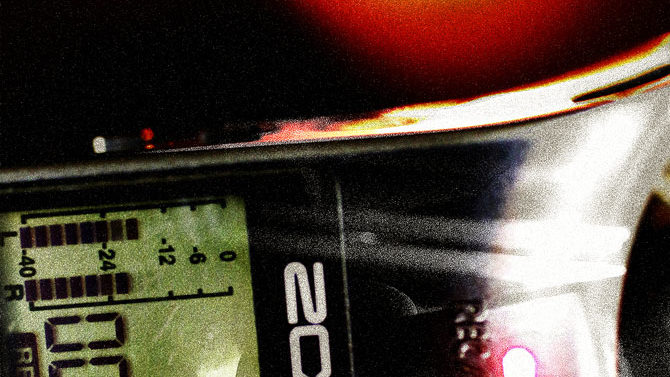 With Halloween right around the corner, nearly every television channel is stacked with reruns of iconic scary movies in preparation for the spookiest holiday of the year. Among these movies is the inevitable appearance of the iconic Ghostbusters. The movie gets to the point fast—ghosts exist, and a group of guys decide to hunt them down. Ghostbusters sparked a revival of interest in paranormal investigations. But it’s a completely fictional movie… right?

Wrong. Meet David Nickel, an amateur paranormal investigator, commonly referred to as a ghost hunter, although “paranormal” doesn’t just mean ghosts—it encompasses anything and everything beyond the scope of scientific understanding.

Nickel and his group of fellow ghost hunters have participated in numerous hunts across the South, exploring locations such as the Waverly Hills Sanitarium in Louisville, KY and Sloss Furnaces in Birmingham, AL. Although those are two verifiably haunted locations (or so claim their respective official websites), Nickel says some of the best evidence collected has been in residential homes across Georgia and South Carolina.

“You’re contacted by people that have experienced something, [are frightened] and are coming to you for answers,” he says. “Your job as a paranormal investigator is to perform a thorough investigation and present any findings to the client.”

With franchises like “Ghost Hunters” and “Ghost Adventures” saturating the media with sensational portrayals of paranormal investigators, it’s hard to pin down what real-life investigators actually do. While certain elements of the popular series are true, such as groups of people getting together with technology to attempt to prove (or disprove) the existence of an entity, ghost hunters generally are more structured than their reality-show counterparts.

There are organized groups of ghost hunters across the globe, often with many groups investigating haunted locations within the same area. The investigating style of each group is different, which can lead to tension between rivaling groups and result in ghost hunters switching from group to group. Some groups are purely science-based—they don’t use psychics, Ouija boards, tarot cards, etc.—and seek to disprove rather than prove ghostly activity. Others use psychics and other “grey-area interpretation” techniques to channel the paranormal. Some groups are loosely organized and often do not have a clear strategy when approaching a hunt.

Although there can be tension between groups, there is also a vast network of communication and information-sharing between ghost hunters. “Through networking, you usually find groups that investigate the way you do,” Nickel says. “That could be going on investigations together, sharing evidence for feedback, [sharing] investigating techniques or learning about new technology.”

Speaking of technology—boy, is there a lot. While audio recorders and cameras are elementary hunting equipment, more specific pieces are necessary for a professional investigation. A more inclusive list of ghost-hunting gear includes digital audio recorders, cameras (digital, full spectrum, night vision and infrared), EMF readers (single axis and trifield meters) and camcorders (full spectrum and infrared). “Most people start with the basic and upgrade over time,” Nickel says. Ghost hunting “takes a lot of your time, and can take a good bit of your money,” he says.

“There are groups that will tell an individual whatever they are looking to hear, even if that means fabricating evidence,” Nickel says. However, “this does not last long… the word eventually gets out.”

Nickel himself doesn’t believe in ghosts, yet remains as objective as possible when investigating and presenting information to clients. “I’ve never had a ghost grab me and say ‘I’m a ghost!’ but I have had a lot of experiences I couldn’t explain,” he says. “At the very least, we leave some type of energy footprint once we pass.”

Sound enticing? According to Nickel, there are no requirements to become an officially recognized paranormal investigator besides just getting out there. “You’re always learning, either it’s science-related or technology-related,” he says. “All you need is an audio recorder, camera and patience.”