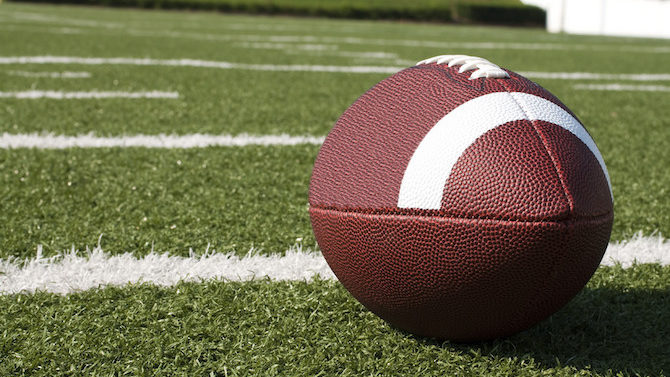 Football season is upon us, and while the sport brings to Athens money and glory, it also brings a lot of people, a lot of alcohol and a lot of crime—including sexual assault.

A recent study by Texas A&M economics professor Jason Lindo found that, among the 128 schools in Division 1-A, football game days are associated with 253–770 more rapes per year than other days, according to the Washington Post. The study looked at FBI data collected over 22 years, analyzing sexual assault reports on game days versus non-game days at schools in Division I-A (known since 2006 as the Football Bowl Subdivision). While the “red zone” between the start of school and Thanksgiving break is typically a time of increased sexual assaults, the study controlled for that across different weekdays and times of year.

Women from 17–24 years old reported sexual assaults at a rate 41 percent higher than normal on home game days and 15 percent higher during away games, the study pointed out. It also said that the offenders are largely 17–24 in age and are typically unknown to their victim. That’s the opposite of most sexual assaults, which are committed by acquaintances of the victim.

Another surprising fact: During games where an underdog team beats a higher-ranking school, reports of sexual assault surge by 57 percent.

Crime across the board is also up on these days of citywide partying and school rivalries, according to the study. Arrests on game days rise 54 percent for disorderly conduct, 20 percent for DUIs and 87 percent for public intoxication.

“In the past we have seen an increase in the community needing our services during home football games,” says Sally Sheppard, executive director of The Cottage.

The problem isn’t necessarily football. Sheppard says that “generalized, I think it’s because there’s an increase in the number of people in town, also an increase in the risk factors, which are alcohol and people gathering together… If people were as enthusiastic about going to soccer games or basketball games, it would be soccer or basketball.”

The UGA Division of Marketing and Communications did not respond to requests for comment from Police Chief Jimmy Williamson. But Liz Prince, associate director of health promotion at UGA’s Fontaine Center, which promotes responsible decision-making regarding drugs and alcohol, says football game days are the perfect environment for sexual offenders. “The folks who carry out these acts, they’re looking for this kind of environment,” she says. “It’s often used as a way to isolate a person.”

Athens is a city with a downtown where you can’t turn around without seeing a bar, where $2 shots are proffered from a chalkboard on nearly every block and you can walk anywhere on campus on a game day and stumble onto a party flowing with booze. The “risk factors,” as Sheppard calls them, multiply when the Bulldogs don their helmets in Sanford Stadium. What is an exciting, ritualistic, school spirit-filled weekend for fans is a predator’s heyday, and can become a terrifying experience for some.

Sexual assaults are such an under-reported crime that Prince says she thinks the numbers could be much higher than they appear.

While the risk is hard, even impossible, to eliminate and perpetrators are rarely brought to justice, education is the best combatant. For example, last month the UGA Health Center and Relationship and Sexual Violence Prevention Center sponsored “Walk a Mile in Her Shoes,” an event at which male students literally walked a mile through campus in women’s shoes to raise awareness of sexual assault.

“We’ve heard from faculty, staff and students that they are taking more action now,” Prince says, and she believes awareness is growing “because of work that not just we’ve done, but the Equal Opportunity Office, the police, the community, the Cottage.”