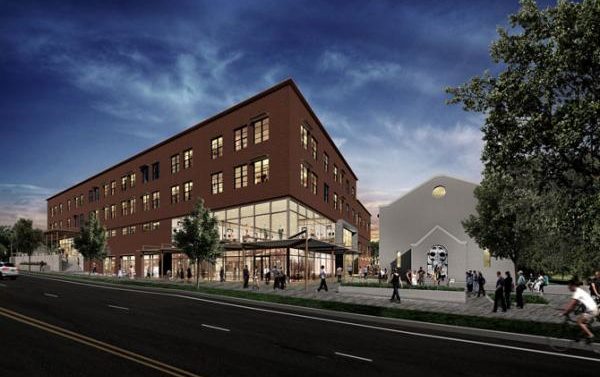 It’s not completely set in stone yet, but the Daily Groceries Co-op has signed a tentative deal to move into a much larger retail space in the new 100 Prince development slated for the St. Joseph Catholic Church property.

Daily announced to its owner-members today that it’s signed a nonbinding letter of intent with developer Homes Urban of Greenville, SC to move into a 14,000 square-foot retail space in 2018.

“This is the first step of a really, really long process for the co-op,” Delene Porter, chairwoman of Daily’s board of directors, told Flagpole.

To build out the space, the co-op will need to raise about $3.9 million, according to the email to owner-members. Owner-members have already committed $900,000, and Porter said the nonprofit plans to raise $1.5 million from a combination of loans and selling new shares.

Porter compared the size of the space to Earthfare. About 10,000 square feet will be retail, with 4,000 square feet made up of offices, storage space and a kitchen. It’s about 10 times larger than the co-op’s current location at the corner of Prince Avenue and Pope Street, allowing the co-op to offer not only more products but amenities like a hot bar.

The co-op currently employs 20 people, and sales topped $1.3 million in 2015. “Daily is bursting at the seams,” Porter said.

Daily’s 1,125 owner-members are invited to attend a board meeting at 7:30 p.m. Sept. 19 in the Prince Avenue firehall to discuss the upcoming capital campaign.

Of course, the move is contingent on the Athens-Clarke County Commission approving the 100 Prince development tonight, but that appears to be very likely.

Dealing With Roommates and Their Cats During the Dog Days