Daniel Holloway Looks to Make History at the Twilight Criterium 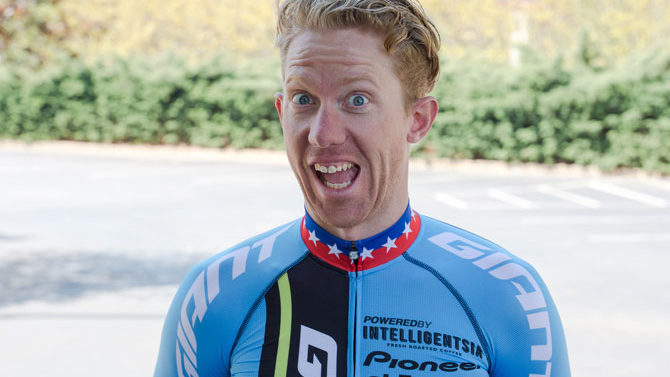 Daniel Holloway has gotten pretty comfortable on the Twilight Criterium podium. If he steps up this year, it will be his third year in a row, a feat not accomplished by a male rider in the history of the race. But he doesn’t know how he’ll be feeling after a long week of racing.

In the past, the Athens race has kicked off USA Crits Speed Week, but this year, Twilight is at the tail end. Riders will have started the week in the Charlotte (NC) Criterium, competed throughout the week and raced just the night before Twilight in Spartanburg, SC. “Instead of everybody coming in fresh, it will be a different dynamic. Guys will come in a bit tired,” says Holloway. Still, some teams might swap out riders between races and get fresh cyclists on the road.

The race will also follow the same course used last year, when construction forced organizers away from the traditional loop to one that ends on an uphill slope. The finish is more difficult, Holloway concedes, but suits some riders more than others. From his perspective, the tight bottom corners work. “It’s not a dangerous course, but it may seem that way to people watching. There is just so much electricity, you can feel it. So, it may seem like there are more crashes,” he says.

Holloway, 29, started out as a speed skater and only started cycling to train for skating during the offseason. Still, he won his first national championship in cycling when he was just 17 and got his first criterium national title when he was 20.

Based out of Boulder, CO, Holloway racked up dozens of first-place finishes in 2014 and 2015 with Athlete Octane Cycling and Altovelo-SeaSucker, but is off to a slower start this year with a reorganized Giant Racing/Intelligentsia team. He took first in the Sunshine GP in Pinellas Park earlier this year, and there’s a lot of racing left in the season, he says.

For this weekend, he’s just focused on the race ahead and whether it will mean the third Twilight win. “To win Athens is on everyone’s bucket list,” he says. “Everyone loves Twilight. Everyone turns it up to another level for that race. You just have to love the energy.”