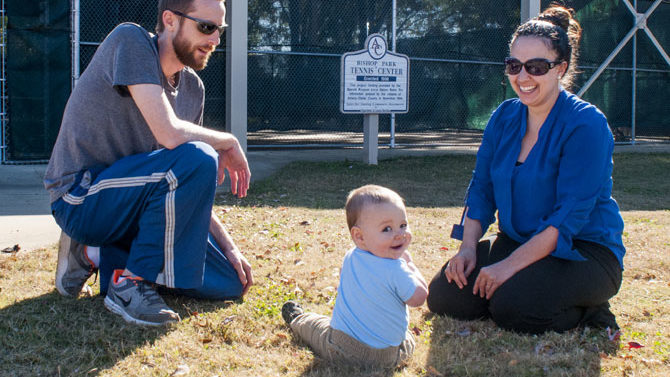 A series of sparsely attended public meetings last month will help Athens-Clarke County’s Leisure Services Department determine who pays how much for what programs—everything from concessions to dance classes to tennis lessons.

Leisure Services receives $7.4 million from ACC taxpayers, but that is not enough to cover the department’s costs, and ACC, like local governments all over the country, is asking users to pay a larger share. When the master-planning process wraps up in a few months, the result could be a change in the fee schedule for the services the department provides, or no change at all. But in the end, Leisure Services administrator Kent Kilpatrick says, the department will have an understanding of how services weigh against the “value” the community places on them and will price these services accordingly.

This is all part of a plan by Leisure Services to create a philosophy behind how much residents pay for its services. Led by the Colorado-based recreation consultant GreenPlay, Leisure Services staff started by grouping current programming into 34 categories—“recreational sports,” “advanced classes” and “facility rentals,” for example—and then asked members of the community to place each one on a scale ranging from programs that benefit only an individual to those that benefit the entire community. The result, Kilpatrick said, is to give Leisure Services staff a sense of which programs have a wide appeal and which ones affect a smaller number of residents.

“Down the road, we say, ‘OK, we see where our budget is allocated compared to community value. We are capturing an appropriate value of our resources,” he said in an interview with Flagpole following the community meetings. He also stressed that the process of ranking based on “individual” or “community” benefit didn’t prioritize one over another. “By no means is the process meant to pass judgment. We’re not trying to label importance on this… It all depends on that individual service that’s being provided.”

Chris Dropinski, senior principal with GreenPlay who led the community meetings, said the process follows a framework that helps the organization sort out what it does while also reflecting the needs of the community.

“We have a framework set up that works regardless of the kind of entity you are, and the size of the community,” she said. “We bring a tried-and-true process, but it has the opening in it [to ask], ‘How does this become relevant for this community?’ It has to do with economic levels—who the makeup of the community is, how it’s funded and financed.”

Dropinski said ACC Leisure Services was specifically interested in creating a way to organize fees and program costs, which is why the meetings focused on Leisure Services as a business, not a public entity. “It’s more than just changing something here or there; it’s about how they get the business of parks and recreation accomplished.”

One concern some participants had during the community forums was how the process would affect access to popular programs. For example, while classes for beginners typically ranked as more of a “community” benefit, classes for advanced levels tended to benefit on the “individual” level. Others expressed dismay that there was no opportunity to discuss problems they have with current pricing or changes to programming.

LaTrina Slater, founder of the nonprofit Slater Foundation for Youth, said she was disappointed when she attended a meeting at Memorial Park. She arrived with ideas for ways to improve, including suggestions for facility rental changes, but found there was never an opportunity to share her ideas.

“I thought that we would have the ability to talk, but it was very controlled,” she said. “This activity didn’t allow for any conversation.”

Through her nonprofit, Slater said she has rented rooms in Leisure Services facilities for retreats. But the rental rates make it cost-prohibitive, she said. A three- to four-hour block of time to rent a room would cost her around $300, while a similar rental in Barrow County is $50. She also was turned off by the requirement to clean the space after using it, including scrubbing the bathrooms. “I’ve rented space at UGA, and rental fees take care of that kind of cleanup,” she said. “Clarke County is where I started my nonprofit, but this [cost] has become one of the barriers.”

There currently are no plans to assess programming in the near future, said both Kilpatrick and Dropinski. The contract with GreenPlay does not extend beyond the financial issues, Dropinski said. For now, Kilpatrick added, the department relies on its staff to get a sense of what the community needs.

“It is our job, as professionals in this field and representing the taxpayers in this community, to have our ear to the ground to what are the demands or requests that we are not fulfilling. And at any time, we should be adjusting to those needs or desires,” Kilpatrick said. “That should be happening as an ongoing part of the process… what this exercise tells us is that we may be doing some things that aren’t as valued.”

Kilpatrick reiterated that the community forums, and the information they provided, would not automatically trigger an increase in fees. “When you and I look at our tax dollars, would we rather see those clean and maintain parks, or would we rather see them help Jane Doe become a better gymnast and get better instruction?” asked Kilpatrick. “I would rather see mine go to clean and open parks; fewer tax dollars should be going toward that high-level competitive gymnast than opening and maintaining parks. If you follow that logic, it would make sense that fewer tax dollars should be going toward the gymnast; that person’s parents would shoulder a bigger burden of that cost.”

That could prove to be a burden on lower-income parents, although Leisure Services does have a scholarship program that waives fees for families that meet income criteria.

Kilpatrick said they aim to get a report together by March and report their findings to the Mayor and Commission in a work session.