While strolling through the halls of the Lamar Dodd School of Art on the evening of Friday, Nov. 14 during the well-attended opening reception for the “BFA Exit 1” show, it occurred to me that the perfect date for this type of event really would be my therapist.

Adelina Simeonova by her work in the BFA Exit 1 Show.

“Hey, Joe… is it just my overactive imagination or are there really references to bulimia and something… well, darker, in those canvases by Nancy Holmes?” No doubt, he would give me a reassuring answer tucked inside of some clinical jargon to explain the reasoning behind the tied-up body parts in her work. They do provide a nice rhythmic repetition to the graceful noodles swirling across the composition. 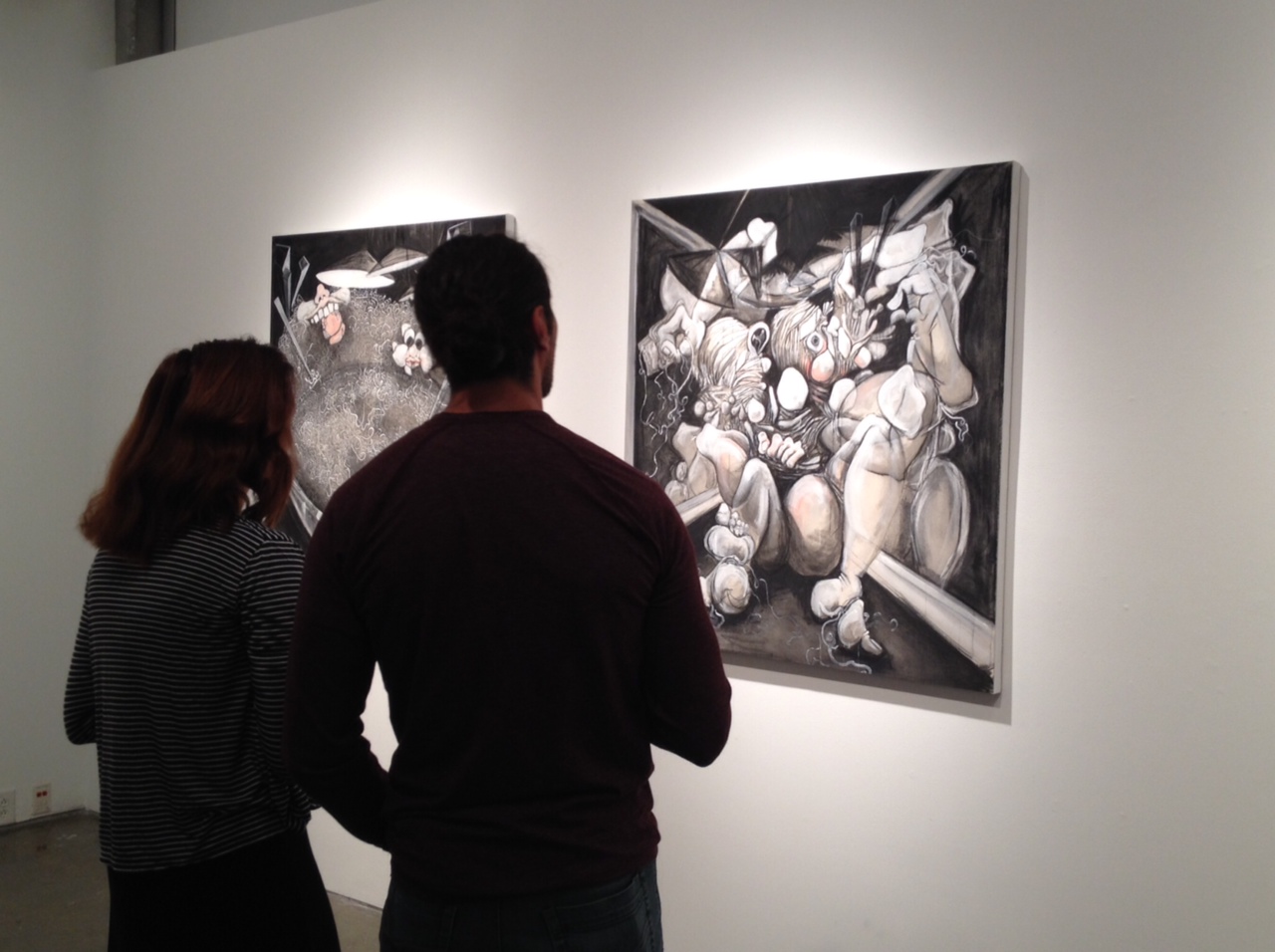 Works by Nancy Holmes on display at BFA Exit 1

He might also be helpful when it came to interpreting Paige Wayton’s fascinating “quilt,” with its sweetly embroidered biological motifs on its patches and its guts spilling out at the bottom, rendered in lovely red and coral satin. 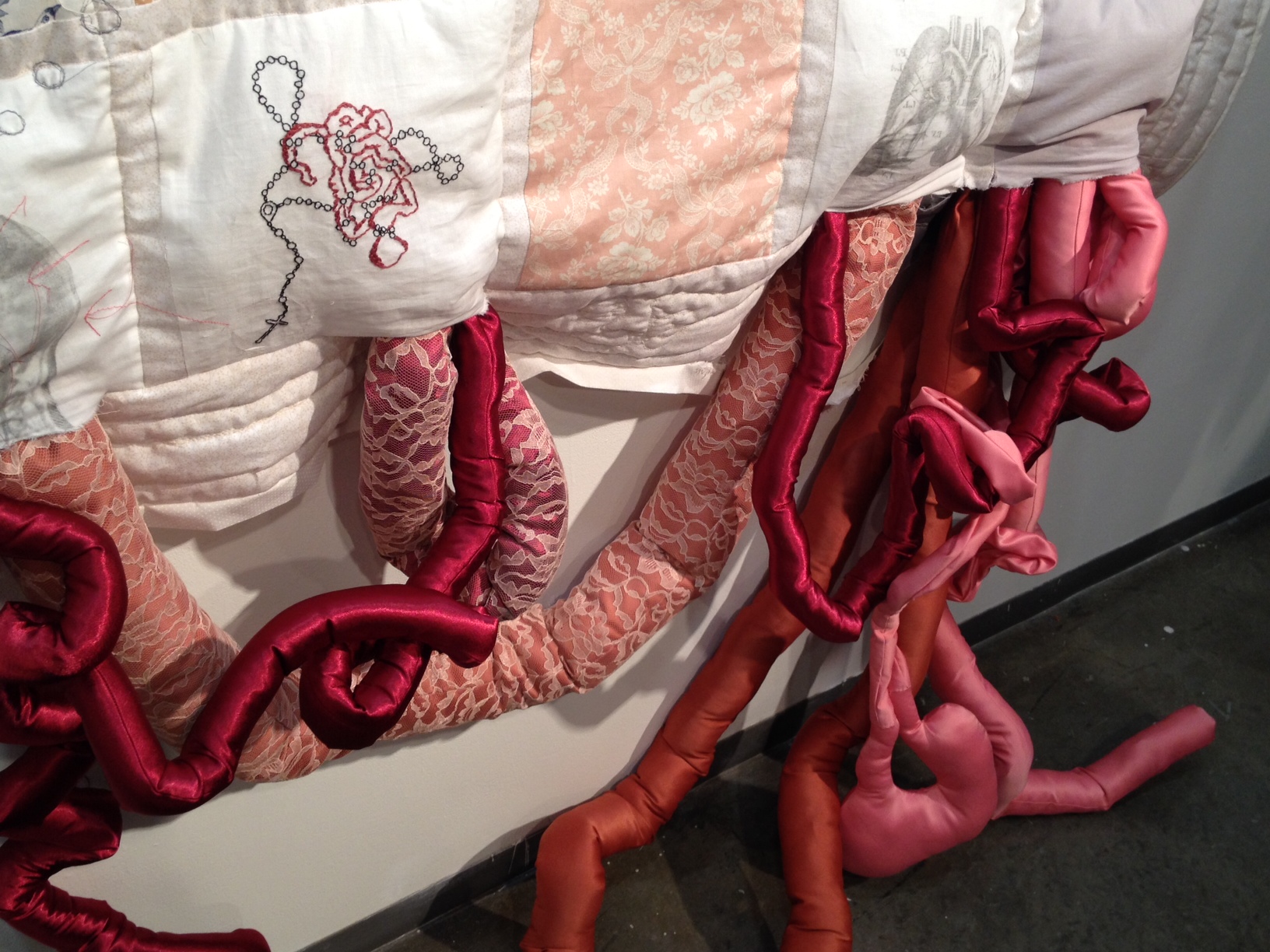 And I am certain he would enjoy the work of BFA exit candidate Nikita Raper. Her works would be especially fun to talk about, with their classic nightmare themes and even a scary bogeyman/reaper-like figure lurking behind an almost-closed door. 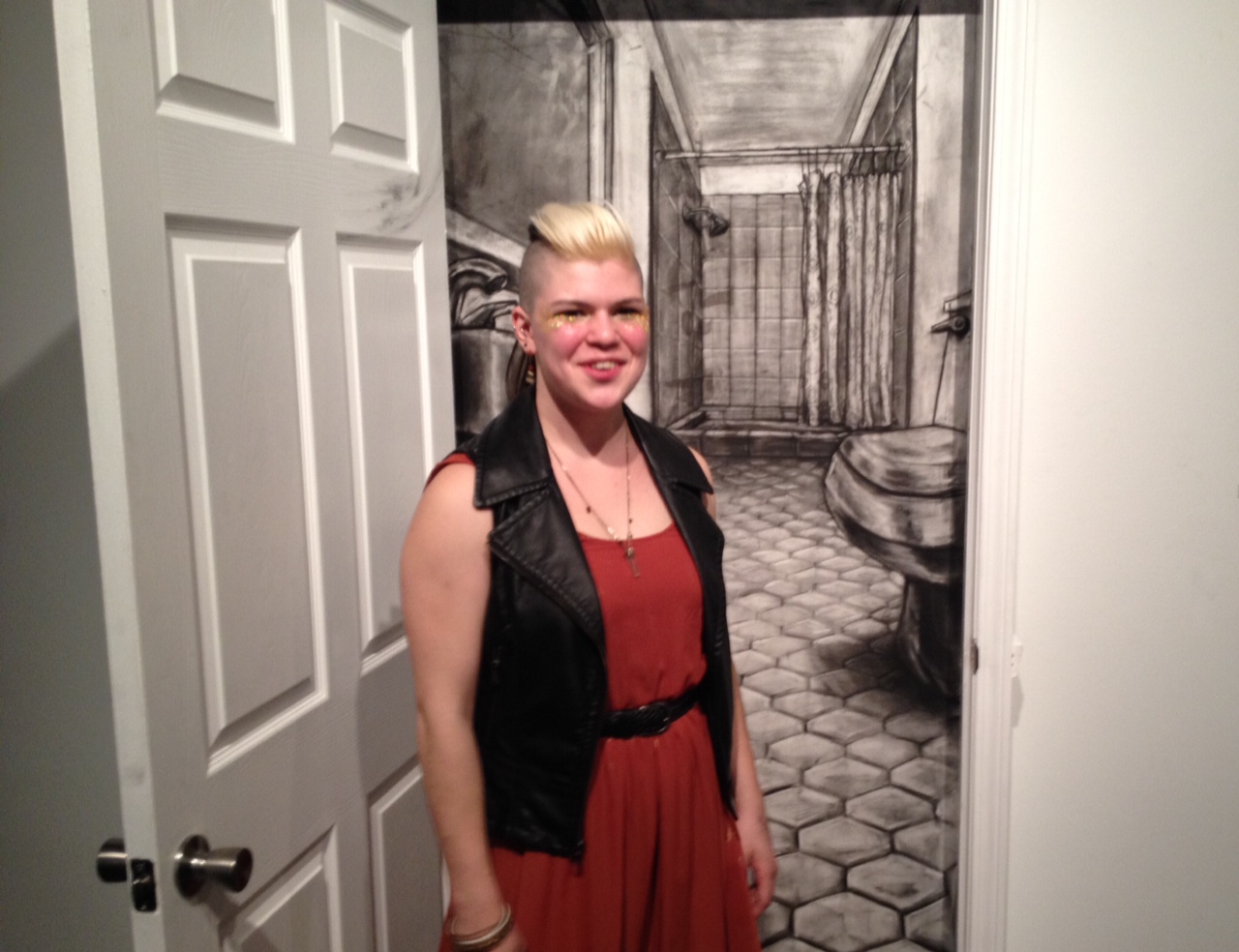 About her highly textural drawings, some of which list “night terrors” or “the sweet dreams of children” in addition to charcoal as media, Raper says, “I want people to feel like they have been in the rooms.” On that note, I’m definitely bringing Joe to “BFA Exit 2.”