The Best Places in Athens to Run and Bike 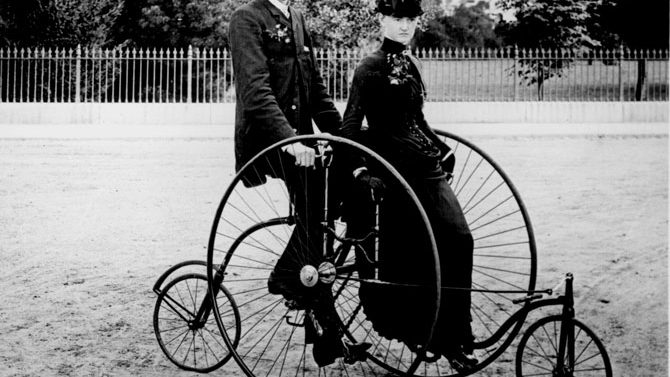 Athens is a great town for outdoor fitness, especially if you don’t mind a few—OK, a superabundant amount of—hills. To make things somewhat easier for you, Flagpole interviewed runners and cyclists to take the guesswork out of which routes will give you the most (or least, we’re not judging) burn with a few suggested places to start.

Using the sidewalks around the downtown area is a great way to get your workout and, depending how you chose your route, can be the perfect blend of hilly and flat. The best time to run is probably earlier in the morning, when there’s less foot traffic, but having run these courses both during the wee hours of the morning and around dinnertime, both are equally doable. (I wouldn’t suggest to try running too late at night because of the overcrowded bar scene or on a game day weekend.) Note: If you want to increase the intensity, run them in reverse; the inclines are steeper that way.

Hard (3.5 miles): Same starting point as the medium course, but instead of turning south on Newton Street, you’re going to run all the way to Dunkin’ Donuts (don’t stop and eat a donut), then turn south on North Milledge Avenue. Once you get back to West Broad Street, turn east, then follow that through downtown to Willow Street and back around to your starting point at North Avenue.

South Milledge Avenue is another popular, relatively flat urban route, where you can check out the scenery. If it’s not intense enough, add a few laps around the pond at Memorial Park or keep going to 2.2-mile Birchmore Trail. If you prefer a more natural type of run, Athens has many more great spots both within and just outside the Loop to satisfy your need for a woodland workout. 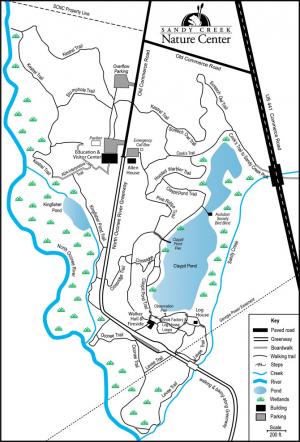 Cook’s Trail: This course goes from the Sandy Creek Nature Center to Sandy Creek Park. The entire length is four miles one way, making it an eight-mile round trip, great for long-distance running.

North Oconee River Greenway: The greenway is another great hiking/running/biking trail for nature lovers. The concrete path connects Dudley Park (right next to Mama’s Boy) to the Sandy Creek Nature Center, doubling as the Willow Street sidewalk for part of the route. The distance is 3.5 miles one way or a seven-mile round trip.

Oconee Forest Park: Located near the University of Georgia Intramural Fields, this greenspace has about 1.5 miles of trails that border the one-mile dedicated running path on East Campus Road, which ends at the Georgia Museum of Art.

State Botanical Garden: Seven interconnected trails ranging from a seventh to more than three miles and totaling more than five.

For more local run-routes, check out fitness apps like Strava or MapMyRun. These apps will show you maps of user-generated run locations in the Athens locale, and if you’re into competition, there are ways to challenge other users’ times on specific routes.

When it comes to biking, Athens has a fair amount of bike lanes and even received a bronze award for being a bicycle-friendly community from the League of American Bicyclists. Overall, Georgia places 26th in national bike-friendliness. Check out BikeAthens’ bike map, available at its website and at retailers around town. BikeAthens also regularly organizes group rides of varying lengths and difficulties.

Another group, AthensGABicycling.com, has group rides of varying skill and intensity that you can join six out of seven days of the week. Group rides are categorized by the average miles-per-hour of the ride—with “cheetah” rides being the fastest and “coyote” rides being the slowest. They even have a beginner ride for those just starting out.

As far as trails go, most of the routes mentioned for running are suitable for biking, although you may want to combine a few for added distance. If you’re looking for off-road riding, you want to check out the Southern Off-Road Bicycle Association chapter in Athens. SORBA built a mountain-biking trail at East Athens Community Park and meets up there every Monday at 6 p.m. A little farther away, Fort Yargo State Park in Winder is one of the state’s most popular spots for off-road biking.

Also, be sure to check out the same fitness apps listed above for user-generated rides.