Athens Food Deserts: For Many, Access to Healthy Food Has Dried Up 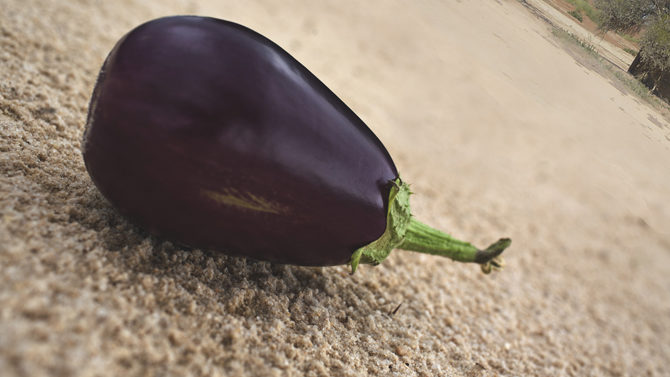 Food deserts—if you’ve lived in Athens for any extended time, you’ve heard this term tossed around and likely have a vague concept of what it means. Officially, the U.S. Department of Agriculture defines food deserts as “a substantial share of residents who live in low-income areas that have low levels of access to a grocery store or healthy affordable food retail outlet.”

Food deserts have been a hot topic locally dating back to the downtown Walmart debate a few years ago, and more recently with talk of a grocery store coming into one of the new mixed use developments under construction downtown.

A large number of Athens residents live in these areas—55,334 to be exact (based on data from the USDA ERS Food Access Research Atlas and the 2010 U.S. Census), which works out to about 47 percent of the population. Thirteen out of Athens’ 30 census tracts are labeled as food deserts, meaning that more than 33 percent of residents in those tracts live more than a mile from a grocery store, significantly limiting access to healthy foods. Those tracts cover a wide swath of East Athens, as well as downtown, the University of Georgia campus and parts of the Eastside, Westside and Five Points.

“Although not having a supermarket does not mean there are no other stores available, lack of supermarkets limits shopping choices of low-income individuals, which may have significant nutritional and health consequences in this population,” says Jung Sun Lee, an associate professor in the Department of Foods and Nutrition at UGA and a registered dietician.

A mile may not seem like much for a young, healthy individual who owns a car. For many low-income residents living in food deserts, though, this scenario is far from reality, as Connie Crawley, a registered dietician and Nutrition and Health Specialist for UGA’s Cooperative Extension, explains.

“If you don’t have a car, and you have to ride the bus to buy your groceries, you can’t carry six bags of groceries onto the bus and get it home,” Crawley says. “If you’re older and you already have complications due to diabetes… it’s going to be more difficult for you to get the food you need. Fresh produce weighs more, even canned vegetables weigh a lot. So you’re going to lean toward lighter foods which tend to be higher in starch and sugar. They’re easier to carry around and also tend to be cheaper.”

In addition to working with UGA, Crawley also volunteers at Mercy Clinic, a Christian health center for low-income, uninsured people in Athens. Tracy Thompson, the executive director of the clinic, says that “65 percent of our patient population is obese” and that “diabetes is the No. 1 disease state at Mercy,” also noting that goes back to obesity.

Thompson and her two interns, Lauren Ramcharitar and Audry Motlagh, agree that food access is the biggest obstacle for their patients. “It’s very hard for our patients to access any food that’s not Burger King, McDonald’s—something that’s really close by,” Motlagh says.

While access may be the biggest problem, most of the Mercy patients are also on food stamps and sometimes have difficulty affording healthy food, as well as getting to it. Ramcharitar says some of their patients “have been complaining that it hasn’t been enough lately, especially in the past few months,” citing the Supplement Nutrition Assistance Program cutbacks coming from the federal and state level since February.

SNAP benefits come once a month, and many recipients use those benefits in the first two weeks. Because it’s so hard to get to a grocery store for many people, recipients buy everything they need for a month. Then, of course, they’re not buying perishable items in that case, says Jerry Shannon, an assistant temporary professor in the geography department at UGA, whose research focuses on food deserts and defining them. Specifically, he is working to shift the focus away from a mere definition by distance to an understanding of how people use the food system.

“How do you decide to shop for food? Do you always go to the store closest to you?” Shannon says. It’s “related to transit, related to the kind of food that stores have, related to the way you see yourself and the type of food you want to get. All of those play into how and where you get food.”

Shannon describes these questions as spatial decisions, but more inclusive than the mileage to the nearest store with fresh produce. It’s important to think about these other factors, because some studies suggest that putting a supermarket into a food desert does not necessarily fix the problem.

Shannon references a study published earlier this year by Health Affairs that was done in Philadelphia, where a new supermarket opened in a food desert area and a survey was conducted before and after. The study found that people knew the store was there, but it didn’t change the way they shopped or the food they consumed.

“While they were aware the store was open, they weren’t doing anything differently. That’s an example of a study saying, ‘Well, does this model really work? Is it just a matter of bringing stores closer to people?’

“Big stores like Whole Foods could move into a low-income neighborhood, but it may not solve anything because people may not have the money to shop there or they may not feel comfortable going there,” Shannon says.

The study’s findings also question the previous notion that poor diet is strongly linked to poor access to food, casting doubt on the connection between food deserts and obesity.

“We say we should expect to see higher rates of obesity [in food deserts] because people are consuming a lot of high-calorie foods with little nutritional value,” Shannon says. “I think that model is coming under question, somewhat. Whether or not there’s a connection between food deserts and health outcomes is still uncertain. There’s some studies that have found that and some studies that have not found that.”

While distance and transportation means are dominant factors in food access, experts agree that food deserts are multifaceted problems, and, unfortunately, the solution is more complicated than moving grocery stores to neighborhoods lacking them. Even the most widely used grocery stores sell bad food, which means that education and planning are a big part of the issue as well.

To treat these problems, Mercy clinic offers their patients cooking classes, food demonstrations, access to physical activity centers and the opportunity to meet with nutritionists. “We do feel like nutrition is important, so that is highly addressed here. Top goal… to make sure our patients understand the importance of nutrition, especially with their disease state,” Thompson says.

The bottom line, according to Shannon, is this: “Healthy foods should be available to people as they go about their daily life.” And food deserts “make the lives of people with a lot of complications, more complicated.”