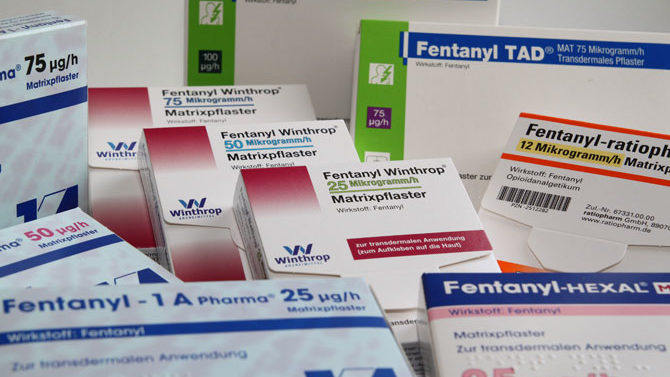 Deaths from the prescription painkiller fentanyl—which killed University of Georgia student David Peacock Braun— have been on the rise nationwide, and the drug’s effect on middle-class Americans has brought it to the forefront of conversation.

“Any drug use and any deaths are bad, but what we’re seeing is that this type of drug-related death is impacting middle America,” says University of Georgia police chief Jimmy Williamson. “Higher-ed communities, student-aged people and soccer moms… It’s starting to hit sectors most people wouldn’t have thought it would hit.”

Fentanyl is a prescription painkiller that is 100 times more potent than morphine and has similar effects to heroin. Jim Hinzman, administrator of the Athens Area Commencement Center, an alcohol and drug addiction recovery program, says fentanyl is a drug that is difficult to obtain, but extremely habit forming. “Fentanyl is extremely more addictive than the highest pain pill,” Hinzman says. “Fentanyl is a pain medicine, but even folks who are not addicts, when they stop taking it, are going to have physical withdrawal. So, it’s addictive, but also coming off of it kicks everybody into physical withdrawal.”

On Apr. 9, state medical examiners ruled that an accidental fentanyl overdose caused Braun’s death. The student was found dead in East Campus Village after his suitemates reported that they hadn’t seen him in days and thought something was wrong. Williamson says heroin was also found in Braun’s dorm room.

A correlation between heroin and fentanyl usage first became apparent to UGA police in 2005, when student Lewis Fish died of a heroin overdose. “We found out during that time in a lot of interviews that were conducted that heroin was making a big comeback with a certain group of people,” Williamson says. “When we investigated that death—same thing with this one—it became more apparent that fentanyl use with heroin use, however way it’s happening, we were seeing greater issues.” The exact relationship between the drugs is unknown.

Williamson says it is possible that fentanyl is added to heroin while it is made or that people are turning to fentanyl as a means to increase their high from heroin. “We’re not there when the drug’s being used, so it’s hard to say,” he says. “Was it added purposefully or was it added by someone else?”

But because of fentanyl’s strength, one unmeasured use of fentanyl could cause an overdose. “One use, someone who has never used it before, the potential for them overdosing with one use is very high,” Hinzman says. “It’s that strong. It’s got that much narcotics in it.”

Because users cannot guarantee the content of drugs, Williamson cautions against recklessness. “That’s why it’s very important that everybody think about how they do their drug use. You know, I have to say you shouldn’t use drugs because it’s illegal—bottom line,” Williamson says. “But in reality, I know there are people who are going to use drugs, and I’m more concerned about people dying.”

Anyone who chooses to use drugs should be careful with where the drugs are coming from and what drugs or alcohol are being mixed with it, Williamson says. “It’s not like you’re buying something from a pharmacy, where there’s regulations by government and there’s standards,” he says.

Prescription drug usage has become a nationally recognized problem, and in Georgia deaths from a combination of prescription and illicit drugs increased from 47 deaths in 2008 to 72 in 2012. The number of deaths from prescription drug overdoses also rose from 512 in 2011 to 520 in 2012, according to a report from the Georgia Bureau of Investigation.

While authorities are unsure where people are obtaining fentanyl, Williamson says it is under investigation by the Athens-Clarke County Drug Task Force. “The county is currently investigating their cases. There have been no rulings on those cases yet,” Williamson says. “The circumstances are very similar to the ones we witnessed in our cases, so we’re just trying to get people to think about this.”

Halting the market for drugs such as fentanyl or heroin, however, is not expected to be an easy task. “As long as there’s a market, there will be a supply. So there’s no one market and if we shut that one market down, it’s going to go away,” Williamson says. “The fact that you have people that want to use, there are going to be people who are out there.”