Jim Bowden, a retired Presbyterian pastor who served for 41 years, decided to look toward the Bible for support of same-sex partnership rather than for ways to condemn it.

“When I finally decided I don’t think the Bible is addressing this issue of same-gender committed relationships, I said, ‘What can we find in the Bible that would… enable us to support it?’” Bowden says. 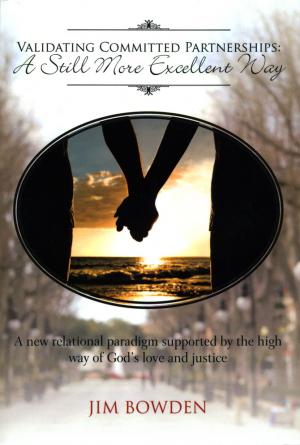 The justification of same-sex partnerships, along with the changing concept of marriage, is the focus of Bowden’s book, Validating Committed Partnerships: A Still More Excellent Way, and an upcoming series of Bible studies at Covenant Presbyterian Church of Athens, where he was pastor for 35 years.

His book was published in 2013, but Bowden began researching the relationship between the LGBT community and Christianity in the 1970s. At that time, a family in Bowden’s congregation had a son who was struggling with being gay.

“It was only after he left home that he told his parents, who were members of the church,” Bowden says. “And so I served as the pastor to the parents who were struggling with this.”

A study paper was also presented at a General Assembly of the Presbyterian Church meeting soon after. Both of these events led Bowden to learn more about the relationship between same-sex partnerships and the church.

In the Bible, there are seven passages that mention same-gendered relationships, and the passages from the Old Testament stem from the subject of rape, Bowden says.

“You couldn’t very well use that as a Bible saying [that] it’s against God’s will for two people of the same gender to be married or to be in a committed partnership,” he says.

Other passages deal with temple prostitution or false idolatry, Bowden says, and he did not interpret this as condemnation of same-sex relationships.

His book and upcoming Bible study do not solely focus on same-sex relationships, however. Both also discuss heterosexual relationships and marriage in relation to same-sex couples.

The definition and expectations of marriage and relationships have changed, Bowden says, as a result of cultural changes in past years, including the role of husband and wife in a marriage.

Bowden prefers to identify the relationship between couples as partnerships, rather than marriages. In Genesis, God sought a partner for man, and Bowden believes this term accepts same-gender partnerships and male/female partnerships outside of the Bible.

“When [same-sex couples] get older, they usually say ‘she’s my partner, he’s my partner.’ That fits beautifully with the second chapter of Genesis,” Bowden says. “I like the word partner, because it speaks to the present day, and we’re learning a lot from same-gendered couples who are wonderful partners.”

The church should provide leadership in the discussion of validating same-sex partnerships and welcoming LGBT members, Bowden says.

Mark Harper, current pastor at Covenant Presbyterian Church, says strides have been made in some churches to accept same-sex members, and that trend will continue.

“I really do think that there will be a movement, and there already is a movement, within many parts of the Christian family to look into ways to validate same-sex or same-gender partnerships,” Harper says. “I do think that’s going to increase.”

The Rev. Renee DuBose of Our Hope Metropolitan Community Church, a church that began as a spiritual safe place for LGBT people and performs commitment ceremonies and weddings for same-gender couples, said that, although some people use the Bible to support their disapproval of same-sex couples, she does not agree with those practices.

“A lot of people pin it on their religious beliefs, but sometimes religious people are some of the most closed-minded people I’ve ever met,” DuBose says. “And I speak as a religious person, or a spiritual person, so I’m in the camp, but I really don’t agree with most of their theology.”

The topic of same-sex relationships and same-sex marriage is also a controversial topic, DuBose says, but it is something which Athens is more accepting of than other areas in Georgia.

Bert Ballard-Myer, a member of Covenant Presbyterian Church, was one of the congregation members who helped organize the six-week study at the church. Ballard-Myer and her partner have been members at the church for around 11 years, and she hopes the study will help reach out more to the LGBT community.

“We want the LGBT community to know they are welcome there [at Coveneant Presbyterian Church],” Ballard-Myer says. “We want people to understand that gay marriage is not a threat to anything; it’s not going to diminish traditional marriage in any way. My hope is just that people will come and participate.”

Harper hopes this six-week study will help strengthen the relationships and commitments of members in partnerships—including traditional marriages and same-sex partnerships.

“We hope that this will help people in that circumstance know that there are at least parts of the church that want to celebrate those partnerships and those commitments and that there will be this sense of welcome into God’s family,” Harper says.

The classes and discussions at Covenant will run from Mar. 9–Apr. 13. The discussions led by Rev. Bowden will be held from 9:40–10:40 a.m. on Sundays and the same discussions will be led by Rev. Harper from 7–8 p.m. on Wednesdays.