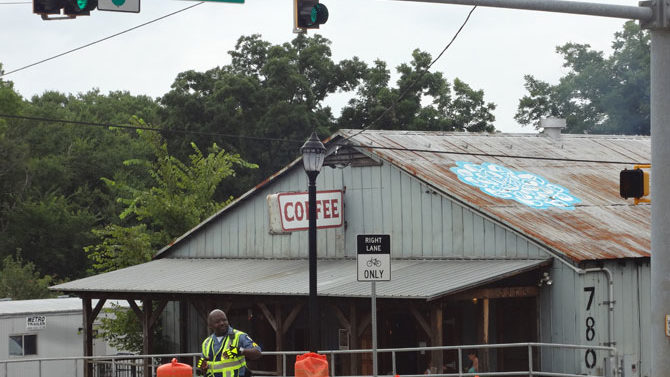 Reading through Athens-Clarke County’s code of ordinances is an exercise in patience. Or bewilderment. Or interpretation.

It’s not your typical light reading. But during an exchange between officials at the July 2 mayor and commission meeting, the interpretation of one particular item came up—specifically, Section 9-29-2 of the county code. At issue is the extension of Hickory Street through the Selig Enterprises development between East Broad and Oconee Streets and why the county no longer considers it a public street.

Eighteen months ago, when the first version of the development came to light, the issue of Hickory Street was second to the proposed big-box store on the site. That’s because, according to the county’s Transportation Corridor Concept Map, the extension of Hickory Street was part of a larger transportation plan implemented more than a decade ago. (Actually, the origins of the map, depending on which official you ask, range from 12 years to more than 60 years ago.)

Jo Ann Chitty, senior vice president at Selig Enterprises, tells Flagpole that Hickory Street was included in the development because it was part of the transportation map. “As advised by Athens-Clarke County staff during our planning process, the connection of Hickory Street to Oconee Street was required as part of the community’s 2010 land-use plan,” she writes. Selig wanted to adhere to that requirement, she adds.

So what’s with the debate over ordinances? The TCC map includes a future Hickory Street through the Selig property and, while plans now include the road, one more issue stuck like a thorn in a few commissioners’ sides: why this new extension of Hickory Street is not a public road.

Which is where the interpretation comes in.

According to the code, a “dedication” of a street—turning the property over from a private owner to the government—happens when “a development requiring a planning action, partition or subdivision takes place on the owner’s property.” “The development will result in increases in the traffic generated (pedestrian, bicycle, auto) in the area, by some measure,” and thirdly, “the property contains a future transportation corridor on the official map,” which is the Transportation Corridor Concept Map. When these three elements are met, according to the code, “land will be dedicated by a property owner.” 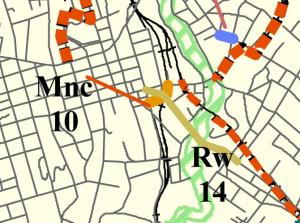 Commissioner Doug Lowry questioned Planning Director Brad Griffin on that topic on July 2. In his response—and in a later interview with Flagpole—Griffin noted that because the code did not call for compensation for the landowner, the street dedication was off the table because officials never discussed the exact route or buying right-of-way with the property owners.

“I don’t think we’re in the position to tell them, ‘It’s gotta be here, and you’ve got to dedicate it,'” Griffin told Lowry at the July 2 meeting. In a later interview, Griffin said if the road were public, “then we’re getting in the same issue where we need to acquire it from them.”

The TCC map exists so developers know about ACC’s future infrastructure plans. “The roundabout at Tallassee and Whitehead: it shows up on that map as an intersection improvement,” Griffin says. “So if someone came in and didn’t want that roundabout, they could pull a permit [to build where it was proposed].”

While the map doesn’t give the Planning Department the right to take that land away, the landowner would be notified of the plans for the intersection when the permit is pulled. Often, he says, it’s in the best interest of the property owner to go along with the TCC map because it will likely increase access to their development.

Griffin simply refers to the TCC map as a planning tool. “The map itself is anything from specific, detailed projects, it can be ones that show up on the state level, to local projects that are in the works, to intersections, to concept lines,” he says. And the purpose of these conceptual lines—or proposed roads—is that “we need to have a connection for long-range planning purposes.”

An April 26 Planning Department memo goes into a little more detail. In a note to the Planning Commission, “Section 9-29 of the Athens-Clarke County Code allows staff to protect certain planned transportation corridors from development activities that would otherwise block their route,” when that road is marked on the Transportation Corridor Concept (TCC) map.

But the memo goes on to note that “depending on the nature of the development, the protection of these corridors may be served through proper design or possible purchase by Athens-Clarke County.”

When a residential subdivision is built, the developer typically deeds the roads over to the county. David Clark, director of the county’s Transportation and Public Works department, says he can’t think of a time the county has paid a developer for a road. “That’s not to say it couldn’t happen, but it would be unusual,” he says. “The developer builds the streets to our standards and then turns them over.”

And typically, he added, a developer doesn’t want to manage the streets in their development because of the cost. “Most of the time the developer does not want to maintain the road over the long term.”

That’s not the case with Selig, which agreed to maintain the road through the development in order to keep it private. (The company is granting a permanent easement to ACC to guarantee public access.)

The extension of Hickory Street, according to the Planning Department, will include most everything a public road has — bike lanes, sidewalks and parking, for example. Selig’s site plan includes brick pavers near the intersection with East Broad Street, something not allowed on Athens-Clarke County’s public roads. Selig also can control parking as they choose, rather than Athens Downtown Development Authority meters, which oversees metered spaces, decks and surface lots downtown. By owning the street, Selig can close it for events whenever they like.

Another aspect of being a private street comes from the perspective of the required traffic study. Among its 459 pages, the report refers to the “site driveway” but does not address traffic flowing in and out of the roadway. Instead, the report, prepared for Selig by the Marietta firm A&R Engineering, recommends funneling westbound traffic on Oconee Street onto Foundry Street and a traffic signal at Foundry and East Broad streets to alleviate the increased traffic generated by the development. Clark tells Flagpole that if a development adds traffic to warrant a new traffic signal—”whether or not it’s adjacent to the development or down the street”—it’s the responsibility of the developer to pay for it.

As a state highway, Oconee Street is governed by the Georgia Department of Transportation. Teri Pope, spokeswoman for the DOT, says from the state’s perspective, all that matters is how the development accesses the state route, no matter if it’s a public or private road. “And [when] a commercial business wants access, they have to meet our standards, and they pay for the upgrades needed.” That means that another stoplight proposed by the traffic study on Oconee Street, at the entrance to the Selig development, would have to be paid for by Selig if it were approved by DOT.

Requirements for a new stoplight on a state highway follow guidelines in the Manual on Uniform Traffic Control Devices, a set of guidelines used across the country. “We require a traffic study to go along with it, but that is par for the course and typically [the developer] waits to get local approval because they know we require a lot of documentation to even look at it,” Pope says. “Commercial buildings used to do a lot of building on spec; now they wait until they are sitting on a permit to say go.”